Obesity continues to increase among children, despite previous national reports that the rate flattened, according to recent analysis.

Although a Centers for Disease Control and Prevention health survey last year showed that the overall rate of childhood obesity plateaued, a more granular set of data by the National Center for Education Statistics reveals that the numbers are only positive among children in wealthy households.

Ashlesha Datar, a senior economist and director of children and families at the USC Dornsife Center for Economic and Social Research, analyzed the Early Childhood Longitudinal Study and found obesity increased 20 percent among kindergartners from low- and middle-income households over the course of a decade, from 11.6 percent in the 1998-99 school year to 13.9 percent in 2009-10.

Kids are entering school with a significant obesity problem.

At the same time, the study showed the obesity rate of kindergartners from the wealthiest households fell 2.4 percentage points from 1999 to 2010.

The decline in obesity among wealthy children may explain the plateau in the CDC survey’s overall rate, Datar said.

The differences in the two studies’ results are a reminder that a sample’s size and representation can greatly influence scientific outcomes and conclusions. While the Early Childhood Longitudinal study involved more than 15,000 kindergartners, the CDC survey involved a smaller group — 5,000 participants — who ranged in age from birth to adult.

“These findings suggest that the news of overall static trends must be interpreted cautiously and underscore the need for understanding the drivers of these socioeconomic differences,” Datar wrote with UCLA researcher Paul Chung.

The findings were published in a research letter for JAMA Pediatrics. 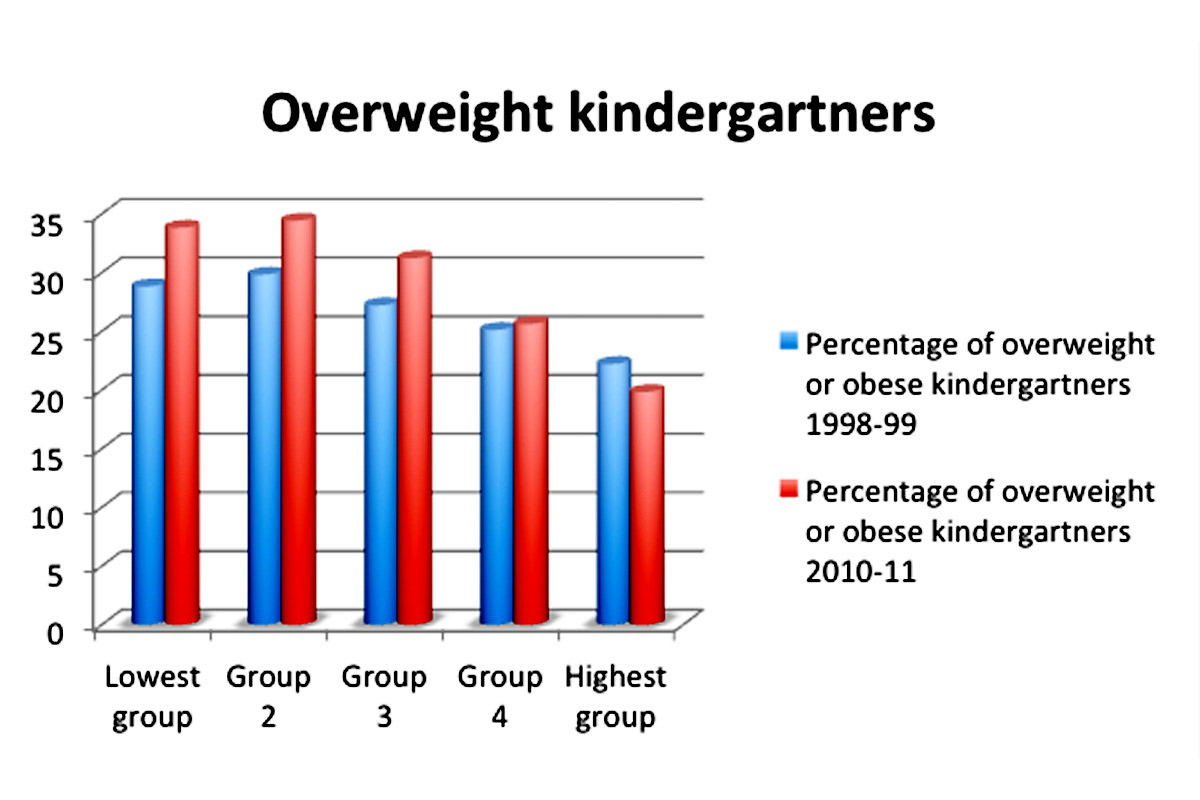 A USC research team will study discover whether stress in the lives of working mothers influences risk of childhood obesity in their children.

The largest genetic search for “obesity genes” in people of African ancestry has led to the discovery of new regions of the human genome that influence obesity in these populations and others.

A closer look at childhood obesity: In many groups, it’s still on the rise