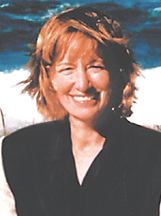 “A lousy husband can be a great leader or vice versa,” presidential historian Doris Kearns Goodwin once told the Los Angeles Times.

Goodwin was discussing Franklin D. Roosevelt and how his private life was as sordid as his public life was exemplary – turf she covered adeptly in her Pulitzer Prize-winning book of 1994, “No Ordinary Time: Franklin and Eleanor Roosevelt: The Home Front in World War II.”

But Goodwin, a former Harvard professor who makes frequent appearances on PBS’ “The NewsHour With Jim Lehrer,” might well have been discussing a major theme in many of her commentaries and three presidential biographies – how private vices often coexist with public virtues.

So it comes as no surprise that the author of the New York Times bestsellers “Lyndon Johnson and the American Dream” and “The Fitzgeralds and the Kennedys” will discuss “The Moral Authority of the Presidency” when she delivers next week’s President’s Distinguished Lecture at USC. The Nov. 8 lecture begins at 7 p.m. in Bovard Auditorium.

“What I mean [to discuss] is the ability of the president to mobilize the collective will of the people toward morally correct or socially just courses of action,” Goodwin said during a phone interview from her Boston home. “Roosevelt actually defined the presidency as a moral institution as opposed to the private moral behavior of the president.

“Some of the presidents I’ve studied were able to move the people,” said Goodwin, whose latest book (“Wait Till Next Year: A Memoir”) explores her life-long love affair with baseball. “For example, Franklin Roosevelt – first during the Depression and again during World War II – moved an isolationist nation into a commitment to the Allied cause. Lyndon Johnson mobilizing the citizenry on civil rights would be another example.”

If a recent president – particularly a Democratic one – has exhibited moral authority, Goodwin ought to know.

She has been acquainted with every president since John F. Kennedy, for whom her husband, Richard N. Goodwin, served as an aide. The Kennedys later gave her unfettered access to more than 150 cartons of family mementos spanning 50 years of inside history.

She knew Lyndon B. Johnson – “the most frustrating, powerful, irritating individual I’ve never known” – mostly in the last five years of his life, when she worked for him at the White House and helped with his memoirs at Johnson’s Texas ranch.

Her next biography will explore the life and presidency of Abraham Lincoln, a master at encouraging citizens to get in touch with “the angels of our better nature.”

“We haven’t seen that for such a long time,” Goodwin said. “Presidential speeches now are judged just as rhetoric or performance.”

The President’s Distinguished Lecture Series, now in its fifth year, brings a high-profile speaker to campus each semester. Past speakers have included Henry Kissinger and Margaret Thatcher. Former President George Bush will deliver the spring-semester address on March 30.Tickets to Doris Kearns Goodwin’s lecture are available from the USC Ticket Office at $5 for USC students; $10 for faculty, staff and senior citizens; and $20 to the public. For information, call (213) 740-2167.

Doris Kearns Goodwin to Assess ‘Moral Authority of the Presidency’