Donn Sherrin Gorsline, professor emeritus of Earth sciences at the USC Dornsife College of Letters, Arts and Sciences, has died. He was 88.

Gorsline died at his home in Los Angeles on May 27. 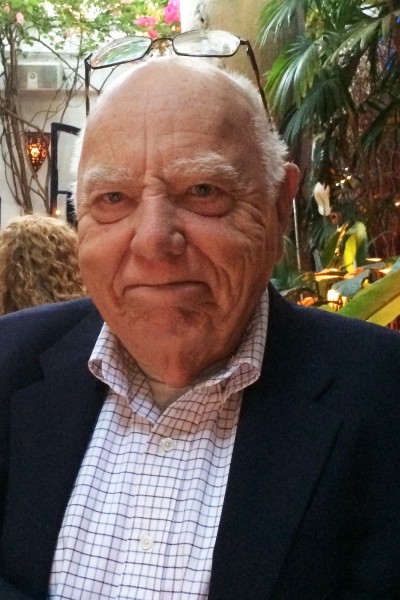 Considered by many as the leading marine geologist of the latter half of the 20th century, Gorsline studied the offshore coast of Southern California, exploring information harbored in sediments of the Pacific Ocean and the Gulf of California. His research on the sea floor unearthed evidence of climate change and examined the effects and frequency of seismic activity and flooding on sediment deposits. His work was described as pioneering and foundational in the field.

“He was a true giant in post-Sputnik USC science,” said William Berelson, chair and professor of Earth sciences and environmental studies. “With his arms across his chest but a twinkle in his eye … he touched so many with his kindness and earnest love of geology.”

Born in Los Angeles, Gorsline was the elder son of Rhea and Seymour Gorsline and grew up just north of the University Park Campus. His home, built in 1878, is the oldest in the area and a Los Angeles Historic and Cultural Monument.

When the Korean War erupted, Gorsline applied for direct commission as an ensign with the U.S. Naval Reserve and was called to active duty in March 1951. He was assigned to USS Skagit AKA/LKA 105 and USS Sedgwick County (LST-1123), where he spent the majority of his service in the waters of Japan, Korea and Hong Kong. He was released from active duty in November 1952 following a promotion to lieutenant junior grade.

Gorsline returned to his graduate studies at USC after the war, completing his M.S. in geology in 1954 and his Ph.D. in 1958 under renowned marine geologist Kenneth “KO” Emery. Gorsline joined the faculty of the Oceanographic Institute at Florida State University in 1957 but returned to USC as an associate professor in geological sciences in 1962, taking the place of his former graduate school mentor, who had retired from USC.

Before his retirement, Gorsline extended his legacy of marine geology science through his mentorship of 126 master’s degree and Ph.D. students. He also helped faculty and students at universities in the Mexican cities of La Paz and Ensenada establish their own programs in marine geology. He was highly regarded and well-liked by his students and colleagues, who noted in particular his amenable style of leadership.

“The most important aspect of all the accomplishments and awards is how they were achieved — always with equal doses of integrity, humility, compassion and style,” said Jon Schwalbach, who earned both a master’s degree, in 1982, and Ph.D., in 1992, under Gorsline. 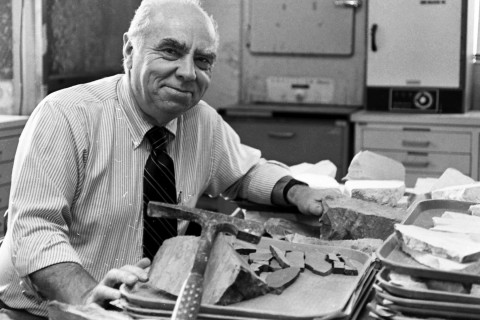 During his tenure at USC, Gorsline was deeply active in the Society for Sedimentary Geology (SEPM), the largest organization of its kind. In the 1970s, he served as SEPM’s president and editor of its flagship publication, the Journal of Sedimentary Petrology. In 1983, SEPM bestowed on Gorsline the Shepard Medal in Marine Geology, one of the highest international honors in marine geology. He received the Pacific Section of SEPM’s A. Eugene Fritsche Lifetime Achievement award in 2012.

Gorsline’s career as a researcher and instructor was punctuated with other honors and accomplishments. In 1993, he received the A. Raubenheimer Award for Excellence in Research from USC — an award honoring faculty for excellence in teaching, research and service to the university. In 1998, he served as chair of the earth sciences section of the American Association for the Advancement of Science and later was named an AAAS Life Fellow. In 2001, he received a Distinguished Emeritus Award from USC.

He also served as a member or chair on committees and panels for numerous organizations, including the National Science Foundation; the U.S. Department of Energy; the Geological Society of America, where he was a senior fellow; the U.S. Office of Naval Research; the Deep Sea Drilling Project; and the International Geoscience Program.

The Department of Earth Sciences will hold a celebration of Gorsline’s life and work in the fall.

Gorsline’s ashes will be scattered at sea as part of a private gathering of friends this summer.

Jessica Dutton, postdoctoral scholar with the USC Wrigley Institute and a Gorsline family friend, contributed to this article.

If you lived here, you’d be home now

Would the ‘Big One’ live up to the Hollywood hype? Perhaps, but in different ways than the new movie suggests.