Kickoff times and television plans have been set for six of USC’s 2015 football games, including the Trojans’ first four home contests. 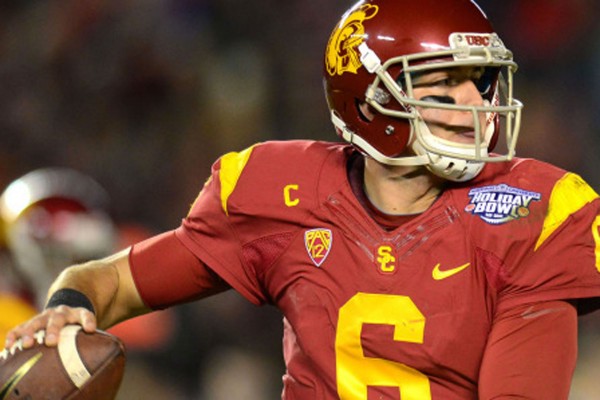 USC’s first three games of 2015, all at home in the Los Angeles Memorial Coliseum, are set:

USC’s Oct. 8 Thursday home game against Washington will air on ESPN at 6 p.m. PDT. The Trojans’ traditional intersectional battle against Notre Dame, this year on Oct. 17 in South Bend, Ind., will kick off at 4:30 p.m. PDT on NBC.

Start times and televising networks for USC’s remaining six games will be made six to 12 days before each contest.

The Pac-12 has television agreements with ESPN (including ESPN2, ESPNU and ABC), Fox (including Fox Sports 1) and Pac-12 Networks that will allow every conference football game to be shown live nationally in 2015.

A dream comes true for the 18-year-old freshman who lost his sight as a child.

The former football coach is among 16 honorees at this year’s presentation ceremony.

Former Trojan tight end and NFL veteran makes good on his commitment to get a diploma.

With $300 million raised, the department’s Heritage Initiative meets its Campaign for USC goal.