This year’s 16 awardees include individuals who have conducted groundbreaking research on the human body and made game-changing discoveries in outer space. Among the recipients are Nobel Peace Prize winners John O’Keefe (medicine, 2014) and Daniel Kahneman (economic sciences, 2002).

I am thrilled … to be among Nobel Prize winners.

“I am thrilled to receive the honorary degree, to be among Nobel Prize winners, 138 Rhodes Scholars and the highest percentage of Ph.D. students of any university in Canada,” said Slavkin, a former dean of the Herman Ostrow School of Dentistry of USC from 2000 to 2008. He retired last year.

“It’s a very special tribute to my research colleagues at the Center for Craniofacial Molecular Biology in the Herman Ostrow School of Dentistry at USC,” Slavkin said. “I feel that ‘we’ are being honored.”

Ahead of the field 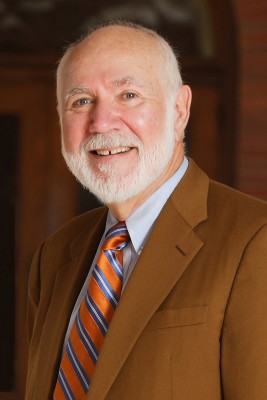 It was a McGill connection — Richard Greulich, who received his Ph.D. in anatomy from the university — that first got Slavkin interested in a career in the biomedical sciences, he said.

“During [Greulich’s] education and training with Charles Leblond at McGill, Richard became enormously talented in the use of the then-emerging technology of autoradiography — a methodology to trace isotopically-labeled molecules as a visualization using light microscopy,” Slavkin said.

“I benefited from his mentoring and the use of this approach for studies of developmental craniofacial biology.”

According to QS World University Rankings, McGill University is currently ranked 21st and has placed among the top 25 universities in the world for 10 years in a row.

Slavkin’s honorary degree recognizes his leadership in research on the genetics of oral and dental development. He is also a longtime advocate for increased access to health care for underserved populations, particularly vulnerable children and elderly adults.

According to McGill University, the awarding of honorary degrees is a method by which the university expresses its highest ideals and standards, recognizing those individuals whose accomplishments are of such excellence that they provide inspiration and leadership.

The annual event brings students together with their benefactors.

R01 grants are the building blocks of the school’s success, associate dean says.