Take a look at the university’s memorable moments from past ceremonies, including a wardrobe adjustment for John Wayne and an alumna’s canine who walked away with a “dog-torate.” (Do you have any memorable pictures you’d like to share with us? Send those favorites to USC News at newsinfo@usc.edu.) 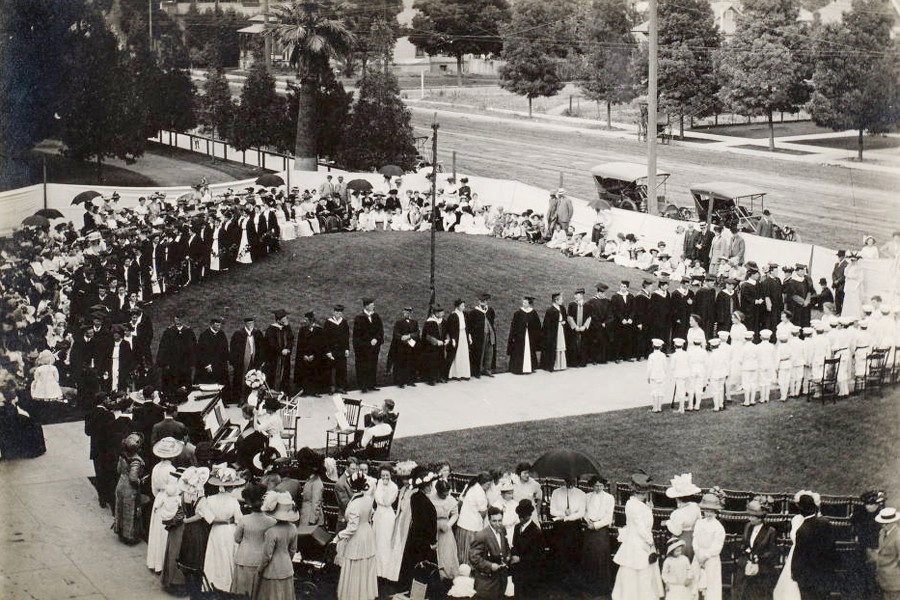 1914: Graduation was conducted on the grass in front of the College of Liberal Arts (or “Old College”) building, along with live music performed on a piano.  (Photo/USC Digital Collections) 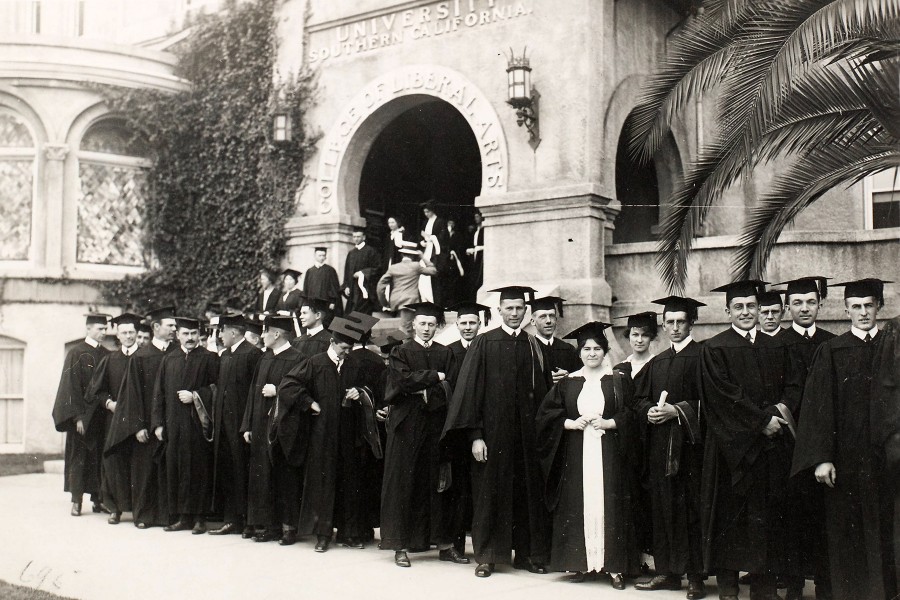 1915: Graduates line up in front of the USC College of Liberal Arts. (USC Digital Libraries) 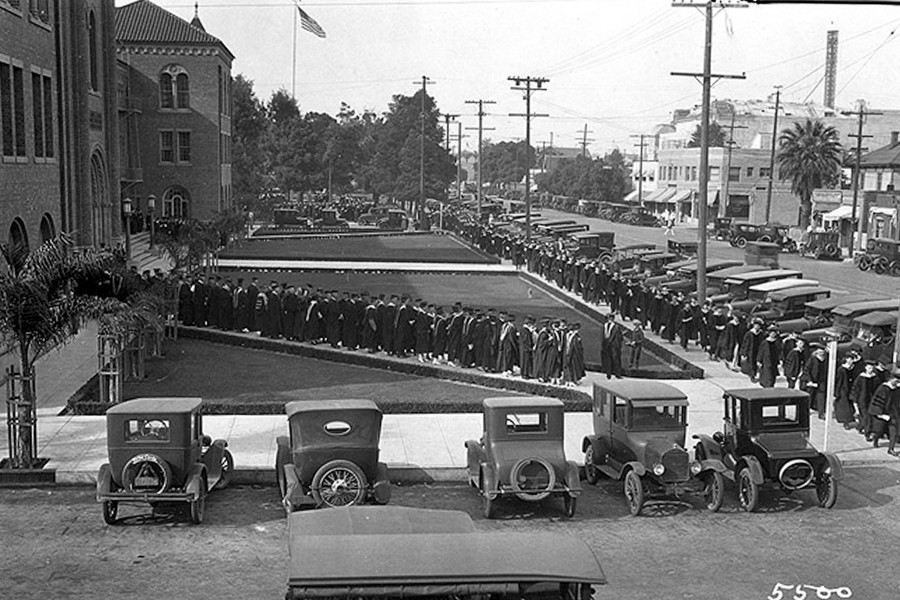 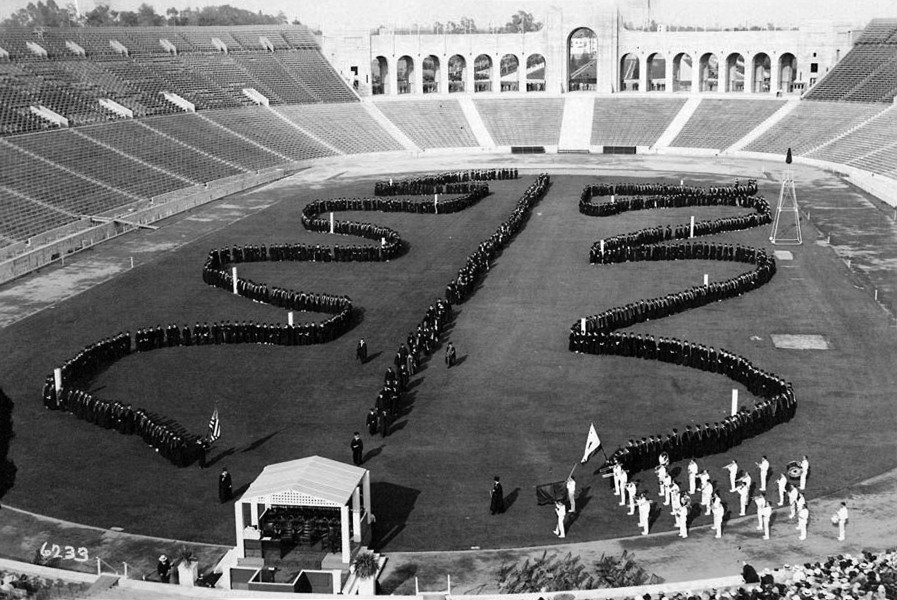 1926: The students create the Academic Serpentine, as the president, deans and faculty advance through the rows of graduates who received their diplomas in the Coliseum. (USC Libraries) 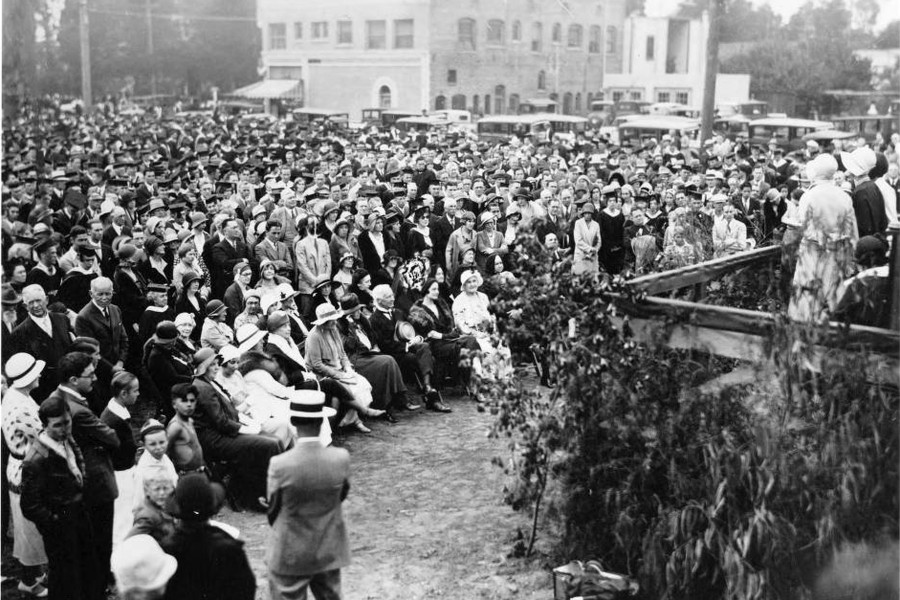 1931: A crowd gathers for commencement and a groundbreaking ceremony for Doheny Memorial Library. (USC Libraries) 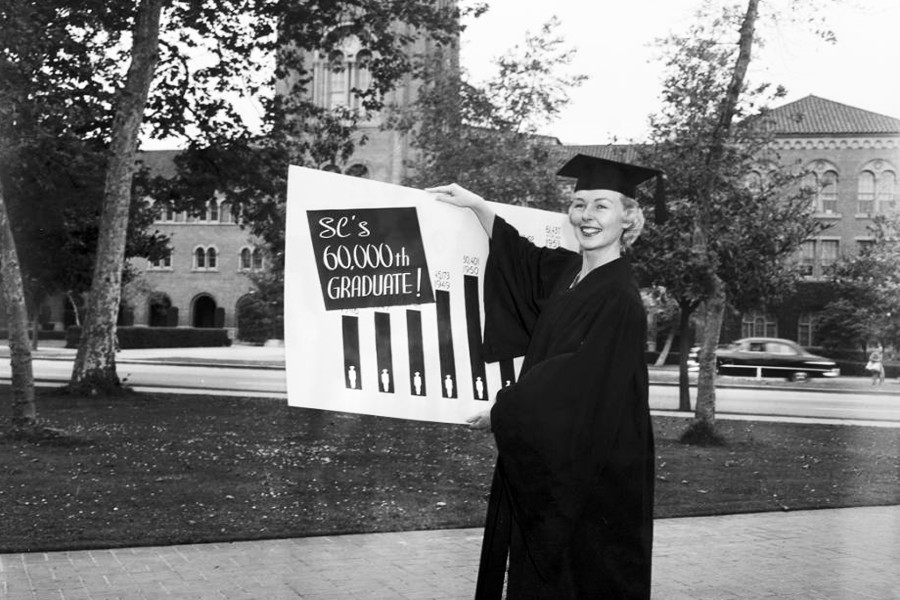 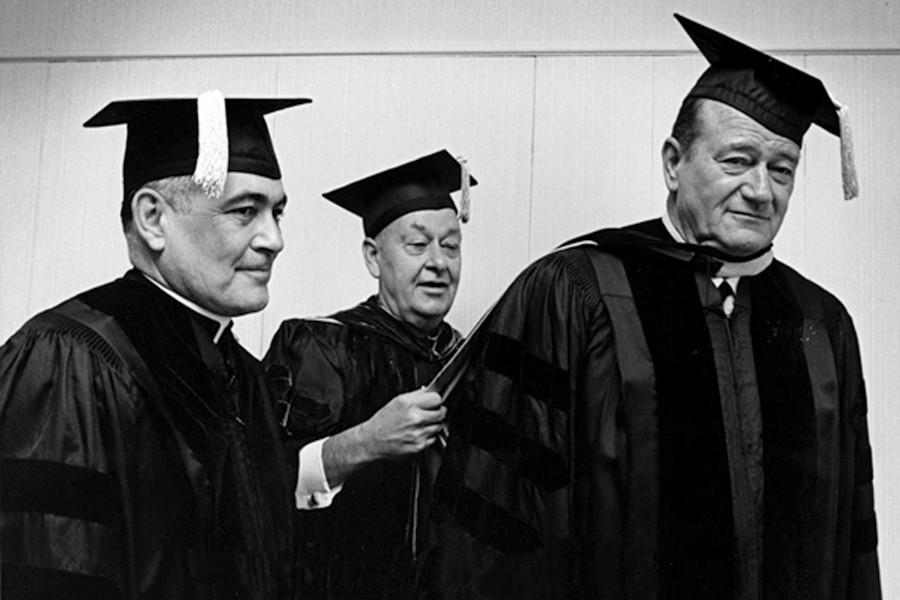 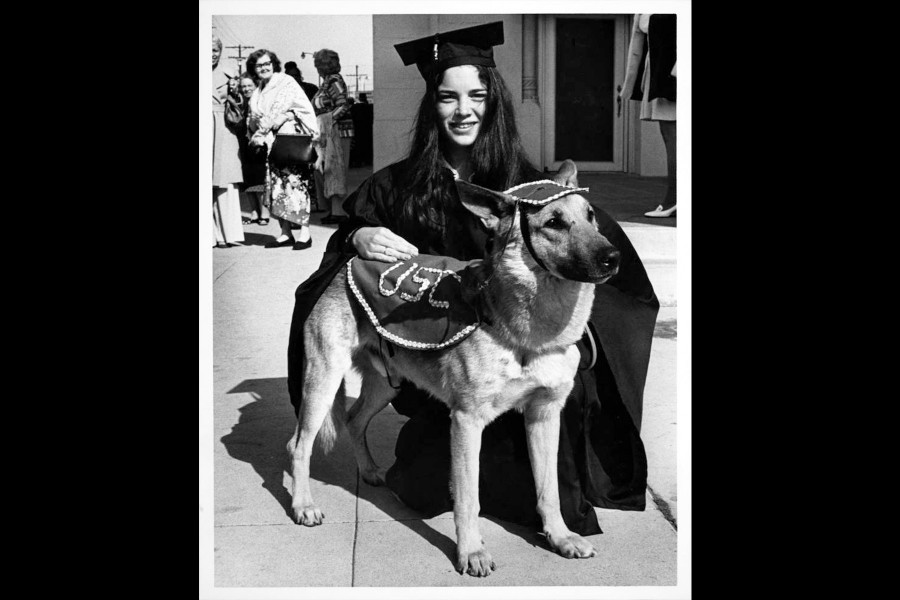 1975: Christina McCluggage received a bachelor’s degree with honors in political science. Joker, who attended every class with his owner, earned a “dog-torate.” (USC Digital Collections) 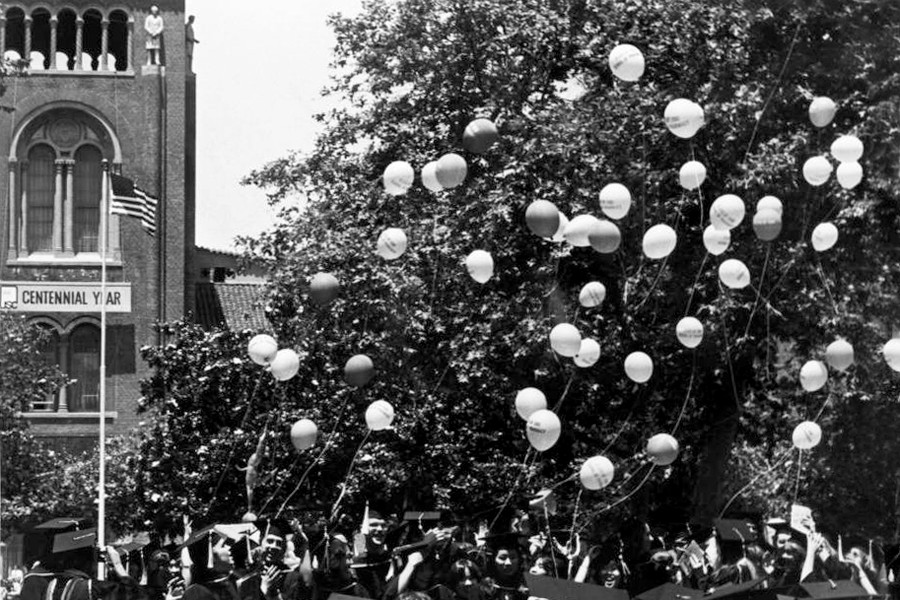 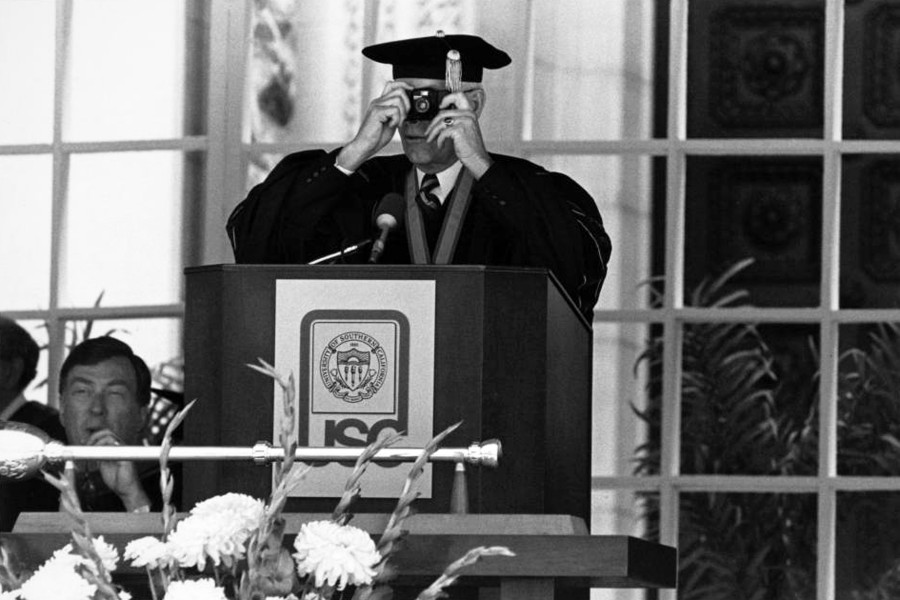 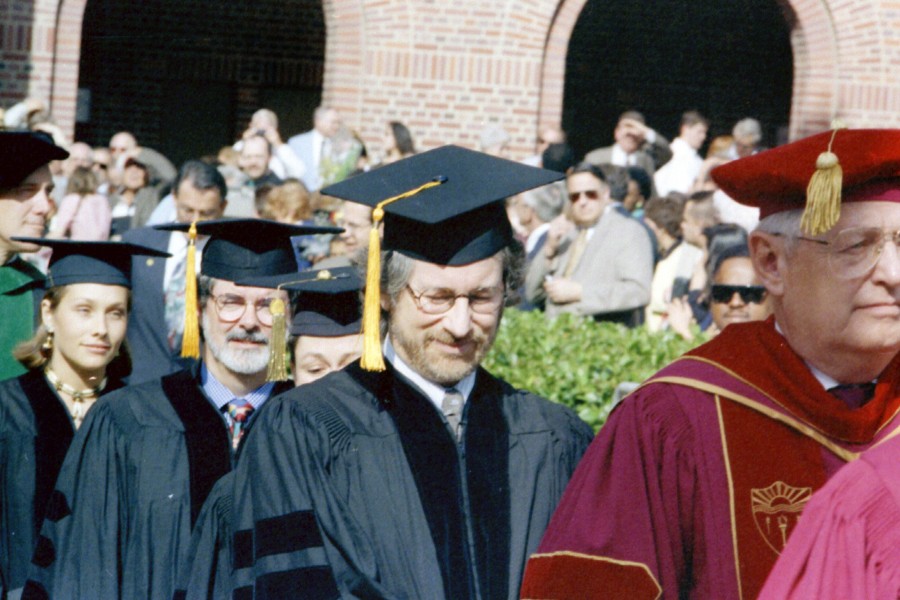 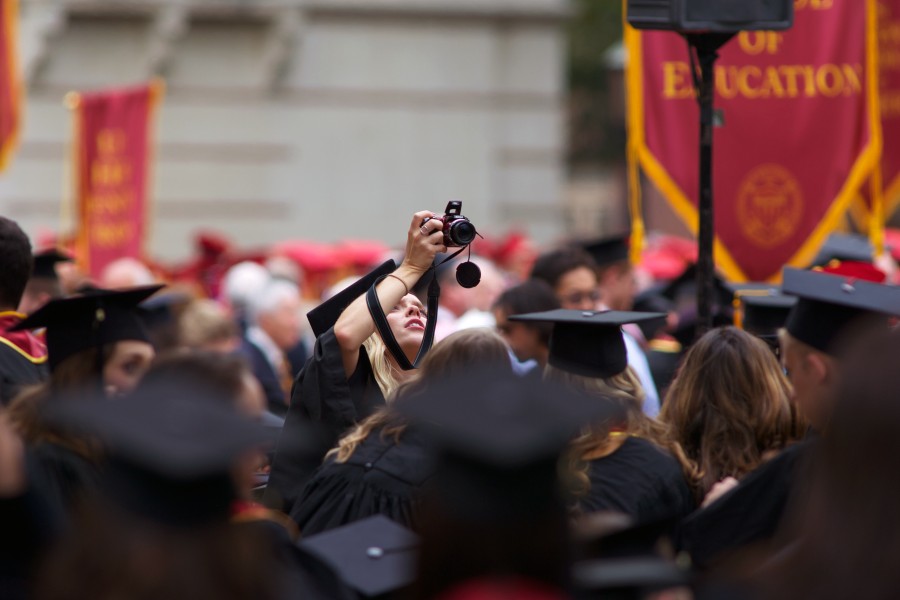 2012: A student captures memories that will last a lifetime. (Photo/Dietmar Quistorf) 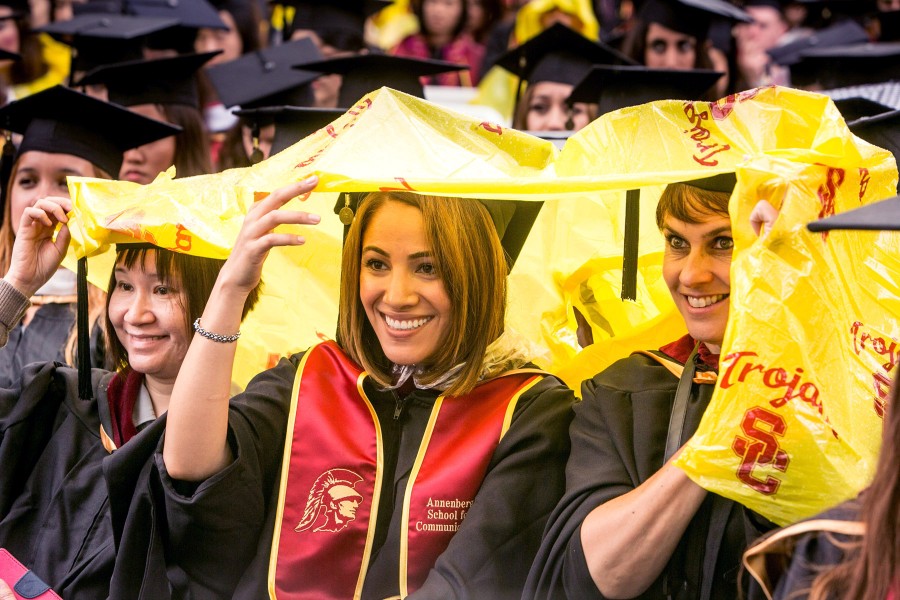 2015: Trojans care for Trojans, even on a rainy commencement day. (USC Photo/David Sprague) 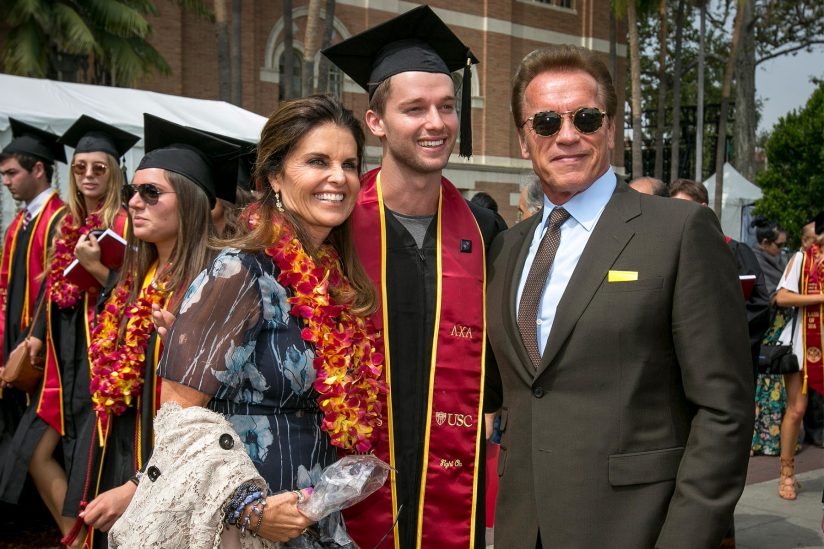 2016: Maria Shriver and Arnold Schwarzenegger pose for a photo with their son, Patrick, after the main commencement ceremony. (USC Photo/David Sprague) 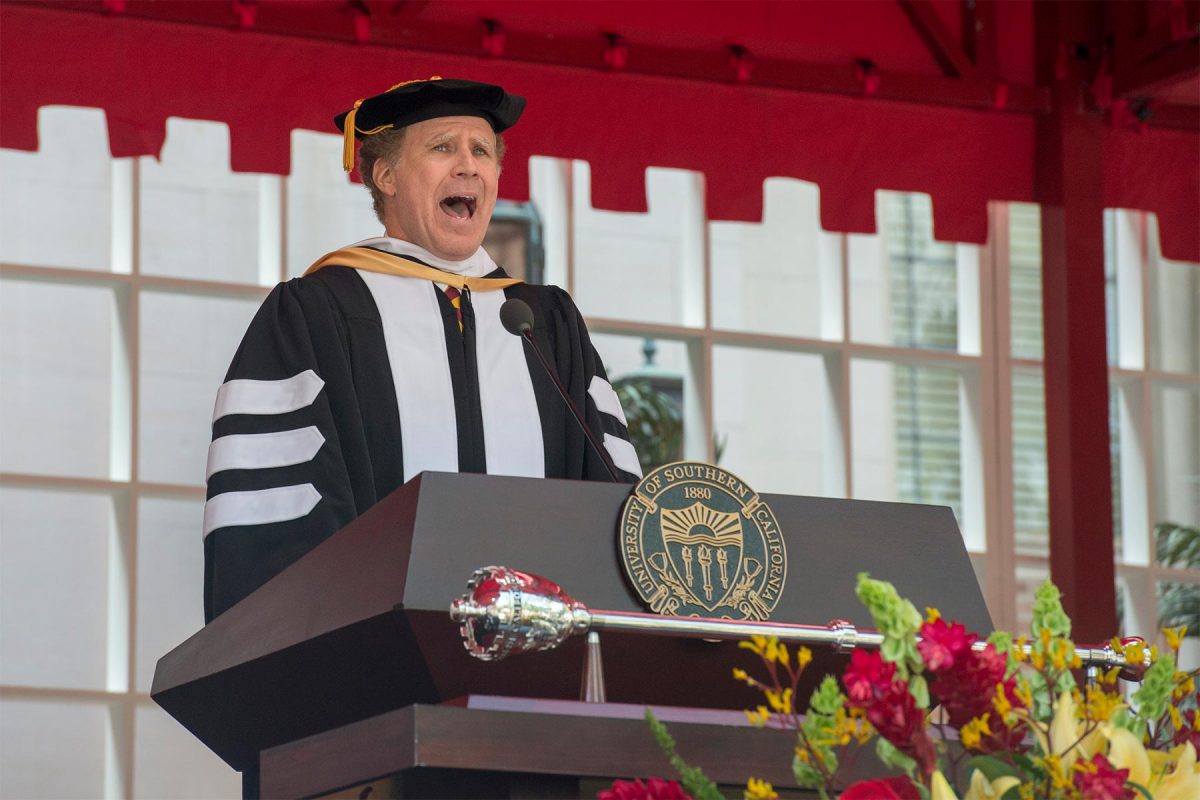 2017: Commencement speaker Will Ferrell ’90 sings “I Will Always Love You” to the graduates. (USC Photo/Gus Ruelas) 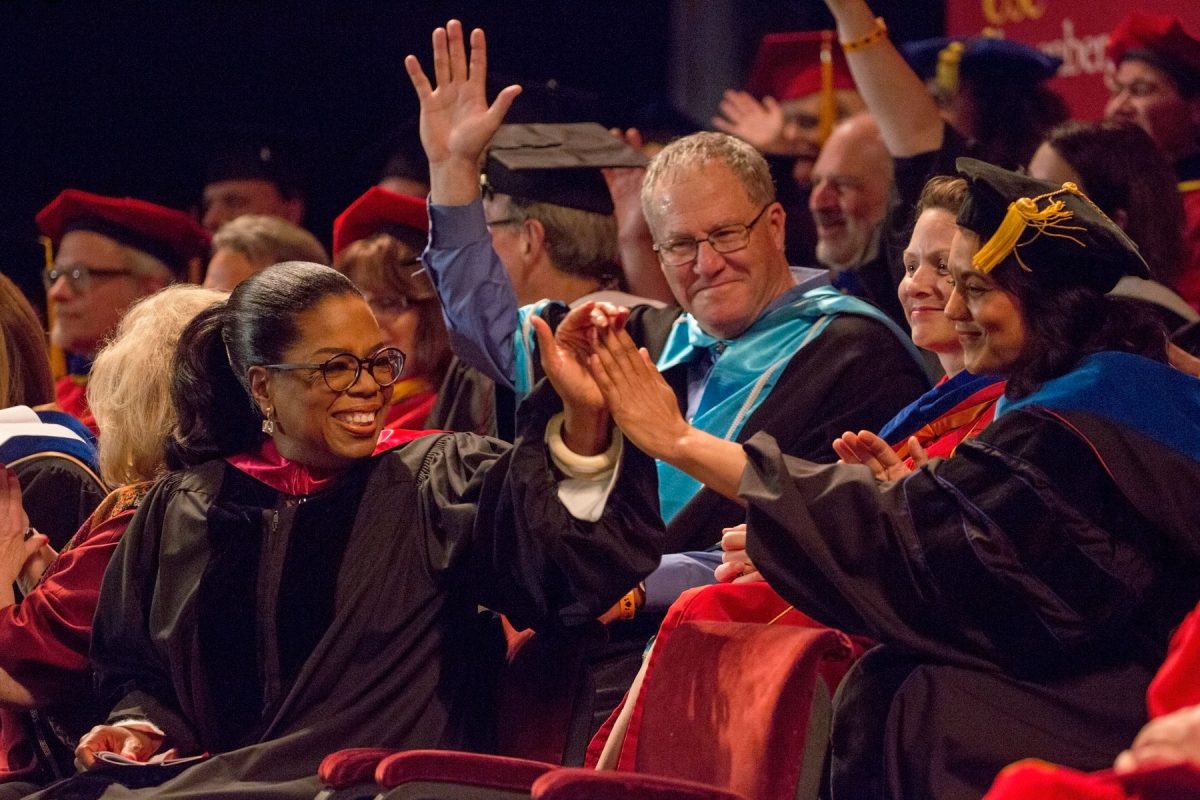 2018: Oprah Winfrey shares a light moment during the USC Annenberg School for Communication and Journalism commencement, at which she was the featured speaker. (Photo/Karen Ballard)

USC commencement 2019: What you need to know if you’re going

Thousands will descend on the University Park Campus for the university’s 136th commencement on May 10 — so you’ll want to plan ahead.

Recipients include a groundbreaking U.S. Congress member, a world-renowned dancer, extraordinary humanitarians and philanthropists, a pioneering statistician and a USC music icon.

Bass, chair of the Congressional Black Caucus and the first African-American woman to serve as leader of a state legislative body, returns to her alma mater for the May 10 festivities.

The late-night talk show host and comedian has a long history of work outside of entertainment and advocates for national health care for all.