The digital world depends on algorithms — sets of detailed instructions that computers follow to solve problems.

Algorithms determine the ads we see on the Internet, matchmaking on OKCupid and the news in social media feeds. In a computerized era, these processes will only continue to grow in importance and complexity.

Because algorithms are the foundation of computer science, most engineers spend a lot of time in development and test phases. However, the majority of algorithms created by academics never make it outside the classroom.

Kenny Daniel, a former Ph.D. candidate in the Department of Computer Science at the USC Viterbi School of Engineering, has seized an opportunity to bring algorithms into the marketplace.

“Engineers develop new algorithms on a daily basis, but what normally happens is that they write a paper about it, get it published and move on,” Daniel said. “These algorithms don’t make it out into the world, where they could actually benefit people.

“There’s a huge supply of algorithms and a huge demand for them; they just aren’t meeting,” he added. “I saw this as a perfect opportunity to build a market.”

And so he has. Algorithmia, a prototype that works like the Apple Store, allows users to buy uploaded codes according to their needs.

With Algorithmia, users can purchase and download instructions that allow their computers to perform specific tasks, such as language processing. The cost varies between $20 and $100 for each algorithm, and the author sets the price. 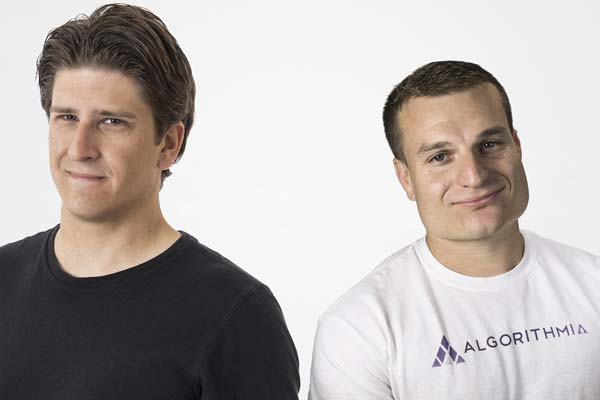 Before Algorithmia, Daniel and his best friend, Diego Oppenheimer, had considered building a computation market. And in 2008, when Daniel enrolled in the doctoral program for computer science at USC and Oppenheimer landed a job at Microsoft, they developed the idea for their prototype.

“As a graduate student, I became familiar enough with the experience of working hard to create an algorithm and then just throwing it away,” Daniel said. “On the flip side, Diego had a more corporate vision.”

Initially, the friends did their project on the side, but developing the prototype required a full-time commitment. In the fall of 2013, they took the leap.

After six years at USC Viterbi, Daniel decided to expand his academic research, while Oppenheimer quit his job at Microsoft. The partners rented some office space in Seattle, where Oppenheimer’s family lived.

“As we started building Algorithmia, I would work every night with Kenny from 9 p.m. to 4 or 5 a.m., and then go to my ‘day’ job at Microsoft.” Oppenheimer said. “We eventually realized that it was time to switch from eight hours a night to full time.”

The moment we started getting attention from investors, the entire tone of the conversation changed.

Now all those long hours are beginning to pay off. Algorithmia now employs six software engineers and has started developing projects for a small number of companies.

“The moment we started getting attention from investors, the entire tone of the conversation changed,” Daniel said. “We confirmed that our initial hypothesis was true, and that a connection between companies and algorithm developers would be mutually beneficial.”

Daniel believes that he wouldn’t have been able to develop the idea without the influence of his classmates and professors at the USC Viterbi.

“Soon after Kenny joined USC, he talked about his idea of creating algorithms to support new markets,” said Sven Koenig, Daniel’s doctoral advisor at USC. “It was no big surprise to me that he became interested in applying his ideas in a more applied and thus non-academic setting. The idea behind Algorithmia is unique.”

Can a computer craft compelling stories?

The team’s 3-D models suggested a likely answer to a question that has long plagued geologists.

Scientists are increasingly developing programs and technology that do things the way people do.

Algorithms move from academia to marketplace