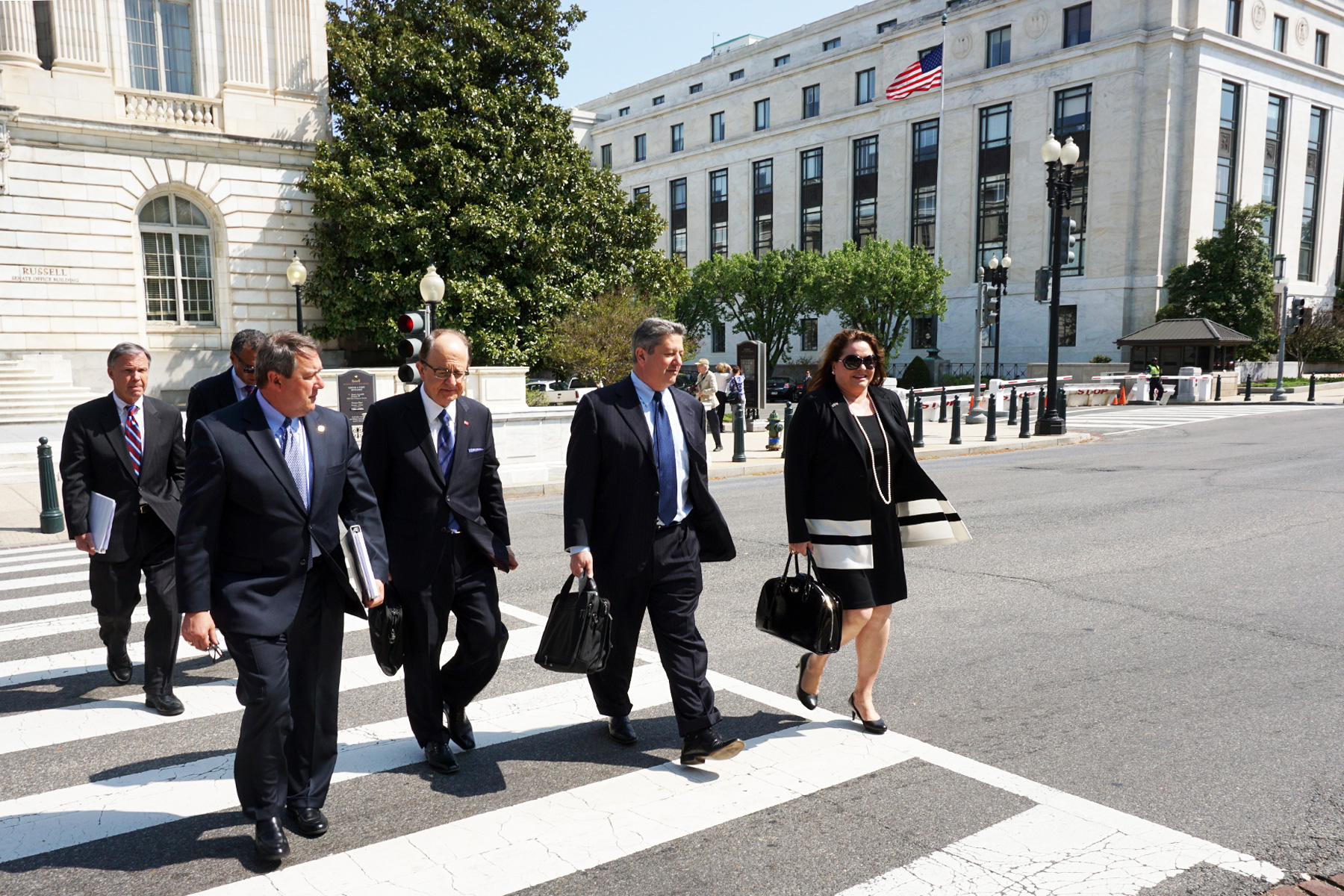 The group also engaged in a roundtable discussion with Alejandro Mayorkas, deputy secretary of the Department of Homeland Security. Mayorkas discussed the department’s priorities including cybersecurity and talent development, and signaled his interest in developing a closer working relationship with USC.

Across both sides of the aisle, legislators voiced their support for maintaining medical and defense research funding and expressed tremendous interest in USC’s Institute for Creative Technologies and CREATE (National Center for Risk and Economic Analysis of Terrorism Events) initiatives, which enable technology-driven innovations in areas including intelligence and veteran care.

With more than $687 million in annual research expenditures including over $430 million from the federal government, USC’s research enterprise relies on adequate and sustained federal funding for basic and applied research.

“The research we carry out at USC carries a dual benefit,” Nikias said. “Of course, it creates the foundation for major advances in areas such as health and medicine, communications, food, economics, energy, and national security. But it also helps educate students to be scientific leaders and innovators.

All of the legislators we spoke with today see the importance — as well as the competitive edge — these attributes give our nation, and it is my hope that funding for these important programs will indeed be sustained.

“It is my hope that funding for these important programs will indeed be sustained.”

In addition to research, lawmakers shared USC’s concerns about the potential for a government-imposed rating system that lumps the nation’s 4,000 post-secondary institutions together, while ignoring key academic metrics.

“While we are 100 percent in favor of accountability and transparency,” Nikias said, “we want to ensure that any information disseminated by the government paints an accurate picture for parents, students and other stakeholders. Based on the information we have today, however, we have serious concerns about how a government rating system would achieve this important objective.”

Following a full day of back-to-back meetings with legislators, Nikias hosted a reception for elected officials, alumni, parents and friends of the university. In his remarks to the audience of nearly 200, he spoke about USC’s significant economic and cultural impact, and provided an update on the construction of USC Village, which is on track to be completed by 2017.

The new program combines courses in international relations with highly sought internships in the nation’s capital.

Want a career in politics? Work for an elected official and go in with realistic expectations, the former mayor tells Trojans.