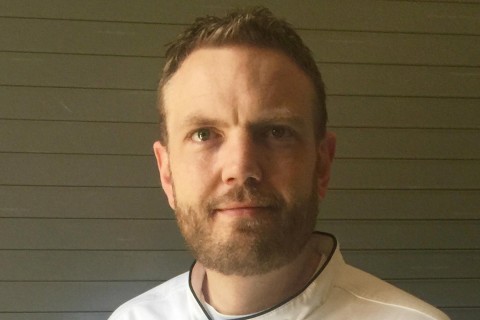 Usually Chef David Teal is cooking up tasty treats for students at the Everybody’s Kitchen dining facility. Over the weekend, though, he was cooking for judges at the National Association of College and University Food Services’ Pacific Regional Conference — and brought home the gold medal. 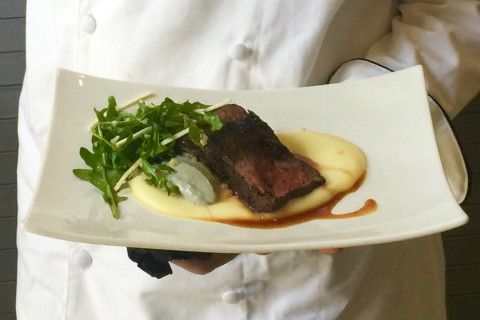 Teal faced fierce competition from nine other universities including crosstown rival UCLA. “It’s not easy to put yourself and your skills on stage for all to see and critique,” said USC Executive Chef Eric Ernest, who works closely with all USC chefs and is responsible for their training and development. “David’s commitment to culinary excellence has paid off and he has done USC Hospitality proud.”

Teal was cheered on by USC Hospitality associates attending the educational conference. His win was met with deafening shouts and yells with hands in the air displaying the “V” for Victory salute.

“David’s passion and commitment to technique paid off,” said Eric Russell, USC associate director of residential dining. “I continue to be impressed by his dedication and ability to deliver on the plate.”

USC Hospitality chefs continue to shine both on and off campus. Chef Joshua Trovato, also from Residential Dining, is maintaining his presence as a competitor on Fox’s Hell’s Kitchen.

USC Hospitality is a division of USC Auxiliary Services and operates over 30 food and beverage venues on the University Park and Health Sciences campuses as well as two off campus venues, and also offers full-service catering. For more information, visit the division’s website.

Students have (and are) a ball at Bubble Bowl

Unique soccer tournament has participants bouncing all over the place.

The donation means three of the $650 million project’s nine residential colleges are endowed.