After graduating with a bachelor’s in religion, the former Trojans offensive tackle was a first-round NFL draft pick by the Green Bay Packers. During his rookie season, his team won Super Bowl XXXI.

“My plan was to have a 15-year NFL career,” he said, “and then do ministry afterward.” 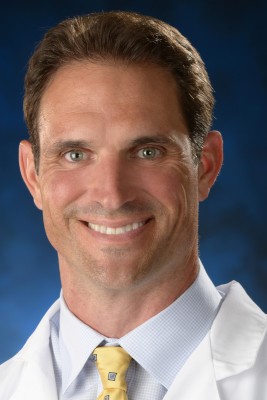 John Michels graduated from the Postbaccalaureate Premedical Program in 2004. (Photo/Courtesy of John Michels)

Not part of Michels’ plan was blowing his right knee out at the end of his third year. He endured six reconstructive surgeries and extensive physical rehabilitation, but when he tried to go back and play, he couldn’t. His knee just wasn’t getting better.

“This injury changed the entire course of my life,” Michels said. “And I thought, if I can keep this from happening to others, then that’s a life well-lived. That’s what inspired me to go into medicine.”

Michels had no background in the natural sciences and was already several years out of college, so when he learned about the Postbaccalaureate Premedical Program at the USC Dornsife College of Letters, Arts and Sciences, he decided it would provide him with the perfect path forward. He graduated from PPP in 2004, attended the Keck School of Medicine of USC and is now a practicing physician in Orange County.

Launched in 1999, PPP is designed for students who have earned their undergraduate degrees and need to complete the core science classes required for medical, dental and veterinary school. The program accommodates both recent graduates and professionals looking to change careers, with an emphasis on fostering a supportive, resource-rich environment tailored to the unique needs of these students.

Participants have access to academic and pre-professional advisement and mentoring, a host of opportunities for clinical experience and research — including global medical missions — and a sense of community among their fellow students.

“We have a very tight-knit group and everyone is very generous with studying together, sharing notes and encouraging each other,” said second-year PPP student Kara Tanaka.

Students in Tanaka’s class have even set up a tutoring program for the program’s first-year students.

“In addition to student mentorship, we keep in touch and network with our alumni,” said Larry Singer, professor of chemistry and PPP faculty adviser. “Those who go on are almost always willing to help those that come after them. That’s the spirit in the program.”

From movies to medicine

There are typically around 35 to 40 students admitted each fall. Some come from USC, the remainder from a wide variety of liberal arts colleges and larger universities around the country. About one-third of admitted students enrolled promptly after their undergraduate studies.

We’ve had some real career-changers over the years.

“We’ve had some real career-changers over the years,” Singer said. “Some joined the program after working in other careers for a dozen years — one gentleman had a 25-year career as a successful movie producer before completing PPP and entering the Keck School of Medicine of USC.

“PPP graduates have a good chance of success: 75 percent of first-time applicants get into medical school and 50 to 75 percent of those who reapply gain admission,” Singer said.

PPP graduates have gone on to medical school at universities such as Dartmouth, Northwestern, Columbia, Emory, Georgetown and Vanderbilt, as well as UCLA and USC.

Like Michels, Tanaka decided to pursue medical school after initially pursuing a different career — in her case, working in the contemporary art field for five years as a conceptual sculptor.

I wanted to have a more direct effect on people’s lives.

“During those years I was making art, I kept thinking about the body, its future and how much it informs our experience as human beings,” she said. “I started to realize this was my main area of interest — how our lives can be made better by improving the body — and I wanted to have a more direct effect on people’s lives. Medicine seemed like a better place for me to do that.” 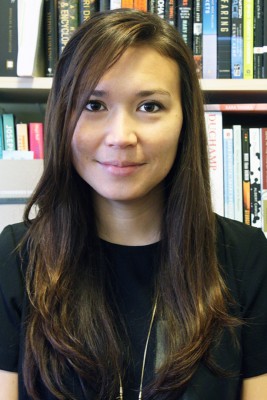 Kara Tanaka came to PPP after years as a sculptor. (Photo/Ian Arenas)

During her nearly two years in the program, Tanaka has had a wide variety of opportunities for medical shadowing and volunteering. At the moment, she is excited about orthopaedics.

“I’m a sculptor, so I was looking at how I can apply the skills I already have to the medical field. One thing I came across at USC was creating 3-D printed hand prostheses for people all over the world. I joined an undergraduate 3-D printing club on campus and together we’ve printed hands for kids from Haiti, Panama, Syria and the U.S.”

Then, with the help of USC Dornsife’s Office of Pre-Health Advisement, she got the chance to shadow a hand surgeon at Children’s Hospital Los Angeles.

“It was an extraordinary experience,” she said, “exhilarating in all ways.”

Tanaka talked about how the program has given her time to refocus. While changing careers turned her world upside down, she finds it encouraging to be with a cohort of others doing the same thing.

Now a graduate of the Keck School of Medicine of USC, Michels is a physician working in private practice in Newport Beach and Aliso Viejo. His specialty? Interventional pain management and sports medicine.

“I focus on helping retired athletes dealing with chronic pain issues, along with anyone who wants to be active but has injury or pain that prevents it. I want to be able to enable them to live the lives they want to live.”

He believes that PPP contributed to his success in important ways.

“The support system the program offers was the biggest factor in my success,” he said. “There were resources to ensure we had every opportunity to succeed in a second — or even third — career choice.”

So you’re thinking of a new career in medicine …