A partnership between the USC Annenberg School for Communication and Journalism and The Huffington Post has produced its first showcase piece: A video report by journalism student Kate Flexter that appeared on the national news website as of March 31. 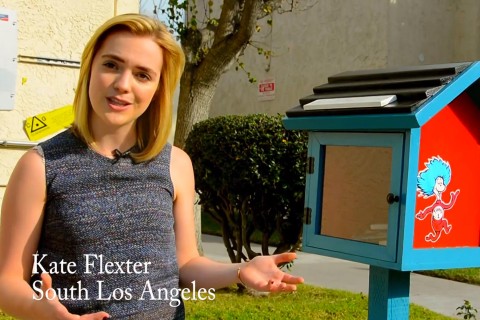 Kate Flexter’s report was published on The Huffington Post on March 31 as part of USC Annenberg’s partnership with the website.

The report, “When this kid asked for a new book, local police gave him a whole library,” details USC Department of Public Safety Chief John Thomas’ work to create a Little Free Library in the University Gardens complex near the University Park Campus and how those efforts helped one young boy.

Faculty and students assess the responsibilities of journalists and communicators.