Lewis Carroll’s Alice’s Adventures in Wonderland has charmed and intrigued readers since its publication in 1865. One hundred years ago, playwright Alice Gerstenberg adapted the book in the United States for the first time, and a young actress named Vivian Tobin starred as the first Alice on the American stage.

Tobin later married Karl von Hagen, who chaired USC’s Department of Neurology from 1952 to 1971. Her daughter, Vivian Thompson ’62, donated her mother’s archive — including a photograph of a young Tobin emerging from the looking-glass, surrounded by actors dressed as the Mad Hatter and Dormouse — to the USC Libraries. The collection is now part of the G. Edward Cassady, M.D., and Margaret Elizabeth Cassady, R.N., Lewis Carroll Collection.

Down the rabbit hole 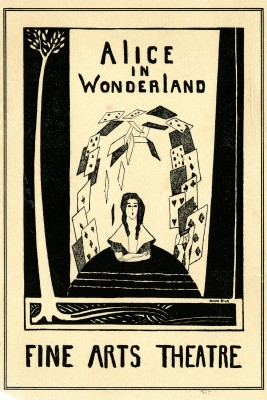 The American Alice premiered at the Chicago Fine Arts Theatre on Feb. 11, 1915. One review from opening night credited Tobin’s performance as the success of the evening saying, “It was a fair-haired youngster named Vivian Tobin, who plays the sweetly mystified and pertly doubting Alice of the story, a sane, natural, unaffected, perfect little actress who lent a dignity and an appeal to this children’s spectacle there was no denying. The very image of the dreaming heroine.”

The play continued to tour the country, opening at the Booth Theatre in New York on Mar. 23, 1915. The 11-year-old Tobin played Alice in both productions, and her performances on stage helped launch her into a brief career in Hollywood, with perhaps her most notable role coming in 1932, starring as Dacia, a lady-in-waiting to Claudette Colbert in Cecil B. DeMille’s The Sign of the Cross.

Tobin’s mother, a vaudeville performer, managed the acting careers of Vivian and her siblings Genevieve, George and Thomas. They became so well known that a 1915 New York Post article dubbed the child actors the “Tobin Quartette.” While Genevieve got her start performing with Vivian on stage as a double act in New York City, she would go on to play prominent onscreen roles opposite Cary Grant, Barbara Stanwyck and James Stewart. 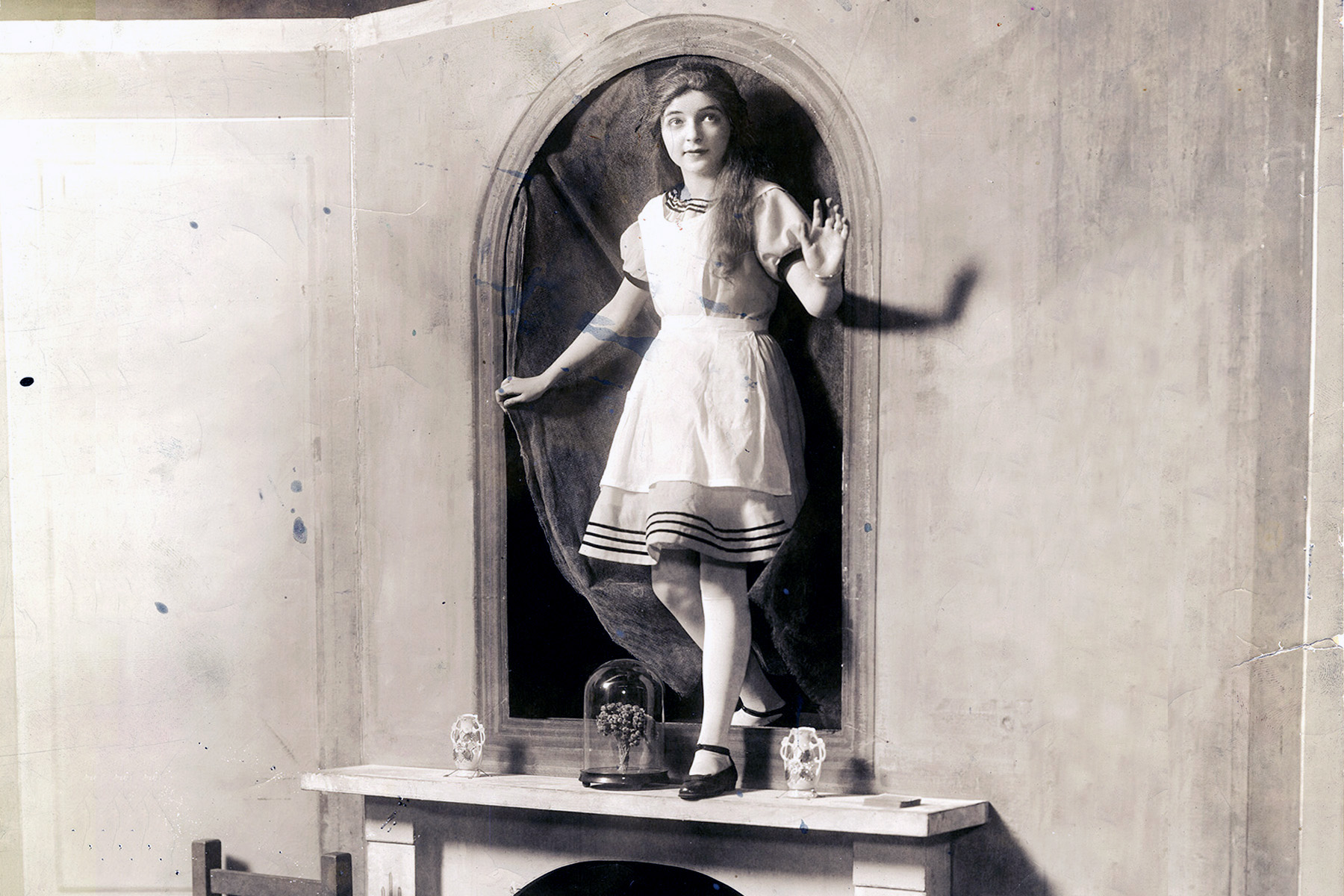 Alice steps through the looking glass.

A USC liberal arts graduate, Thompson felt the USC Libraries was the best match for her mother’s extensive archive, believing “it would be the most likely place to protect and display the collection for the public, especially students and researchers of literature, photography and theater.”

Our collection documents just how persistent a cultural force Alice has been for a century and a half.

“Our Cassady Lewis Carroll Collection documents just how persistent a cultural force Alice has been for a century and a half,” said Catherine Quinlan, dean of the USC Libraries. “The Vivian Tobin collection — so vividly capturing Alice’s first appearance in the American theater — adds immeasurably to what our libraries provide students of Carroll and the influence of work across the scholarly and creative disciplines.”

The acquisition of the Vivian Tobin collection is a timely addition to the libraries as this year marks the 150th anniversary of Alice’s Adventures in Wonderland.

The USC Libraries have exhibits and events planned throughout the year to celebrate the enduring legacy of Carroll’s work. Selections from the Vivian Tobin Collection are currently on display on the first floor of Doheny Memorial Library as part of the celebration of the annual USC Libraries Wonderland Award.

USC had kept the purchase under wraps to surprise benefactors George and Linda Cassady.

Slideshow: Lewis Carroll and the price of fame

USC Libraries recently purchased a coveted letter written by the author, who regretted his celebrity status.