The former governor also announced that he’s launching a movement for every student to have the opportunity for the adult supervision and life-enrichment these programs provide.

“After-school programs protect our single-greatest resource — our kids,” said Schwarzenegger, Governor Downey Professor of State and Global Policy at USC. “We know students in these programs are statistically more likely to graduate from college and less likely to get arrested for crimes they may commit if they drift around on the streets.”

The conference attracted leaders from local and state government, law enforcement, technology, business and philanthropy to spotlight that Congress is considering $1 billion in cuts to after-school programs currently attended by 10 million children. The USC Schwarzenegger Institute for State and Global Policy, which is housed in the USC Price School of Public Policy, After-School All-Stars and Afterschool Alliance co-hosted the event.

Afterschool Alliance estimates that there are another 20 million children who would participate if the programs were available to them.

Schwarzenegger noted that his institute, along with Afterschool Alliance, would be working to draft legislation to submit a policy proposal preserving and expanding on federal after-school funding to Congress this year.   He has twice before gone to Washington, D.C., to fight for the preservation of after-school funding and succeeded, in 2003 with then-U.S. Secretary of Education Rod Paige and a decade later with USC Price Dean Jack H. Knott, who helped him share impactful data, research and moving stories about the value of after-school programs at meetings hosted by the Senate and House majority leaders.

But the struggle continues as a current House bill to reauthorize the Elementary and Secondary Education Act does not include the 21st Century Community Learning Centers initiative that dedicates funding for after-school programs, instead opting for a grant that would allow schools the choice of using the funds during the regular school day.

“Today we focus national attention on a simple truth: After-school programs work,” Knott said in his opening remarks. “After-school programs have been helping kids — especially our low-income students, our under-represented minority students and students for whom English is a second language — to improve their grades, improve their graduation rates and have opportunities in STEM, computers, art, music and other programs essential to their dreams and future success.”

Schwarzenegger has long been passionate about after-school programs, using his prominence from acting and bodybuilding to found After-School All-Stars — one of the nation’s largest programs — in 1992. He spent $2.3 million of his own money to help get voter approval for the After School Education and Safety Act in 2002, providing $550 million so that every elementary and middle school in California could have an after-school program.

Paige took exception to studies criticizing after-school programs for the percentage of students who show academic improvement on math and English test scores.

“Many of those studies are measuring progress against academic subjects as though it’s the only thing,” Paige said. “There are so many other values they’re getting that people need to be aware of. We need to take that point to our leaders and explain the benefits.”

Schwarzenegger noted that those benefits include enrichment through the arts, fitness from sports, homework assistance and tutoring, and mentors who care for the kids. After-School All-Stars from Bell Gardens Intermediate School illustrated the point with a dance performance.

In a subsequent panel on the role of after-school programs to keep America competitive and innovative, Maggie Johnson, director of education at Google, noted that the technology giant valued after-school programs for their ability to teach basic computer science skills that very few schools offer.

“Computer science and computational thinking are truly 21st-century skills, things we feel all kids really need to understand and be able to internalize,” Johnson said, “and it’s just not possible to teach those things in a school day.”

Fowler also spoke about the importance of after-school programs in keeping kids off the streets from 3 to 6 p.m., the peak hours for juvenile crime when many children are unsupervised as both parents are working.

“In law enforcement, we don’t just look to solve crime; we look to prevent crimes,” Fowler said. “This is a tremendous crime-fighting tool.”

Local leaders agreed in a discussion with six mayors from around the country, moderated by Afterschool Alliance Executive Director Jodi Grant.

Mayor Miguel Pulido of Santa Ana asserted that, 18 years ago, his city ranked worst in crime out of the 35 U.S. cities in its population bracket. Today it is No. 1 in the same category, and he credits much of that dramatic change to the investment in youth through Santa Ana’s after-school programs.

When the kids are not in the after-school programs, the petty crime goes up.

“When the kids are not in the after-school programs, the petty crime goes up,” said Fort Worth Mayor Betsy Price. “So really we’ve never touched the money put into after school except to potentially increase it now because it’s a given factor that it saves us on crime.” 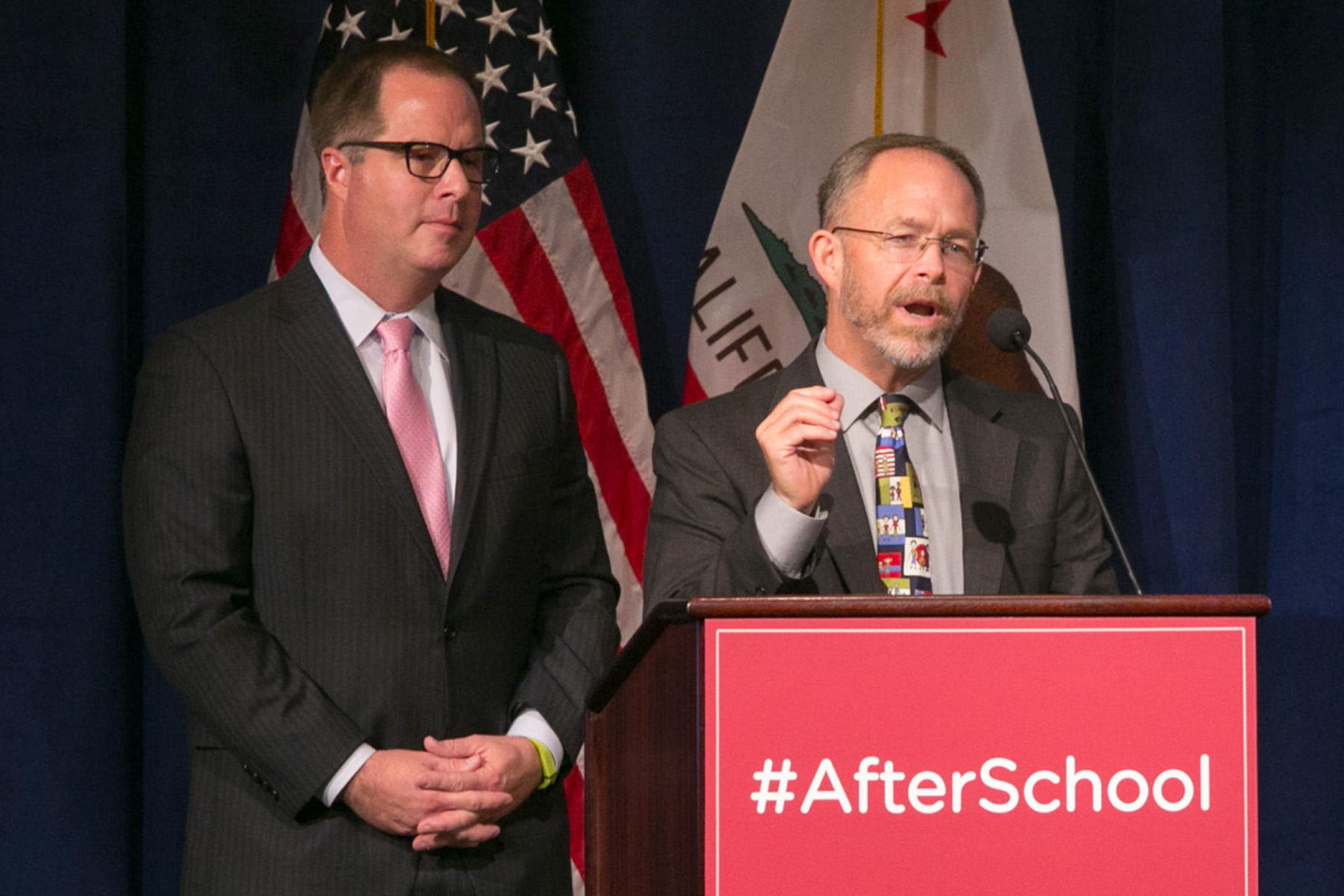 In a creative move that demonstrated the power of viral advocacy tweeting, the organizers established tweet4afterschool.com, a website that features a ready-to-be-sent tweet containing a key fact about the benefits of after-school programs, a link to supportive research and the Twitter handles of Congressional leaders whose committees consider after-school funding.

At three separate points throughout the event, as the site was updated with a new fact, the organizers initiated a call-to-action, directing audience members to use their smartphones to visit the site and distribute these messages across their networks with a simple click. With some speakers enjoying extensive Twitter followings, this became a “trending” topic by the end of the day.

Rapper Jabari Evans witnessed the violence firsthand in Chicago, and rather than become a statistic himself, decided to do something about it.