When Barbara Villasenor’s father asked her if she wanted to spend the day at a financial literacy fair at USC on a beautiful, sunny Saturday, the motivated 8th-grader didn’t hesitate. The youngster is serious about becoming a pediatrician and has many questions on how to prepare herself; in the fall, her 17-year-old brother will become the first in their family to attend college. 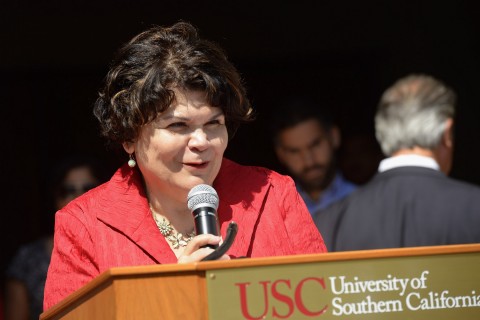 Their father, Juan Carlos Villasenor, a native of Mexico City and a small business owner, had learned of the Feria Financiera Prosperidad (Financial Fair: Plan Prosperity) from commercials on the Spanish-language television network Univision, a co-host of the wide-ranging, informative gathering on financial literacy o March 21.

The Villasenors made the trek from Santa Clarita and joined thousands of others for sessions on how to start a small business, pay for college, take control of credit, get legal advice on immigration issues and, for veterans, how to find resources and access benefits.

Univision journalist Oswaldo Borraez, joined by university officials and local celebrities, opened the fair with a ribbon-cutting ceremony outside Bovard Auditorium. He spoke to the commonalities of the immigrant experience in the United States.

All sessions were conducted in Spanish and a number of speakers were heard using the words sueños (dreams), éxitos (success), oportunidad (opportunity), and sí, se puede (yes, you can) throughout the day.

Ana Beatriz Cholo is a freelance writer and photographer who lives in Los Angeles. She graduated from USC with a dual degree in print journalism and history in 1998. 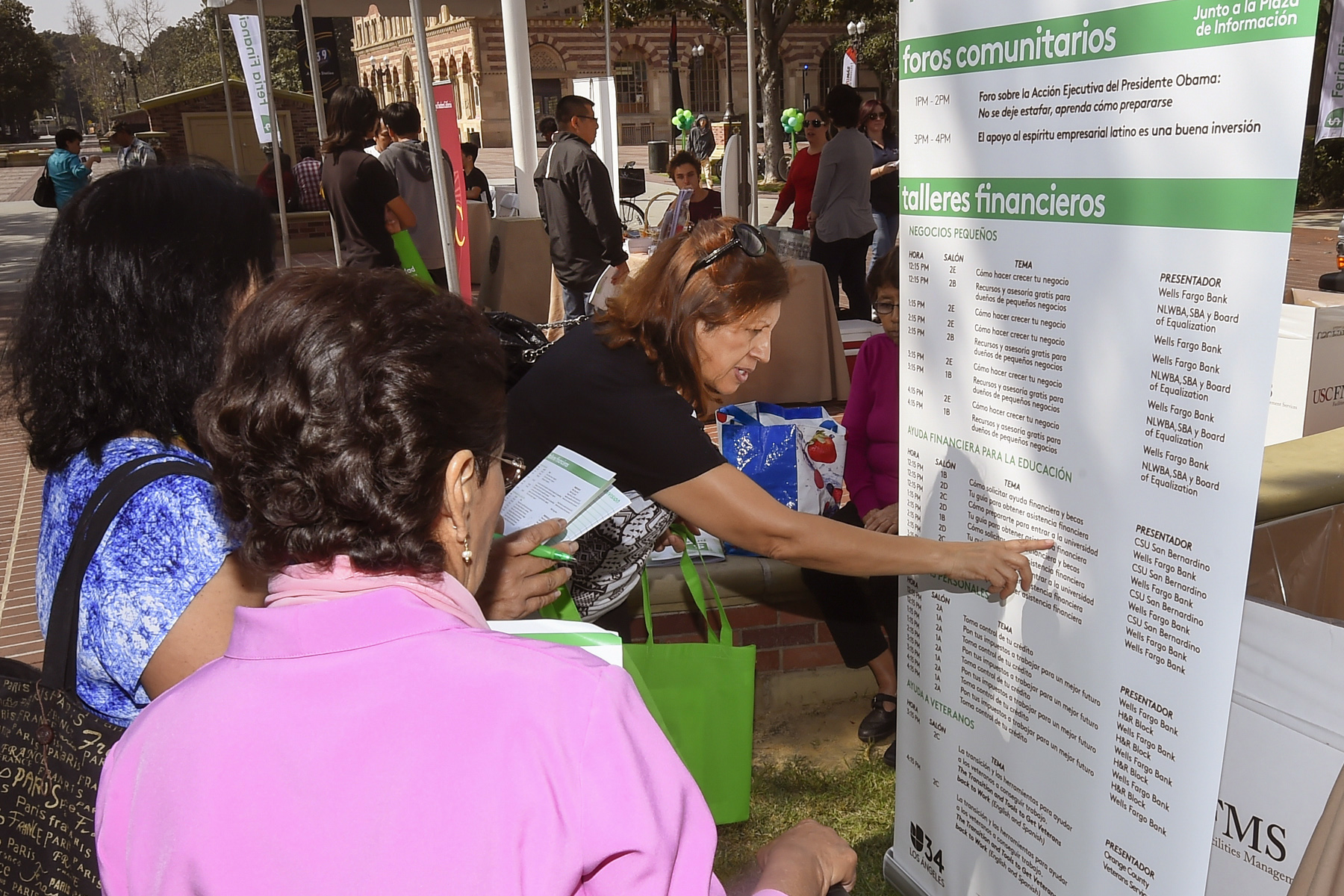 Jumpstart invites children to explore campus and their future

The youngsters came to USC to explore what they want to be when they grow up.

Children’s lungs grew stronger as pollution declined in LA and throughout the basin over the past two decades.

A new jogging path, improvements to the Hazard Recreation Center tennis and basketball courts are planned.

Civic engagement is one of the three keys, mayor’s chief of staff says.

Thousands of fairgoers plan for prosperidad