Condoleezza Rice pulled no punches at the first Athletic Director Speaker Series event. The former secretary of state — a onetime Stanford University provost overseeing the athletic department — made it clear where she stands on the issue of paying student-athletes.

“I don’t think student-athletes are or should be considered employees,” Rice told the crowd on March 16. “That, to me, is a complete reversal of the entire concept of college athletics.”

Rice said she believes so strongly in the student-athlete model that she would support the idea of Stanford pulling out of Division I if college athletes decide to form a players’ union.

Athletic Director Pat Haden and Rice — both members of the College Football Playoff committee — discussed many ideas to improve the overall welfare of the student-athlete. Rice said she favors four-year guaranteed scholarships and paying the full cost of attendance; Haden said he would like to see the student-athletes given more time off to garner an all-around college experience.

The event was a collaboration between the athletic department and the USC Bedrosian Center on Governance and the Public Enterprise’s “Leading From the West” series. USC Price School of Public Policy Professor Raphael Bostic moderated.

Haden said he created the Athletic Director Speaker Series to elevate the conversation around collegiate athletics.

“We want to strive to be a thought leader and grow our relationship with the university on multiple levels,” Haden wrote in his monthly “State of Troy” report. “It is nice to take a break from always talking about nose tackles and free throws to look at things in a different light.” 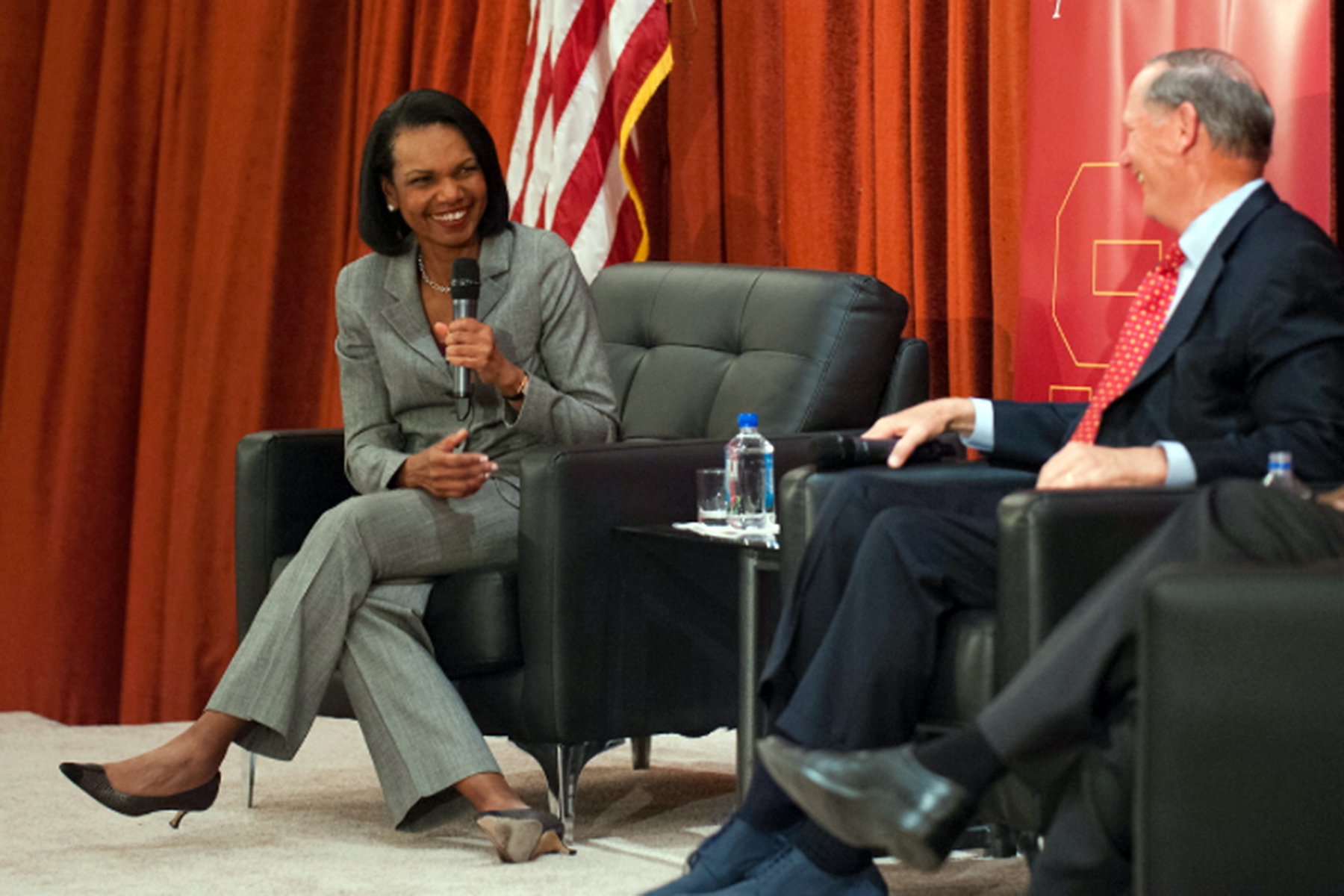 Cynthia Cooper-Dyke grew up in a tough LA neighborhood, but went on to greatness as a basketball player and now USC’s women’s head coach.

On the court and the field, in the pool and on the course, the university’s student-athletes had another banner year — one that included winning the school’s 100th NCAA championship.