When John Monterubio ’06 was 6 years old, his parents gave him a book about fish.

“There were pictures of all these different types of fish, and I still remember how the barracuda always stood out to me because of its enormous teeth. It looked scary,” he said.

“I definitely didn’t want to be in the water with the barracuda.

Monterubio, who earned a bachelor’s degree in neuroscience from the USC Dornsife College of Letters, Arts and Sciences, is now general counsel and chief operations officer at ReefCam LLC.

Based in Washington, D.C., the company provides viewers with real-time access to coral reefs in the British Virgin Islands, Grand Cayman Islands and U.S. Virgin Islands through webcams installed in the ocean.

“These beautiful coral reefs stand little to no chance of survival without increased intervention,” Monterubio said. “ReefCam gives these fragile reef ecosystems a voice through our media platform.”

The mission, he added, “is to educate and raise both awareness and money, so as we build our audience we hope more people will become aware of the damage and the risk to long-term survival faced by coral reefs.”

Monterubio believes his education at USC Dornsife is an invaluable asset in his role.

“It really helped me build my analytical skills and technical skills,” he said.

“Neuroscience taught me the process of how your brain thinks, what happens when the synapses fire, what happens when signals transfer from one to another and how that translates to an action that’s occurring in your perceivable environment.

ReefCam aims to create a new mind-set toward funding environmental programs by donating a quarter of its profits to conservation, research and education.

“This works, whether people just watch ReefCam and an ad comes up during the feed or they subscribe to ReefCam so that part of that money will go back to help preserve these at-risk reefs for future generations,” Monterubio said. 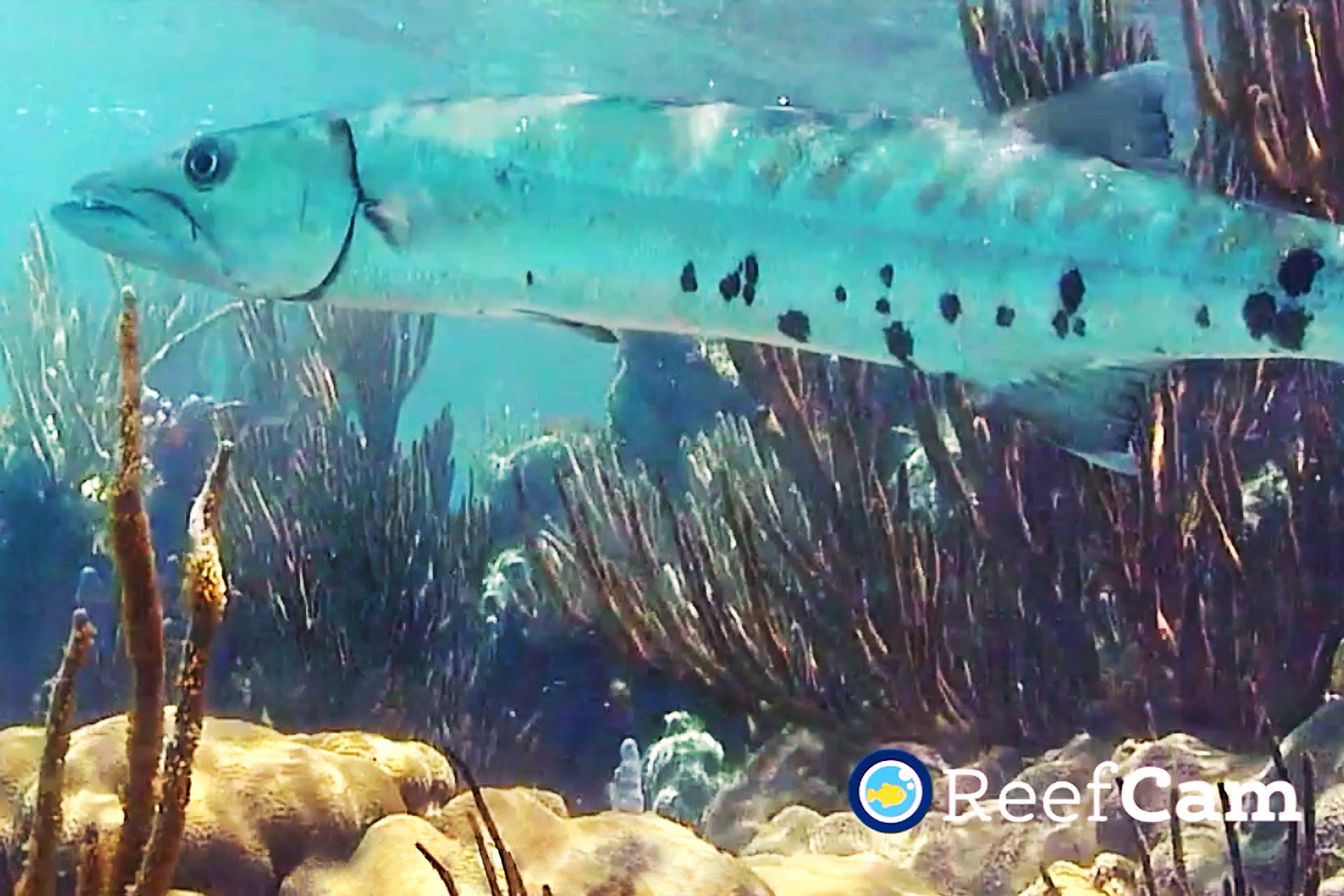 Barracudas remind Monterubio of the fabled fish from a childhood book.

But ReefCam is also about having fun.

“The idea is that we want to allow people to go scuba diving or snorkeling at any time of the day, no matter where they are,” Monterubio said. “So if you’re at the office and you need a little break, you can just go to the ReefCam site and go diving in the Cayman Islands, or if you’re going about your day, you can have ReefCam playing on your television as a sort of virtual fish tank.”

Monterubio said he loves his job because he’s able to combine his dual passions for business and the environment.

“It’s wonderful to synthesize the two and be able to leverage the power of business to do good for the environment,” he said.

Amazon and Apple in the future?

Of his plans for the future, Monterubio said, “Obviously, we’d love to see our audience continue to grow. We want to get ReefCam on not just your computer screen, but all digital screens. So we want it to be on your television and to be a part of visual signage so you can watch it at the doctor’s office or in the lobby of your hotel. We’re working on developing apps for streaming to TV devices like Roku and Amazon Fire, and eventually, we’d like to be on Apple TV.”

ReefCam has already expanded its Webcam options to include three that show live footage of wildlife in bird sanctuaries in Ithaca, New York and Brazil, as well as an ISS PlanetCam that shows the view from a satellite orbiting 230 miles above the Earth.

And that barracuda that made such an impression on Monterubio as a child? Now an avid snorkeler and swimmer, the adult alum chooses the fearsome ray-finned fish with its signature fang-like teeth as his out-and-out favorite ReefCam visitor.

“There’s a barracuda that often swims past the Grand Canyon ReefCam and hangs out there in the morning, around 6:30 or 7 a.m. I love seeing him. He reminds me of my childhood.”

Can plants adapt to a changing environment?