Twenty California journalists gathered this week for the California Health Journalism Fellowship based at the USC Annenberg School for Communication and Journalism.

The journalists, chosen from a competitive field, took part in several workshops before spending six months on ambitious health journalism projects with support from USC Annenberg.

What’s next for the nation’s health care plan?

Gerald Kominski, director of the UCLA Center for Health Policy Research, kicked off the program on March 1 with the keynote presentation of “What’s Next for Obamacare in California?”

In a conversation with Anna Gorman, senior correspondent for Kaiser Health News, Kominski discussed the implications of the Supreme Court’s upcoming King vs. Burwell decision, as well as challenges the state faces in making sure that the newly insured gain access to health care despite physician shortages, “narrow networks” of providers in health plans and cultural barriers.

Health care is what happens when things go wrong.

“Health care is what happens when things go wrong,” he said. “Health care doesn’t actually make you healthy — it prevents you from deteriorating rapidly.”

Fellows also visited an AltaMed clinic in El Monte, which serves a largely Latino and Chinese immigrant community, to see how pharmacists are providing primary care, along with doctors, to some of the clinic’s sickest patients.

Other topics explored during the week: connections between community health and where and how you live, the successes and challenges of health reform and health care innovations that are making a difference for Californians. 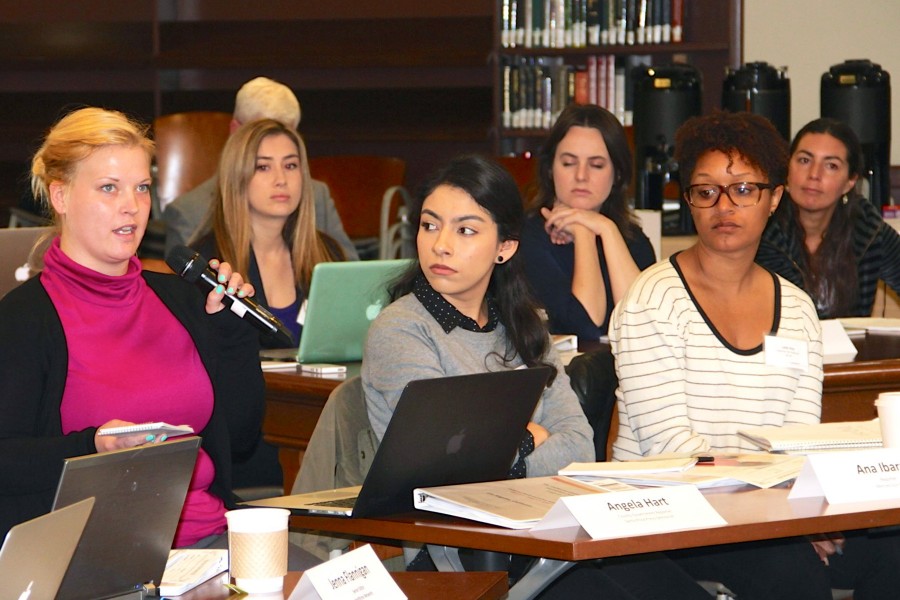 “It’s been an amazing opportunity getting to interact with such a talented group of speakers and fellow reporters,” said California Health Journalism fellow Diana Aguilera, a reporter at Valley Public Radio in Fresno. “It’s a place where reporters can share ideas and learn from the best in health journalism.”

Each fellow receives a grant of $1,000 and mentoring from senior journalists as they spend up to six months on topics of importance to their communities.

Planned projects will explore the increase in new HIV infections among young men in Fresno County; the skyrocketing incidence of domestic violence in Del Norte County; the relationship between substandard housing and illness in Sonoma County; the high incidence of STDs and unplanned pregnancies among Vietnamese-Americans; the impact of federal penalties on safety net hospitals; mental health issues among African-Americans in the Bay Area; problems with infection control in hospitals in Orange County; and how the state’s health care safety net is evolving under Obamacare.

Health policy experts at USC sound off on ‘Covered California’

On Jan. 1, the California Health Benefit Exchange will debut as a new health insurance marketplace for millions of Californians.

Journalists gear up for launch of ambitious health reports