Professor Geraldine Knatz traveled to Central America in February to help inform members of the U.S. Congress on what Panama Canal expansion means for North America.

Taking part in the Aspen Institute Congressional Program, Knatz, who holds a joint appointment at the USC Price School of Public Policy and the USC Viterbi School of Engineering, presented her research to 15 legislators from the Senate and House of Representatives.

The faculty member drew on her experience as the first woman to serve as director of the Port of Los Angeles, a post she held from 2006 to 2014.

A key point Knatz made was that developments in the global maritime transportation industry, particularly the consolidation of shipping operations, could have significantly more of an impact on individual ports than the canal expansion.

Any time I get the chance to share knowledge with elective representatives, I try to focus my talk on the kind of decisions they have to make.

“For many of them, they were not familiar with port dynamics or the ocean shipping industry,” said Knatz, Professor of the Practice of Policy and Engineering. “Any time I get the chance to share knowledge with elective representatives, I try to focus my talk on the kind of decisions they have to make.”

Participating in an Aspen Institute program requires the invited scholars to submit a paper prior to the event. 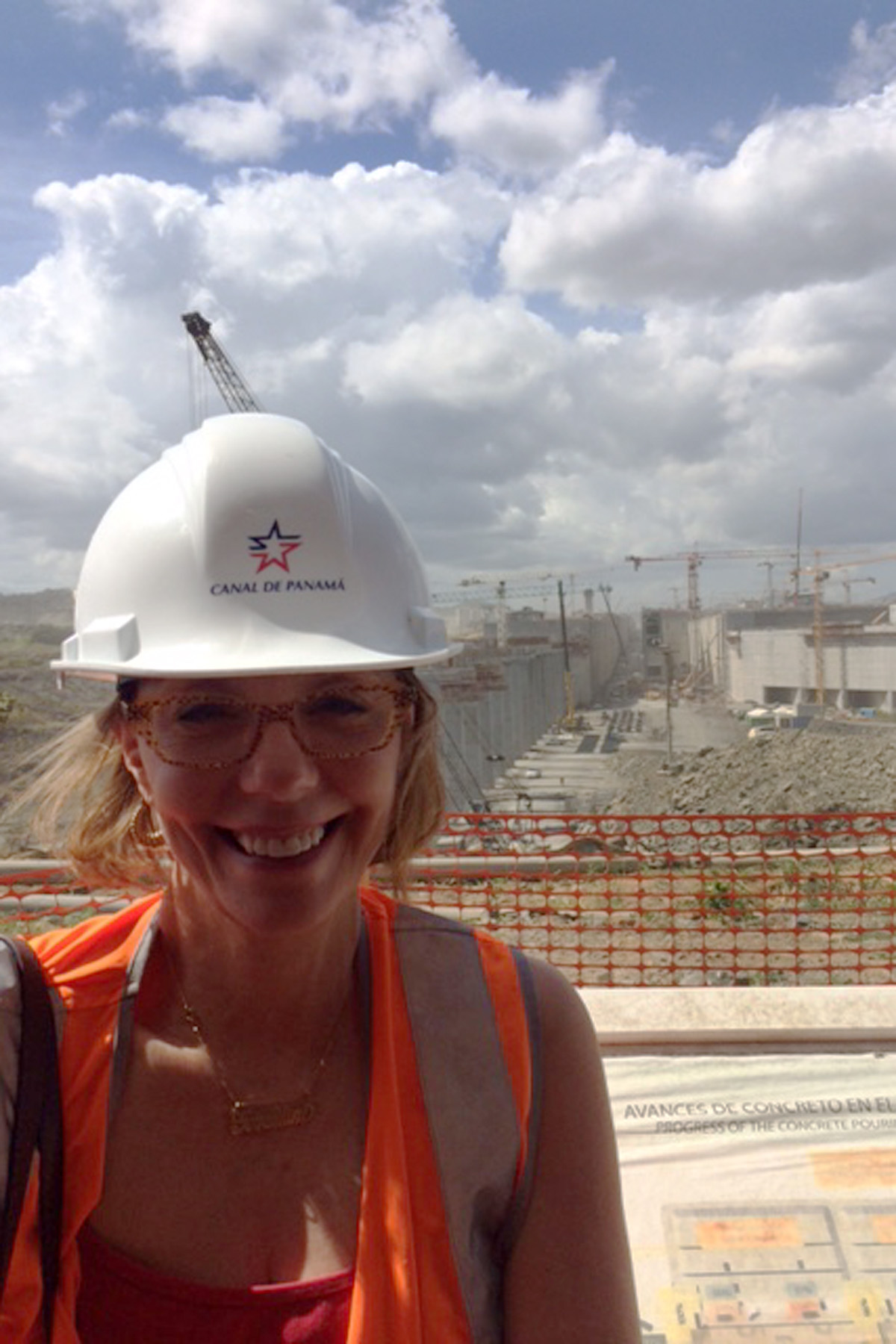 Knatz, whose paper was titled “The Panama Canal Expansion: What It Means for the U.S. and the Hemisphere,” and Jorge Quijano, CEO of the Panama Canal Authority, fielded questions for four hours about their respective papers. It was during this event that the West Coast port longshore labor contract was finalized.

“I have to say it was not the best time for someone from the West Coast to go head-to-head with the CEO of the Panama Canal Commission,” said Knatz, who explained how the changes in the global ocean carrier industry and the advent of very large containerships could affect ports in different portions of the United States.

The West Coast already received the big containerships, but the canal expansion means ports on the East Coast will receive cargo in few but larger ships.

For the East Coast, the canal expansion means ports will receive cargo in fewer but larger vessels, creating competition among ports on that coast, many of which need infrastructure improvements to handle the big ships.

“Members of Congress have to appropriate money for port channel deepening projects, and so my goal was to help them understand how dynamic the industry is and how quickly it can change,” she said.   “There were Democrats and Republicans there,” Knatz said, “and the whole goal of the event is for them to reach a common ground on issues.”

During her six-day stay, Knatz also had the opportunity to view construction at the canal and meet Panama President Juan Carlos Varela at the presidential palace.

Knatz noted that the event presented a unique opportunity to gain rare and informal access to U.S. lawmakers.

“I’ve gone to Capitol Hill and met with Congress, but I’ve never participated in an event like this where you get to spend so much time with an elected representative,” she said. “We ate breakfast, lunch and dinner together, and every night we sat with a different group.”

The expert in transportation and environmental policy will join USC Price and USC Viterbi this fall.

Raising the anchor at port of call

Alumna Geraldine Knatz, the first female executive director of the Port of Los Angeles, gave it her all to turn things around.

Five questions on how coronavirus will impact the global supply chain

Nick Vyas, executive director of the Center for Global Supply Chain Management at USC Marshall, answers key questions on how coronavirus might affect the global economy.

What does Panama Canal expansion mean for North America?