Avant-garde music will fill the air of the University Park Campus next week, thanks to a Visions and Voices project that will mount loudspeakers on five USC Hospitality trucks making their regular deliveries around campus. The trucks will be playing works from the late Austrian composer Arnold Schoenberg, who revolutionized music with his 12-tone system that produced dissonant and asymmetric compositions.

The evening will feature the screening of a short documentary on the truck project, a lecture by USC Thornton School of Music musicologist Paul Chaikin on “Emanicipation of Dissonance,” and performances of Schoenberg’s music by pianist Aron Kallay (a USC Thornton keyboard studies instructor who will play one of Schoenberg’s landmark pieces, “Drei Klavierstücke”) and by a USC Thornton student ensemble led by Associate Professor Karen Dreyfus, who will perform “Verklärte Nacht.” In a nod to Schoenberg’s country of birth, Viennese pastries and coffee will be served at a reception after the performance.

“It’s like a historical recovery project, with Schoenberg’s ‘voice’ and dissonant material being deployed by utility carts,” Schafer said.

When Schafer started teaching at USC three years ago, he became aware of the émigré composer teaching here and the establishment of a campus institute that bore his name. In the early 1990s, the composer’s archives moved to Vienna, and later the building that had housed the institute was torn down as part of the construction of the new USC School of Cinematic Arts complex. 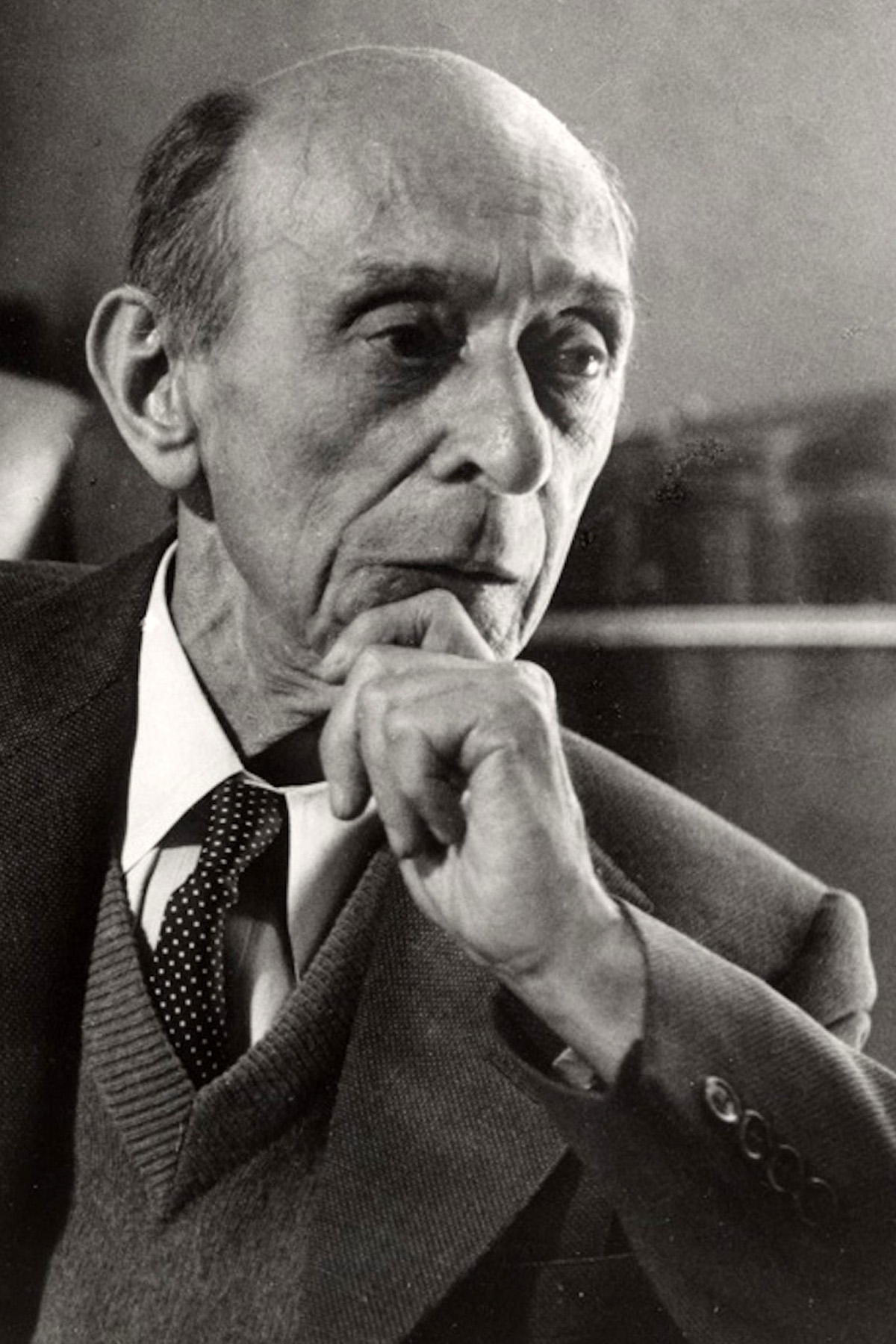 Schafer said he liked the idea of casting the utility truck drivers “as educators of that lost history on campus.”

“It makes connections between intellectual labor and other forms of labor and staffing that support the operation of the university, but behind the scenes,” he said. “The project temporarily invites listening and discussion.”

Truck No. 1 will be playing “Brettl-Lieder,” composed in 1901, a young Schoenberg’s foray into cabaret songs that foreshadowed his later compositions.

Truck No. 2 will play “Gurre-Lieder,” a piece composed from 1901 to 1911 and the first that garnered Schoenberg wide recognition. It tells the medieval legend of the Danish king Waldemar and his mistress, murdered by Waldemar’s queen.

Truck No. 3 will broadcast “Erwartung, Opus 17,” a 30-minute opera for single soprano with orchestra.

And Truck No. 5 will waft “Phantasy for Violin and Piano, Opus 47,” written in 1949, which represents his mastery of the ambiguity of form and the asymmetry of phrasing.

The trucks, which will operate during daylight business hours, will play music anywhere on campus that has no amplified music restrictions.

In addition, a bronze plaque containing a Schoenberg quote will be temporarily installed on the grounds of USC Thornton March 2-9.

Schafer said that the multifaceted project, a collaboration between USC Roski, USC Thornton, USC Hospitality, USC Facilities Management Services and Visions and Voices, will celebrate the “formidable and significant history” of the composer, whose name still provokes debate about his contributions to music.

The lecture and performances on March 7 are free, but reservations are needed.