Sherman Jackson was driving his daughter home after a debate tournament when he got the call.

The White House had summoned him along with 14 other Muslim-American leaders in education, health, religion, policy, advocacy and even a comedian to discuss the plight of the Muslim in America with President Barack Obama.

Jackson, an American Muslim who is black, is considered one of the most influential Muslim thinkers in the world. Last year, Jackson — the King Faisal Chair in Islamic Thought and Culture at USC — held his own summit of American Muslim leaders when he hosted a national conference, “American Muslims in Public Service,” that included the first Muslim elected to Congress, a Philadelphia police commissioner and a Los Angeles judge.

The hourlong meeting between the president and the Muslim-American leaders Feb. 4 was not promoted, leading some in the media to question its secrecy. That prompted the White House to provide a list of citizens who attended.

Soon after the meeting, the president made news again when he denounced those around the world who use religion to justify violence, as is occurring today with Islam. Yet he also noted that Christianity has also been used to justify the Inquisition, slavery and Jim Crow laws not so long ago.

What happens when you get a call from the White House? 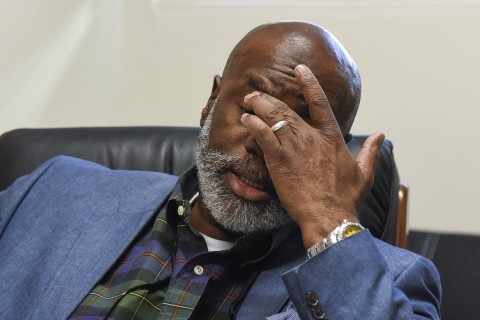 “You take a deep breath. I quickly realized this was a great opportunity and a huge burden. I would not only be representing myself but the concerns, aspirations, interests and the sense of urgency of Muslims in America. You will need to be succinct, yet elegant, in providing the president another way of seeing things.”

What message did you give the president? 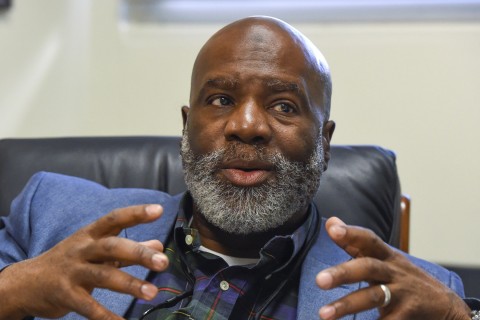 “First and foremost, when Muslims are considered, it is in the context of ‘How do we keep America safe?’ It is important to get beyond the securitized prism of Muslims in America. We need to recognize what’s unique about Muslims in America. Muslims hold a special place in American culture, from Muhammad Ali, to Kareem Abdul Jabbar to Mos Def. Muslims are part of America. Pre-9/11 they have made a great contribution in our cities, including education and prison re-entry. But there has been a chilling effect on their contributions.”

What do you hope the president takes away from the meeting? 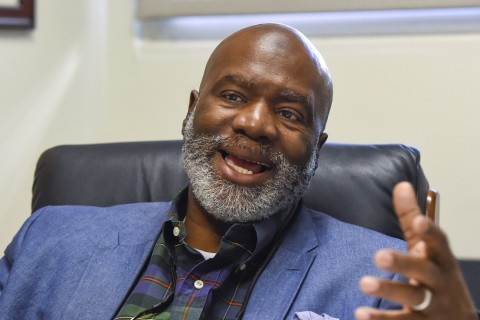 “Muslim-Americans see America as their house, and while they share it with other Americans they want to treat it like their house, not somebody else’s house. What I hope is that there is a more explicit recognition of the positive role Muslim-Americans play in this country. There are Muslims in all segments of government whose efforts are aimed at improving our collective lot.”

Steven Ross, John Pollini and Jacques Hymans receive highly competitive grants from the National Endowment for the Humanities to support their research.

USC Shoah staff members join survivors and dignitaries to mark the liberation of Auschwitz on Jan. 27, 1945.

USC Dornsife’s interdisciplinary major will examine nonprofits fostering change in all corners of the world.