For many decades, therapists and clinicians have skirted the edges of religion and spirituality in their work with clients.

Perhaps they perceived the topic as too personal or felt uncomfortable discussing the sacred world.

By doing so, they may have overlooked the greatest source of resilience or the key to psychological issues among many of their clients. At least that’s the contention in Spirituality, Religion, and Faith in Psychotherapy: Evidence-Based Expressive Methods for Mind, Brain, and Body (Lyceum Books), a new book by Helen Land, associate professor with the USC School of Social Work.

Everyone has some sort of philosophy of life, and it doesn’t have to be connected to a deity or organized religion.

“We are becoming more and more of a secular society, but I think this idea of what people hold as sacred, whether it’s religious or not, will always be useful,” Land said. “Everyone has some sort of philosophy of life, and it doesn’t have to be connected to a deity or organized religion.”

Although spirituality has found its way into clinical practice in a general sense, typically viewed as a source of wellness for individuals dealing with trauma, death or other difficult experiences, few clinicians truly delve into the sacred beliefs of their clients and how those beliefs influence their ability to cope with problems or may actually be causing those problems.

In her book, Land outlines various strategies to integrate three broad domains of sacred content into psychotherapy, particularly through the use of expressive methods such as art, movement and music therapy.

“Often people are stuck in concrete thinking,” she said. “These kinds of issues — spirituality, religion and faith — are very hard to put into words. Talk therapy has its limitations.”

By engaging the creative and intuitive aspects of the brain, clients can begin to unlock and process memories and experiences of trauma or pain, she said. The book offers a discussion of how that process occurs at the neurobiological level when using these expressive practices, including research evidence that supports these methods as effective.

“The expressive traditions are horribly underutilized,” Land said. “Basically they have been the domain of art therapists and music therapists and so on. There are many interventions that can be used quite easily and have way more robust research in terms of their efficacy than most of us even know about.”

Land’s interest in the sacred world as a potentially critical component of therapy for many individuals stems from her work leading support groups during the height of the AIDS crisis. During a research study on how people cope with the stress of caregiving for a loved one with AIDS, she noticed that many times these caregivers would not tell other family members or friends about the disease.

So how were they handling this overwhelming personal burden?

Many people use spiritual and religious coping strategies.

“The thing that came up over and over again was, I turn to God or I pray,” she said. “Many people used these spiritual and religious coping strategies.” 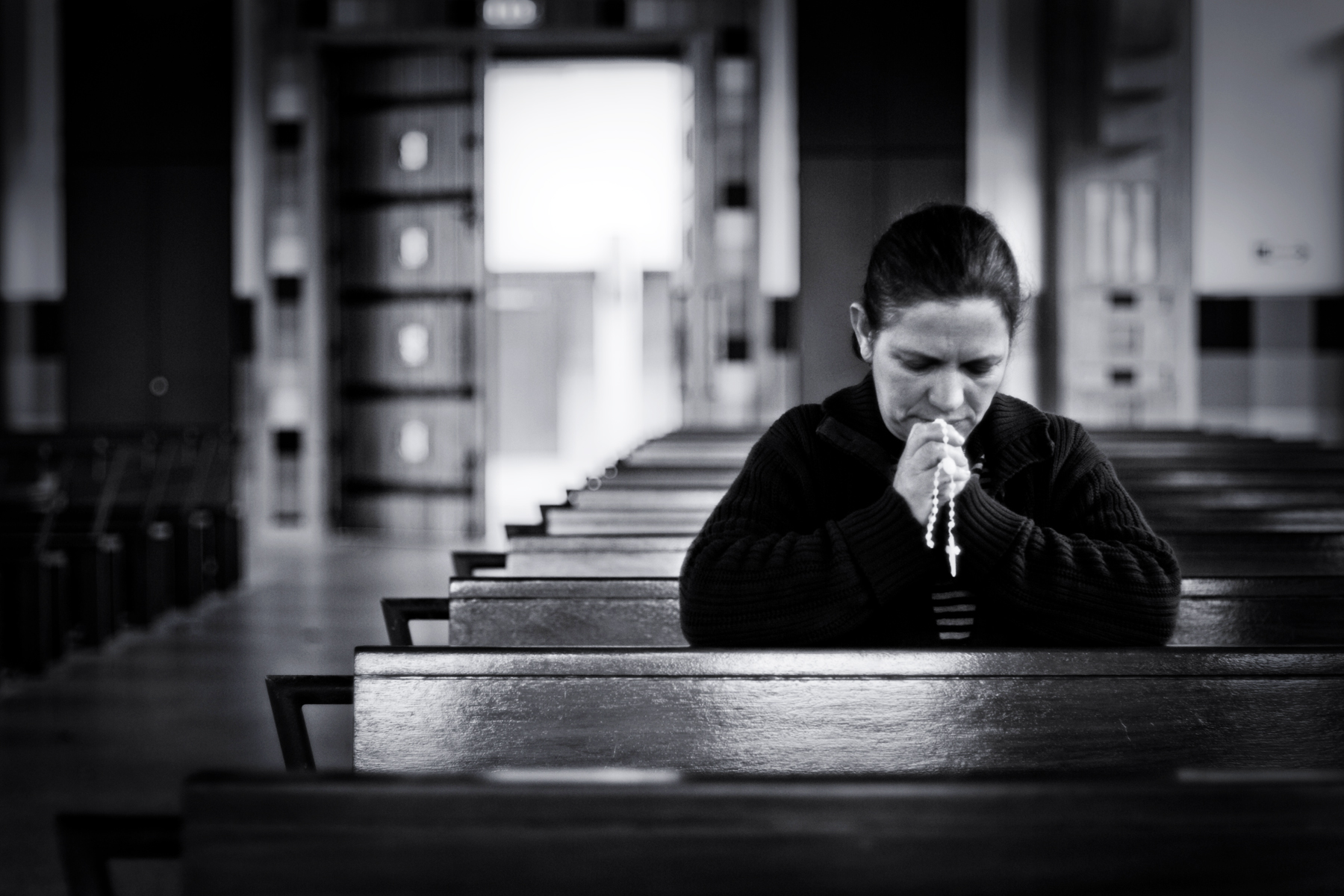 “Some people have problems with loss of faith,” according to author Helen Land. (Photo/Diego Martins)

Why are we here? What is a person’s essence? Her book is peppered with examples from her personal experience as a clinician describing how people struggle with those quandaries in the wake of tragedy.

For example, she worked with a woman whose family had been killed by a drunk driver when she was a senior in high school, leaving her devastated and angry. In another instance, a woman in her 30s died from ovarian cancer, leaving behind her husband and 18-month-old daughter.

“It can be very disabling for people who are in mourning,” Land said, referring to the struggle to rectify their loss with their spiritual or religious convictions. “Some people would maybe deepen their spirituality and call on it. Other people would say they truly felt let down by their belief system.”

In Spirituality, Religion, and Faith in Psychotherapy, she describes a new assessment model she developed to help clinicians evaluate the sacred beliefs of their clients in addition to the standard psychological, biological and social factors.

Understanding how their clients perceive religion and spirituality can help therapists determine if a particular sacred domain is influencing their ability to recover from trauma. Land theorizes that maintaining balance in the sacred triad — religion, faith and spirituality — can be critical to psychological well-being.

Each domain has strengths and drawbacks, she said. Religion tends to cause the most difficulty, particularly if individuals are struggling with certain tenets that conflict with their personal identity, such as dogma regarding sexual orientation. In such cases, religion can be very scarring.

Despite her own spiritual awakening and continuing journey, Land acknowledged that until recently she had kept her academic and practice career relatively separate from discussions of sacred topics.

She joined a society of fellow professionals interested in spirituality and social work, even rising to the rank of president, but it wasn’t until she began writing her book that she integrated the concepts into her work.

It’s very important for clinical social workers to move out of their comfort zone.

“The book has really helped me broaden my scope of practice,” she said. “I may have been able to function fairly well working with clients from my own faith, but I didn’t always use it. When I started writing, I began trying to see how these practices worked in session for my clients.”

She is hopeful that other social workers and helping professionals will have a similar reaction to the book.

“It’s very important for clinical social workers to move out of their comfort zone,” she said. “In many ways, these practices really change the brain and help people recover quicker.”

Grants will fund a new editor and freelance budget for the USC Annenberg-based magazine Religion Dispatches.

Vern Bengtson predicts baby boomers will take a prodigal path back to religion in later life much like previous generations of Americans.

The Institute for Advanced Catholic Studies, housed at the USC Dornsife College for Letters, Arts and Sciences, has announced its new class of Generations in Dialogue scholars.