In his 2015 addresses to faculty and staff, USC President C. L. Max Nikias delivered a full-throated defense of the research university.

Speaking Feb. 11 to faculty at Town & Gown, he responded to a recent wave of criticism in the media over ballooning tuition, crushing student debt and uncertainty about the market value of a college education.

Nikias acknowledged that these are legitimate concerns.

We owe it to ourselves and to our nation to examine ourselves honestly.

“We owe it to ourselves and to our nation to examine ourselves honestly,” he said, setting himself the goal of being “as complete and objective as possible.”

He began by drawing a sharp distinction between the nation’s top research universities and the rest of the American higher education landscape.

“Today, there are some 4,000 colleges and universities in the United States of America,” he said, catering to the roughly 3 million young Americans graduating each year from high school.

Much of what ails higher education, Nikias suggested, is better understood as a crisis within the 3,950 institutions not found in this group. Yet calls for accountability have unfairly targeted America’s top 50 research universities. 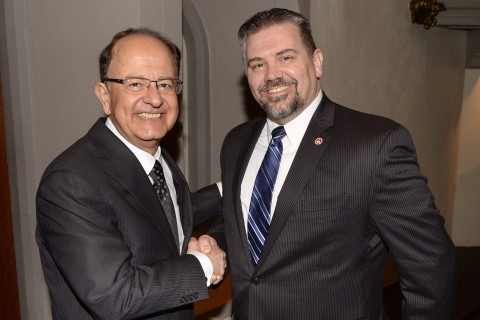 “The ongoing popular discussion and public debate focuses on the top 1 percent of universities and therefore overlooks the other 99 percent of colleges,” Nikias said.

In a point-by-point analysis, Nikias defended the choices made by leading research universities.

The size of a debt reveals little about an asset’s value, however. Top-tier research universities provide demonstrable return on investment as measured by lifetime income, Nikias said, citing Massachusetts Institute of Technology economist David Autor. “But that value,” he noted, “doesn’t extend to for-profit colleges,” where dropout rates are high, loan burdens are heavy and graduate employment prospects are poor.

Fully half of the nation’s student loan defaults come from for-profit colleges, the president noted, compared to a default rate of less than 1.6 percent at USC and its peers.

By defending top research universities, Nikias said he was not suggesting that “USC and its peers are perfect. Far, far from it!”

He underscored the importance of always striving for greater efficiency, finding ways to reduce administrative costs and never becoming complacent.

It may not be so bad to see the closing of schools that are expensive but do not deliver academic value.

“It may not be so bad to see the closing of schools that are expensive but do not deliver academic value,” he said.

Nikias expressed reservations about a proposed U.S. Department of Education rating system for American colleges and universities. The framework under consideration would only measure three areas of achievement: access, affordability and outcomes.

Under the three-part rating formula, “USC wins on outcomes and access,” Nikias observed, but it would suffer on affordability.

Elsewhere during the speech, Nikias touched on two USC initiatives that peer institutions would do well to emulate.

“All universities should be adopting local schools, and partnering with them, to fix the scandal of K-12 education,” he said, referring to USC’s pioneering Neighborhood Academic Initiative.

The other universities should also embrace students who transfer in from community colleges, he added.

Among the top 25 private research universities, we are the only institution that truly believes in the value and potential success of these students.

“Among the top 25 private research universities,” Nikias said, “we are the only institution that truly believes in the value and potential success of these students.”

He wrapped up the 45-minute speech with a recap of progress on USC’s capital campaign, now in its fifth year and past the $4 billion mark.

True to form, Nikias closed with a classical reference, recounting Plato’s famous “Allegory of the Cave.”

Applying its lessons to higher education, he concluded, “a university should be nothing short of the great crucible in which our freedom to think — and therefore our ability to change the world — are forged. It should be nothing less than a life-giving and light-giving form of community for our students.”

A version of this speech was delivered to faculty on the Health Sciences Campus on Feb. 10 and to university staff in Bovard Auditorium on Feb. 19. 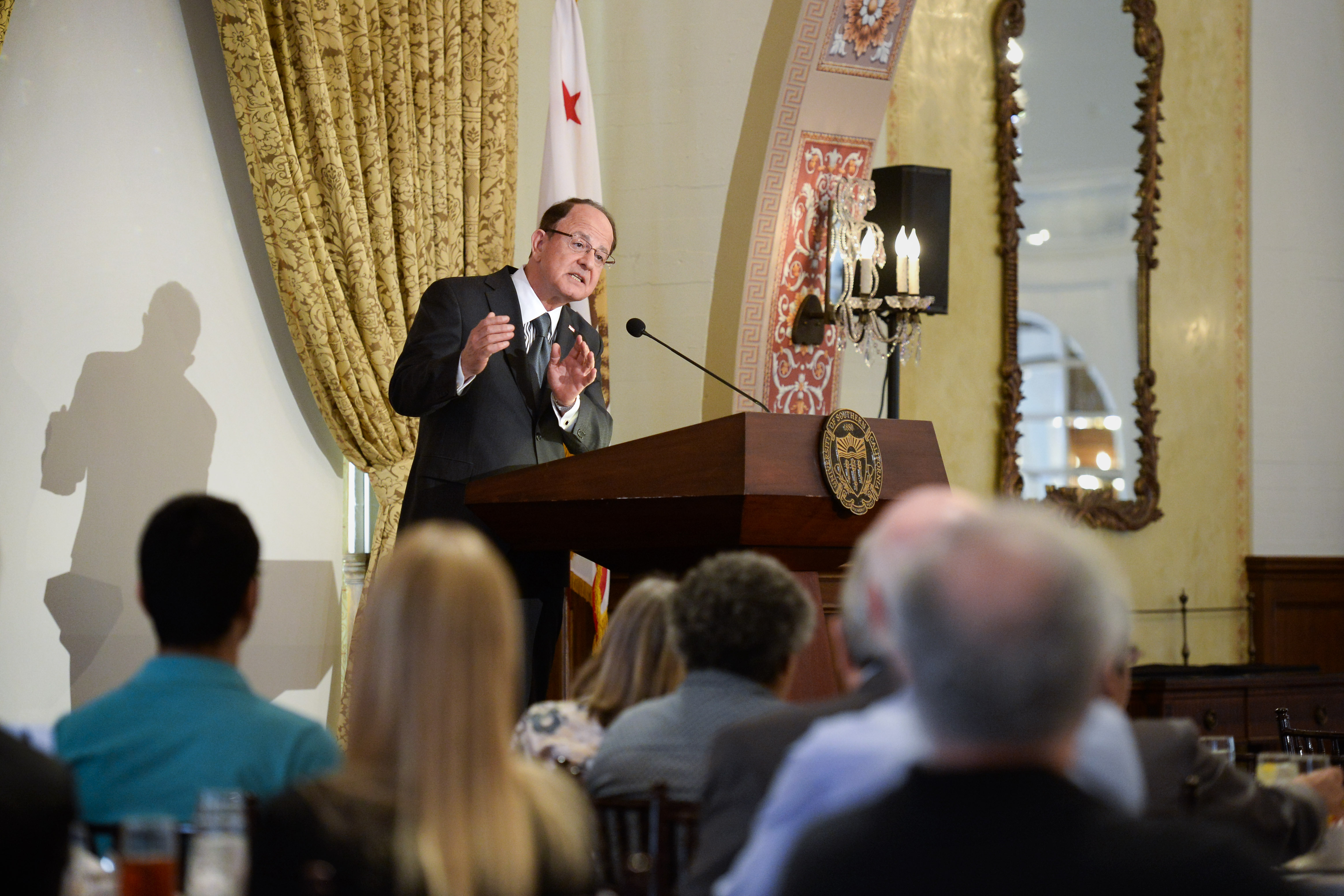 USC President C. L. Max Nikias described how the university quietly has been building an online education model that is academically and financially viable.

USC has made impressive progress on numerous fronts — from research and medicine to globalization and online education, said USC President C. L. Max Nikias, whose message about innovation and risk-taking were at the heart of his annual address to faculty.

“I’m No. 9 nine of 14 kids, so I’ve been making my own clothes my whole life,” says the assistant professor of costume design. “I feel in a way that I’m doing the exact thing I’ve always done.”