In 1970, the U.S. white population was 170 million compared to only 30 million racial minorities. New projections show that in 2044 there will be more racial minorities in the United States than whites, according to the U.S. Census Bureau.

“When we’re around the year 2050 and we look back, we’re going to look at this particular period as a pivotal period in demographic change in the United States,” demographer William Frey told USC students at a Feb. 9 discussion hosted by the USC Price School of Public Policy’s Tomas Rivera Policy Institute. “How we affect it, how we react to it, how we prepare for it is going to say a lot about how this country is going to manage in the next several decades.”

Frey, a senior fellow of the Metropolitan Policy Program at the Brookings Institution, a Washington, D.C.-based think tank, explained the findings from his book Diversity Explosion: How New Racial Demographics Are Remaking America.

The author noticed several major trends while studying the 2010 U.S. Census. For starters, there is a rapid growth of minorities: Hispanics, Asians and people of two or more races.

In the next 40 years, each of these groups is expected to more than double their population in the country. There is also a diminished growth and rapid aging of whites. In the next 10 years, there will be more white deaths than white births and white immigrants. 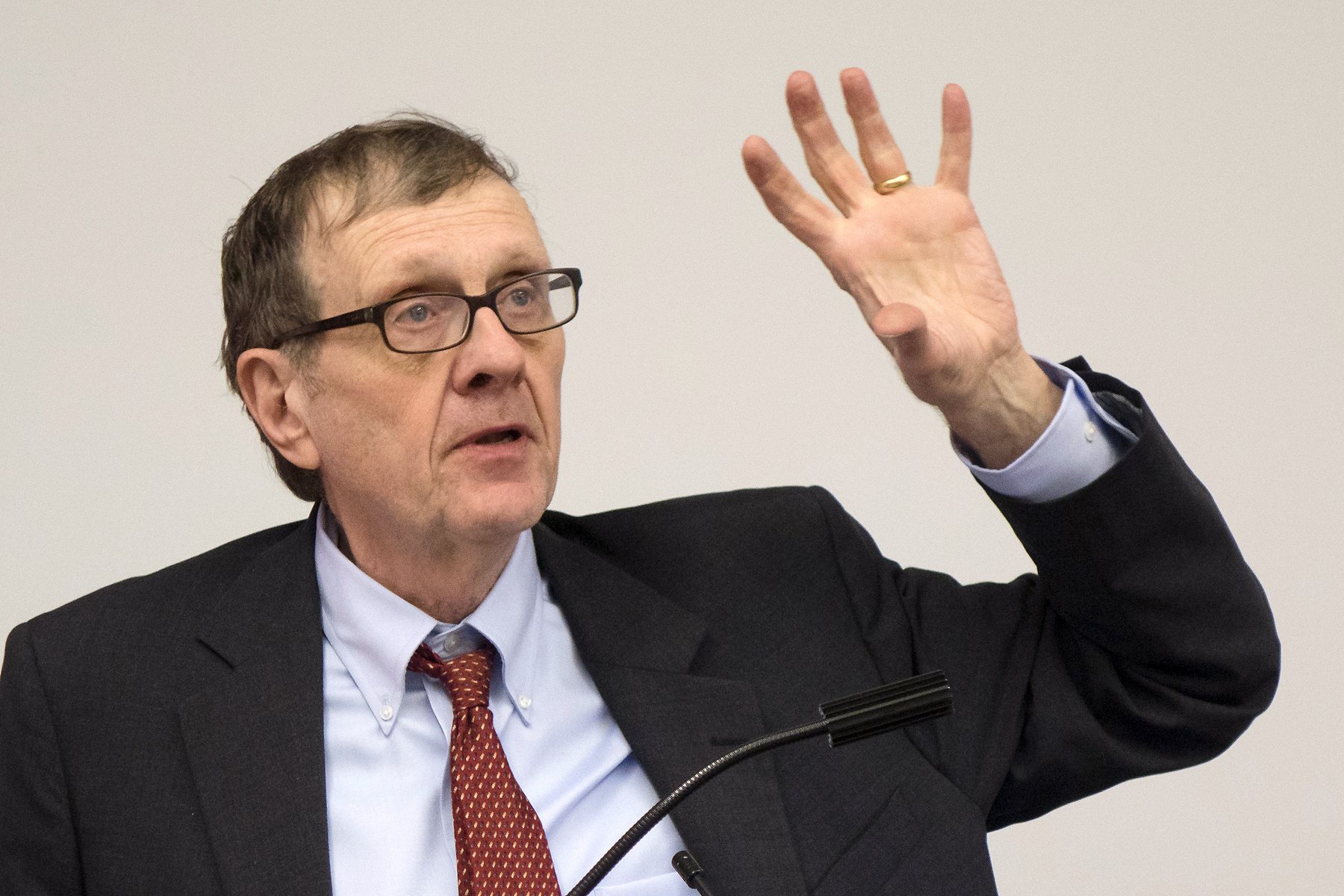 In the last decade, Frey also noticed a big dispersion of minorities from the usual melting pot places such as California, Texas and Florida. Minorities have followed jobs into the Sun Belt areas and the country’s heartland.

Contrary to popular opinion, immigration will play a minor role in the diversity boom, according to Frey. Most of the growth will result from an excess of births over deaths for minorities already in the country.

This is a diversity explosion that is going to happen irrespective of how future immigration is going to occur in the United States.

“It’s not all about immigration,” Frey said. “We’re already there. This is a diversity explosion that is going to happen irrespective of how future immigration is going to occur in the United States.”

Frey also thinks it’s important to communicate the benefits of this increase in diversity, without which the country’s population would plummet, to older baby boomers. Minority groups are needed to support government programs, including social security.

Preparing for the diversity boom

“I think the real challenge we have in terms of the cultural generation gap is to communicate this kind of message to the older population about how we all can benefit from the changing demographics in the country,” Frey said.

To prepare for the diversity boom, Frey recommends a focus on making things better for the next generation. This includes being proactive with civic engagement and social services to ensure that communities where minorities are headed will be prepared to make these new residents feel welcome; avoiding ugly situations such as the one in Ferguson, Mo.; and having leaders from all levels of government working on closing the cultural generation gap.

“I like his positive message and that he’s bringing a lot of what the Price School does in terms of demographic research, policy research and place-based research that’s very applicable to many of our faculty,” said Janna Goldberg, a Ph.D. candidate in urban planning and development at USC Price.

USC experts discuss the results of demographic shifts and increases in life spans.

Professor points out the public’s diverse opinions on immigration

Three documentaries reveal the challenges faced by Trojans and their families.