Miami Herald reporters Carol Marbin Miller and Audra D.S. Burch have won USC Annenberg’s 2015 Selden Ring Award for Investigative Reporting for their examination of six years of child deaths in Florida, a project that immediately resulted in the most sweeping overhaul of child welfare laws in the state’s history.

“Innocents Lost” chronicled the deaths of 477 children whose families had been known by Florida child welfare authorities. The project drew on records from the state Department of Children and Families, other state agencies and law enforcement – as well as interviews with police, prosecutors, teachers, doctors, relatives, family friends, child welfare administrators, children’s advocates, social workers, judges and others. The Herald filed three lawsuits, two of them successful, in their pursuit of the records.

The annual Selden Ring Award of $35,000, which has been presented for the past 26 years by the School of Journalism at USC Annenberg, honors the year’s outstanding work in investigative journalism that led to direct results.

Besides profiles on every child, the “Innocents Lost” project includes a searchable database of the children – now 534 of them – who have died of abuse or neglect since Jan. 1, 2008.

“They died often at the hands of relatives and often after the Florida Department of Children and Families had been warned that they or their siblings could be in danger,” the judges said in a statement. “Through stark writing and lucid reporting, the series showed how a policy shift in Florida to keep children out of foster care contributed to the death toll. The series prompted sweeping reforms that will bolster child protections.”

The panel also named two finalists, including The Washington Post’s Carol D. Leonnig, “whose remarkable reconstruction of security lapses by the Secret Service led to a shakeup at the agency, including the resignation of its director. In reporting her stories, Leonnig penetrated a highly secret government agency.”

Also named as a finalist were The Wall Street Journal’s Jennifer Levitz and Jon Kamp, “who revealed government regulators and the medical community had continued to embrace a device used for tens of thousands of hysterectomies a year despite evidence that its use could spread cancer rapidly. The FDA advised doctors to stop using the device, a major manufacturer suspended sales, and hospitals curbed its use.” 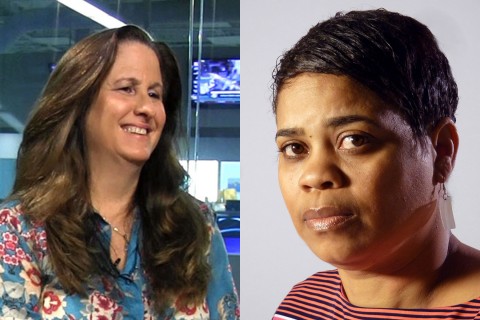 The Miami Herald’s project had an immediate, sweeping effect. Within three months of its launch, Florida lawmakers unanimously passed legislation that affected almost every facet of child protection policy.

The law established a new assistant secretary for child welfare at Department of Children and Families; developed a Critical Incident Rapid Response Team to send teams of investigators in after the death of a child whose case had department involvement; and eliminated the use of “safety plans” that were nothing more than parents signing notes promising to quit drugs or keep a violent boyfriend away from the home – with no enforcement.

It established a new, transparent website for DCF that posts information about individual child deaths.

To Miller, one of the most important impacts was a change in the state’s policy – that the rights of parents are no longer paramount to the safety of children. For a decade, DCF had followed a “family preservation” policy; now lawmakers have explicitly said that the welfare of children comes first.

Miller has been covering child deaths for years. But it took an in-depth investigation into the systemic failures of the state to get lawmakers’ attention, she said.

We wanted to take a deep dive, and we were hopeful that if we did, that would be enough to get the attention of the folks in the state capital who were in a position to do something about it.

“We wanted to take a deep dive, and we were hopeful that if we did, that would be enough to get the attention of the folks in the state capital who were in a position to do something about it,” she said. “It just didn’t have the same impact to write about these tragedies one by one.”

The “Innocents Lost” database tells the story of each child’s death through text and documents – police reports, autopsy reports and court records. Beyond that, there are hundreds of photos – putting faces to the stories.

“One of the things we thought was very important early on was to get people to understand the scale of the problem,” Burch said. “The way to do that was to humanize it. We wanted to deliver these children’s voices, to mark their deaths but also their lives.”

“When you look at that database, and you see the collection of lost children, it has a huge impact,” Burch said. “That’s what we asked our community – to pay attention to this and then to do something about it.”

Lawmakers weren’t the only ones who responded to “Innocents Lost.” Miller said a Miami-Dade grand jury presented a report endorsing the Herald’s findings that DCF had been systematically undercounting child deaths. The reporting also led to the indictments of two caseworkers, she said.

More than a dozen Florida news organizations published editorials, based on the Herald’s reporting, that demanded the state do a better job protecting children.

One of the most meaningful things to happen to Carol and I both was to have a parent — but in a lot more cases a grandparent — pick up the phone and say, ‘Thank you.’

“But I can tell you one of the most meaningful things to happen to Carol and I both was to have a parent — but in a lot more cases a grandparent — pick up the phone and say, ‘Thank you’ For not forgetting their child, for including their child and not letting the public forget who these children were.”

“The USC Annenberg School of Journalism is proud to present the Selden Ring Award, recognizing the extraordinary breadth of investigative reporting at news organizations big and small across the country – and the impact that reporting has in effecting change,” said Willow Bay, director of the School of Journalism.

The Selden Ring Award for Investigative Reporting was established in 1989 by the late Selden Ring, a Southern California business leader and philanthropist. He established the award to honor journalists whose investigative reporting informed the public about major problems or corruption in society and yielded concrete results. The award continues in his name thanks to the generous support of the Ring Foundation.

Faculty and students assess the responsibilities of journalists and communicators.

Affordable Care Act architect Ezekiel Emanuel will discuss ‘Why I Hope to Die at 75’ as part of an educational program aimed at journalists.