Ask Carl Voigt how many times he has been to Cuba and he will pull out three well-thumbed and heavily stamped passports and start counting.

“I lost track after the 20th time,” he said with a shrug.

The professor of clinical management and organization for the USC Marshall School of Business has forged past relationships in Cuba and has taken dozens of MBAs, as well as delegations of deans and scholars, to the tiny island nation over the years.

But his most recent trip was different. It marked the first time students were there under normalized diplomatic relations.

A planned economy in transition

In December, President Barack Obama announced his intention to normalize relations with Cuba for the first time since 1961. 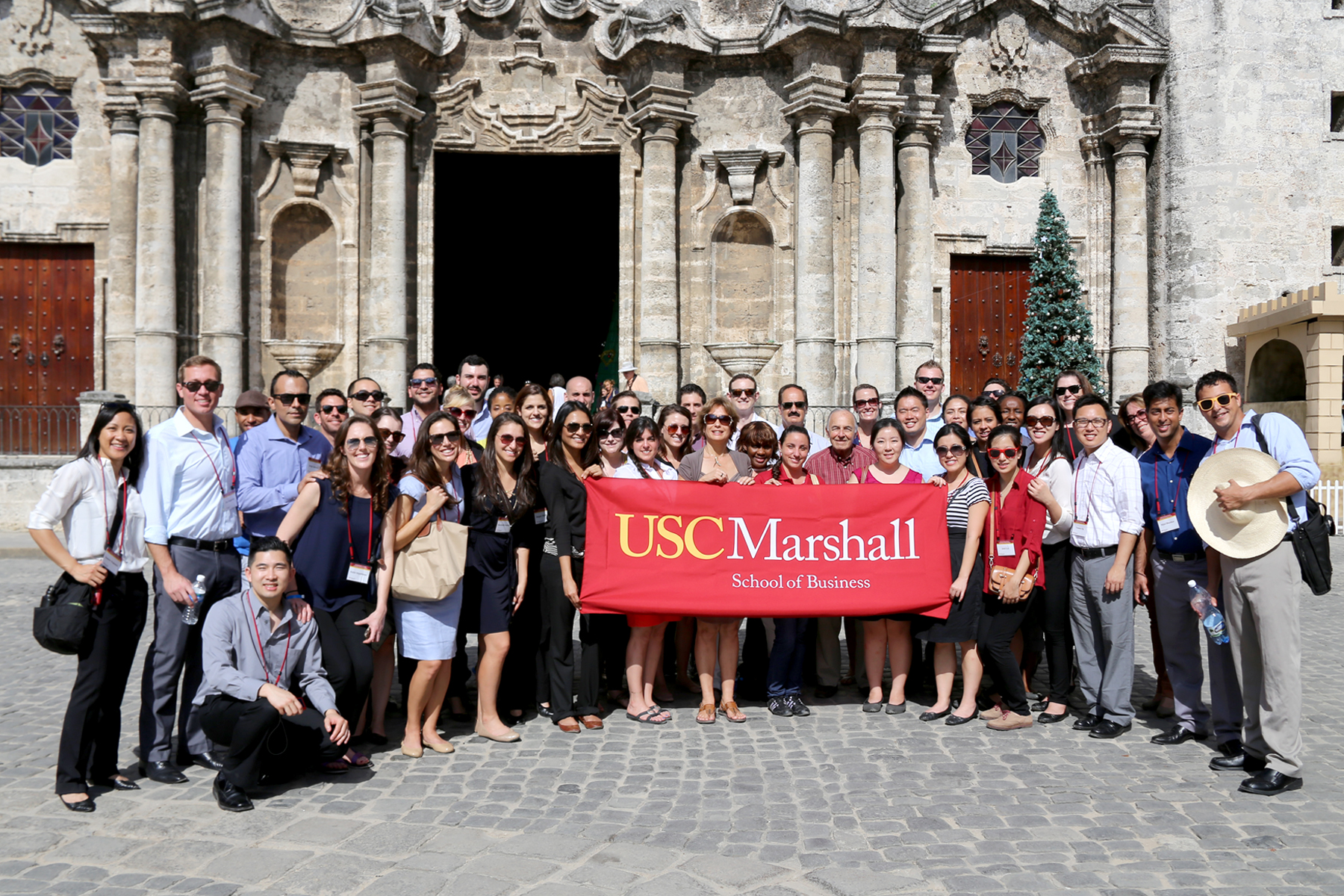 “It’s a planned economy in transition,” Voigt said. “To what, we don’t know yet.”

Some 40 MBA students spent 13 days over winter break meeting locals and being shown around the Vedado district by government officials.

Among the many observations students made was a palpable sense of resignation among the people.

“It was a confusing place, but beautiful in its own way,” MBA student Michael Schwartz said. “Everything is dilapidated but at the same time, there is so much history and personality to the place. There are pockets of optimism, but they’ve heard so many times that things are about to change, I think they have an ‘I’ll believe it when I see it’ attitude.”

Natasha Walker said she was surprised to learn about two concurrent currencies — the Cuban peso and the Cuban convertible peso — called the cuc (pronounced “kook”).

“It would pose a real accounting problem for foreign investors wanting to build a business here,” she noted.

As experiential learning opportunities go, the Cuba trips are invaluable.

“The students had an enthralling time and came back exhausted both physically and emotionally,” Voigt said. “So many of the things we take for granted over here, they don’t have over there. It is a fascinating case study.”

USC Marshall MBA students were among the first groups of pupils invited into Cuba after the PRIME program launched in 1998, he said.

“From a learning standpoint, the experience is just incredible,” Voigt said.

The idea isn’t to solve their problems, but to understand the complex political reasons behind them, he noted.

“I can get the next generation of business leaders to understand what happened to Cuba and what is happening now. But Cuba has to find Cuban solutions to Cuban problems. It’s not about us bringing U.S. solutions to Cuba. That is not the answer.”

USC students studied the shifting political, social and economic landscapes in Cuba for the second consecutive summer as the result of a collaboration of three schools.

Veterans learn how to succeed in business

USC course helps entrepreneurs broaden the reach of their enterprises.

MBA students find Cuba to be a confusing, beautiful place