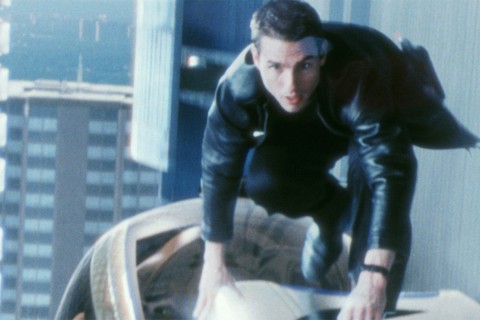 One of the most compelling developments in modern filmmaking is how evolving technologies influence the ways that artists express themselves.

The USC School of Cinematic Arts hosted a recent panel discussion on one of cinema’s most interesting applications of technology: world building. The event covered the subject as a function of pre-production in films, world building in the modern city and how transmedia is being increasingly controlled by fans.

Alex McDowell, William Cameron Menzies Professor at the USC School of Cinematic Arts and the founder and creative director of 5D/GlobalStudio, was the evening’s first speaker. McDowell spoke about his time as a production designer, building worlds for Minority Report and Superman Begins, among other films.

He stressed that world building technology needs to grow out of the storytelling needs of the entertainment industry to be truly effective.

The professor also talked about the use of such technology to “test out” ideas in theory before implementing them in large-scale social programs, essentially using an imagined world to test repercussions that could occur in the real world.

It’s time that we consider how storytelling has an effect on science.

Henry Jenkins, the Provost’s Professor of Communication, Journalism, Cinematic Arts and Education at USC, spoke on the future of transmedia and how fans are helping to create and grow worlds in which stories are told.

Jenkins said the worlds are a critical part of the project.

“More and more when we encounter a piece of media, we are encountering something which is bigger than the individual story,” Jenkins said. “We’re getting stories that are told across multiple media channels. This is nothing new. Sequels. Prequels. Movies that grow into TV shows. Game worlds on TV. Comic book universes. These are all spaces where the world is bigger than the story.”

Ann Pendleton-Julian, professor at the Knowlton School of Architecture at Ohio State University, reflected on world building’s contributions to the art and science of architecture.

“I’ve designed houses. Universities. Now I like to work on the scale of the city. That’s where the 21st century is playing out in the world of architecture,” she said. “Shanghai has literally been ‘world built’ like Minority Report. The idea that one can go beyond building stuff and build worlds where you can test out ideas is a fascinating way to use technology.”

Students check their egos at the door for Don Quixote

Members of a USC film class co-taught by James Franco get a lesson in humility and collaboration.

Gone Girl, The Imitation Game, Inherent Vice, The Theory of Everything and Wild receive nods for this year’s ceremony.