Students and faculty alike gathered in the lobby of Wallis Annenberg Hall on Tuesday night to watch President Barack Obama declare, “The state of the union is strong.”

The president’s sixth State of the Union address was shown on the giant screen in the lobby of the  journalism and communications building, followed by the Republican response by Sen. Joni Ernst (R-Iowa).

Schnur noted that more than 200 people crowded the Annenberg lobby to watch the speech.  “That was the largest turnout we’ve had for an on-campus political event since Election Night 2008,” he said.

The viewing and panel discussion were sponsored by Unruh Institute and the USC Annenberg School for Communication and Journalism. 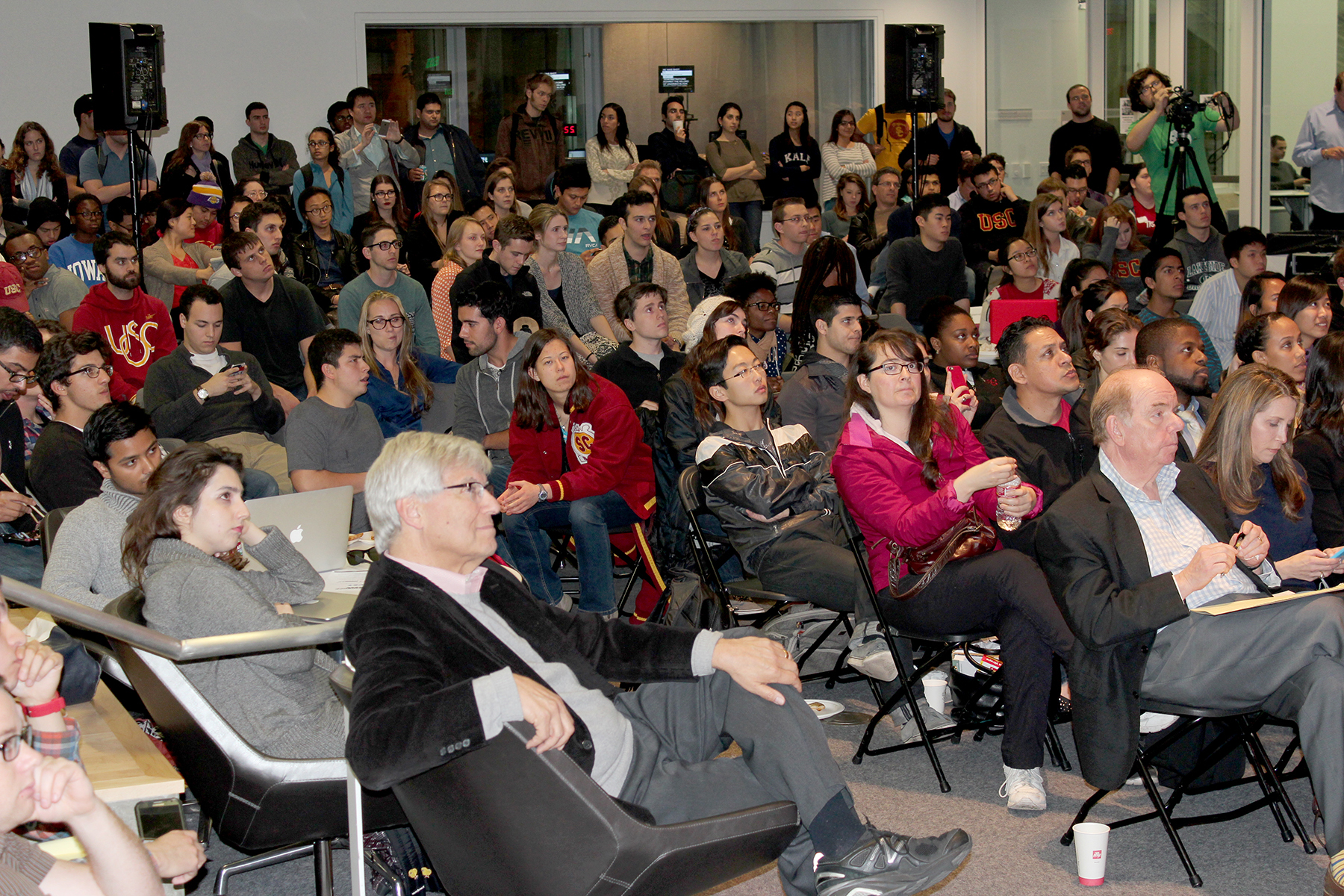 Is it time to abolish the death penalty?

Panelists ponder the moral, racial and ethical aspects of the long-simmering debate at a Levan Institute conversation.

How can California make better use of urban areas?

The senator won’t seek re-election in 2016, and voters are ready for new blood, a USC Dornsife/Times poll found.