How happy are you?

Much research on well-being makes use of the Day Reconstruction Method (DRM), a methodology developed in 2004 by a team including Arthur Stone and Norbert Schwarz, two researchers at the USC Dornsife College of Letters, Arts and Sciences.

The DRM — developed with Nobel Prize winner Daniel Kahneman, Alan Kreuger and David Schkade — is designed to collect data describing the experiences a person has on a given day, through a systematic reconstruction conducted on the following day.

Information about a person’s use of time and the frequency and intensity of stress, enjoyment and other emotional states can help medical researchers assess the effects of an illness such as cancer. The method is also valuable for economists and policy researchers who evaluate policies such as end-of-life care and access to child care, as well as valuing activities such as housework or commuting.

During a conference held on the University Park Campus, developers and users of the DRM looked at the tool, as well as ways to improve it.

The international group in attendance included social scientists, economists and analysts from the United States, Japan, the United Kingdom, Canada, the Netherlands, Israel, Germany and France.

The DRM is one of the most influential methods ever developed for assessing experiences and well-being.

“The DRM is one of the most influential methods ever developed for assessing experiences and well-being,” Michael Quick, interim provost and senior vice president for academic affairs, told attendees in his welcoming remarks.

Among the most important aspects of any academic pursuit is reflecting and recalibrating as one’s expertise grows, he noted.

“The knowledge accumulated takes on new meaning and evolves in new contexts,” said Quick, professor of biological sciences at USC Dornsife. “When we bring together leading voices in the field for a conversation on those developments, we get a broader picture of their strengths and weaknesses, as well as inspiration for future applications.”

Stone, director of the USC Dornsife Center for Self-Report Science and professor of psychology, organized the event with support from the National Institute on Aging’s Roybal Center at Princeton University, in collaboration with the Organisation for Economic Co-operation and Development.

“We’ll look at the status of the DRM and delve deeply into the methodology,” Stone said. “My hope for this meeting is to develop an agenda for the next few years of DRM research.”

Schwarz, co-director of the USC Dornsife Mind and Society Center and Provost Professor of Psychology and Marketing, recalled that when developing the DRM, he and his colleagues found that all of their hypotheses for how people think about their lives were wrong. The DRM allowed them to see that people gauge their life satisfaction very differently when you ask them, for instance, how they feel overall versus how they feel in the moment.

In a non-DRM study, one researcher who asked participants to give their overall rating on various activities found that parents gave spending time with their children a very high rating.

“What they’re thinking of is tucking their children into bed, watching a movie together, going to the museum, all of which is nice,” Schwarz said. “Except that’s a relatively small chunk of the time you spend with your kids.

With many activities, doing them in the presence of your kids is actually a negative impact. For instance, going shopping with your kids is really no fun at all.

“It turns out when you do moment-to-moment research, looking at individual activities, which the DRM does, responses are very different. With many activities, doing them in the presence of your kids is actually a negative impact. For instance, going shopping with your kids is really no fun at all. It goes on like this.”

Their time has come 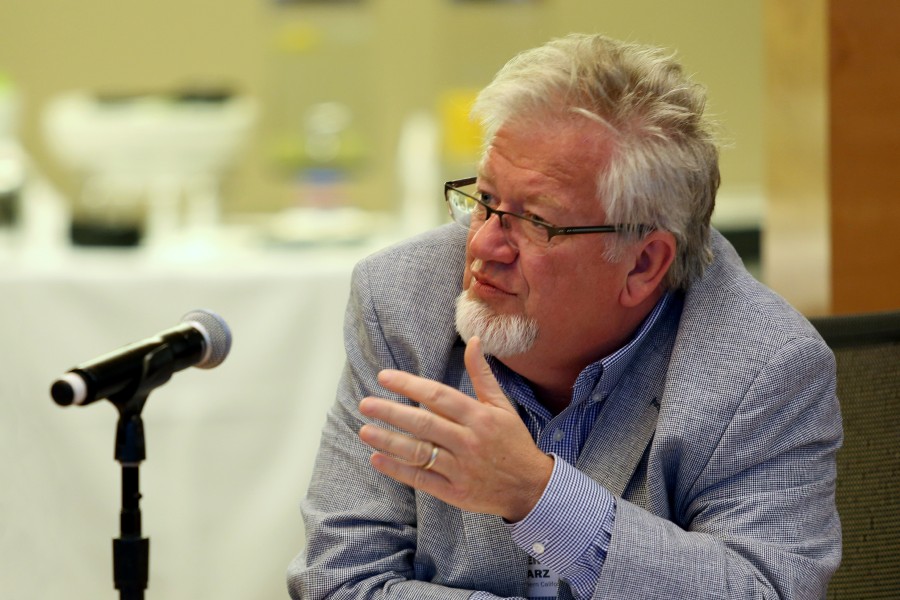 To date, the DRM technique of adding ratings of experience to time-use activities has been implemented as part of the annual American Time Use Survey sponsored by the Bureau of Labor Statistics and conducted by the U.S. Census Bureau.

The survey measures the amount of time people spend doing various activities, such as work, child care, housework, watching television, volunteering and socializing. Researchers are able to use the data to study a range of issues, and analysts can compare Americans’ time use with similar data from about 50 other countries that have time-use surveys. The DRM has also been applied to time-use surveys in Canada and France.

While the DRM is most often used for well-being research, Stone suggested that the DRM has a place in symptomatology or pain research. In fact, Krueger and Stone published a report using similar techniques in The Lancet a few years ago. The conference was an opportunity to explore those possibilities.

“We can start imagining how this method could be used in lots of different areas,” Stone said.

“There are many constructs that I think would benefit by this methodology — social interactions, what goes on at work, certain medical symptoms, a whole variety of environmental factors, to name a few. This meeting will consider the DRM not only as a well-being measure, but as a broad approach to getting information about everyday experiences in an efficient way.”

Provost Professor focuses on human judgment and cognition, including the interplay of feeling and thinking.