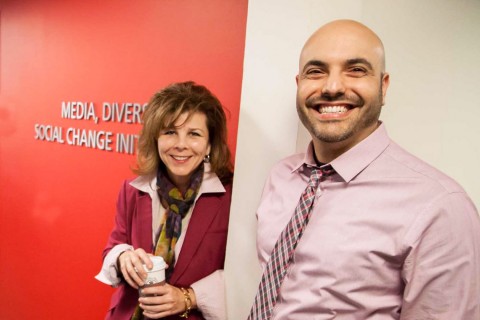 It didn’t take long after this morning’s announcement of the Oscar nominations for social media to start buzzing.

Industry observers and fans alike quickly noticed that not a single person of color was nominated in the four acting categories; it’s the first time that’s happened since 1998. The hashtag #OscarsSoWhite quickly began trending on Twitter.

Oscar’s lack of diversity may have been a shock to many, but Stacy Smith of the USC Annenberg School for Communication and Journalism knows it’s nothing new.

In a study of 600 popular films released between 2007 and 2013, Smith and her team found no meaningful change in the representation of racial and ethnic groups on the big screen.

Looking at the 100 top-grossing film of 2013, nearly a fifth of all studied films had no black speaking characters at all. Another 37 films depicted black characters as roughly 2 to 10 percent of the cast.

Across the U.S., blacks comprise about 10 to 14 percent of the population.

Other racial and ethnic groups were similarly underrepresented. Males also outnumbered females in each group.

“Stories and storytellers should reflect viewers who hail from different cultural backgrounds,” the study said.

Gone Girl, The Imitation Game, Inherent Vice, The Theory of Everything and Wild receive nods for this year’s ceremony.

Online applications for the first cohort, set to begin studies next summer, will be available in January.