Emily Mufich started college knowing exactly how she wanted to finish — with degrees in two very different majors that made the most of her time at USC.

“I like to say that history is my fun major and business is my practical major,” said Mufich, a senior from Sacramento.

Like a growing number of students, Mufich found that combining two disparate tracks — history and business administration — is giving her an edge in an increasingly competitive corporate world. As she begins her interviews for internships and jobs beyond USC, her double major has given her a powerful boost in employment prospects — not to mention a good conversation starter.

“It sets me apart,” Mufich said. “I think prospective employers really want candidates who can do the work in business, but also think critically and write well. I’ve learned to do both.”

USC’s strong interdisciplinary offerings and access to 19 schools, including engineering, business, theater arts and communications, have convinced many undergraduates to double down on their majors.

I think prospective employers really want candidates who can do the work in business, but also think critically and write well.

Undergraduates have married chemistry and cinematic arts; history and journalism; and psychology and computer science. And the trend to double major is building. The number of students taking this tack at USC has increased nearly 15 percent since 2010. This school year, 209 Trojans are on track to graduate with a double major, according to the USC registrar’s office.

“Some students are interested in earning a professional degree, but also wish to study chemistry, the classics or another foundational subject in the liberal arts,” said Gene Bickers, vice provost for undergraduate programs. “USC offers the opportunity to do both — the sky is really the limit.”

Students like Mufich gravitate to USC because they know that tackling two subjects won’t necessarily take longer than one. USC offers lots of collaborations across disciplines — including double majoring. The Renaissance Scholars program, for one, allows students to pursue disparate majors and minors.

“USC has a long history of encouraging and promoting interdisciplinary education,” Bickers said. “We make it very easy for students who want to pursue majors from different schools or in the humanities.” 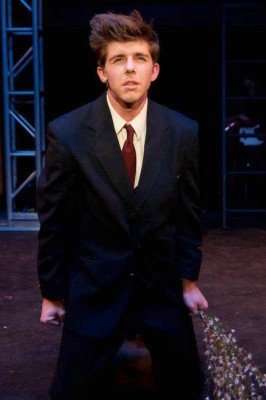 Kevin Herald ’14, here in a production of Spring Awakening in 2014, studied political science and theater. (Photo/ courtesy of Kevin Herald)

That’s what attracted Kevin Herald ’14 of Santa Barbara to USC. To soak up an eclectic mix of fine arts and humanities, Herald studied political science and theater before he graduated at the end of fall semester. He calls it “a well-rounded education.”

“I chose USC because it allows flexibility and has equally great artistic and academic departments,” Herald said.

Herald, who performed in several USC plays, including Spring Awakening, Sweeney Todd and City of Angels, added a third dimension to his USC experience. He studied abroad in Spain in spring 2014.

“It may be impossible, but I’m trying to figure out how to combine my love for theater, political science and Spanish into something great. I’m interested in how Spanish people express themselves through art, history and law,” he said.

Carl Martellino, executive director of the USC Career Center, believes that besides conducting research and interning, graduates can set themselves apart by focusing on two majors.

“Pairing majors can lead to complementary skill sets and novel approaches to complex issues,” Martellino said. “A double major, coupled with internship and research experience, can be a very strategic way to demonstrate the breadth and depth of one’s talents.”

Shirley Chung of Seattle knows firsthand what a double major can do. As a senior, Chung is studying cognitive science and computer science, although she started out as a psychology major. 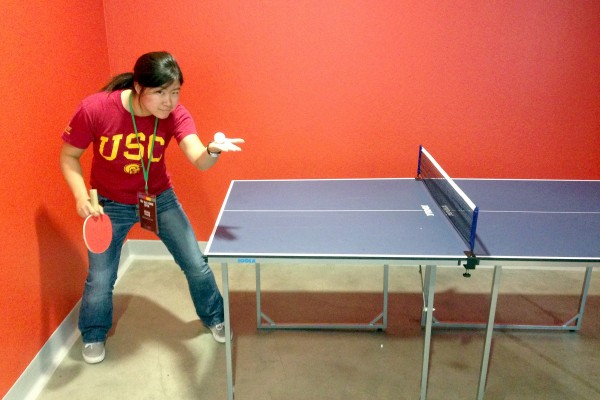 “Google generally likes to see people who can think differently,” Chung said. “First and foremost, you have to have the ability to do a technical job — code. But at the same time, having cognitive science on my resume shows that I can think beyond just the code. Also, they have a couple of different roles that are focused on human interaction with the products. I think they like to see people who have some understanding of that.”

And as Mufich looks ahead to the end of her senior year, she’s excited about her future and career opportunities. She credits her double major for helping land a local internship at Unified Grocers last summer.

“In all of the interviews I’ve done, I’ve always gotten a comment. ‘Oh, you’re doing history, too?’ If nothing else, it just gets the employer more interested in how you work and how you would work as their employee.

“I’ve found double majoring to be one of my best decisions ever.”

Order of the Torch honors top students for contributions

The 12 selected seniors chose Mr. USC and Miss USC from among their ranks.

New students have a reason to step out

USC’s spring admits enjoy a night out before starting their college work next week.

USC Dornsife’s interdisciplinary major will examine nonprofits fostering change in all corners of the world.

Students double-down on job prospects — and interests — with dual majors