The holiday season has been anything but restful for Trojan football player Chris Willson, who found a way to focus on the community between football and finals. With a bright, red uniform covering his 6-foot-5-inch, 250-pound frame, Willson was not blocking or running routes, but rather handing out gifts as a jovial Santa Claus. 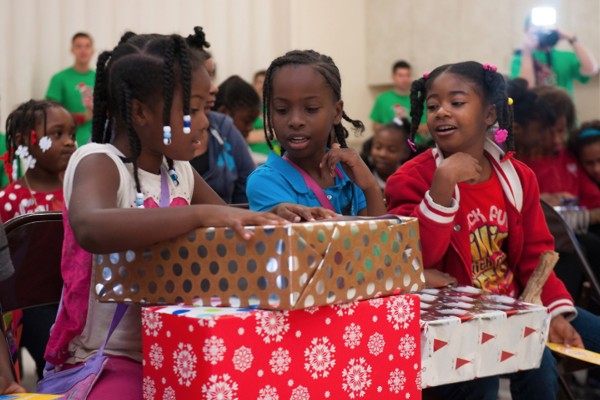 Willson joined 19 other Trojan student-athletes from six sports in distributing gifts to children in underprivileged neighborhoods throughout South Los Angeles in the days preceding the holidays.

Each gift was handpicked from a wish list provided by the kids and their parents earlier in the month.

For Willson, this type of work has become a December tradition. The redshirt senior’s philanthropic side stems from his days as a pitcher for the Wake Forest University baseball team.

As a Demon Deacon, Willson was involved in a similar project created by Wake Forest Athletics called Santa’s Helper, where Willson could be spotted handing out gifts to children during the holiday season.

His size makes him an obvious fit for the Santa suit, but it’s his caring nature that brings the role to life.

Being at USC, we have an amazing platform to reach out to the community. But with that platform comes great responsibility.

“Being at USC, we have an amazing platform to reach out to the community,” Willson said. “But with that platform comes great responsibility.”

With three separate cars hauling presents, the USC student-athletes rode over to Washington Park in Watts for their first stop of the day Dec. 14.

One by one, every Trojan participant called out the name of a youngster to receive his or her present. Families and neighbors cheered for each child, who posed for a photo with Santa before it was on to the next gift.

Once all children in attendance received a present, the USC student-athletes showed the kids how their new toys worked. From Ninja Turtle-themed scooters to Barbie dolls to fighting robots, there were toys for boys and girls of all ages. 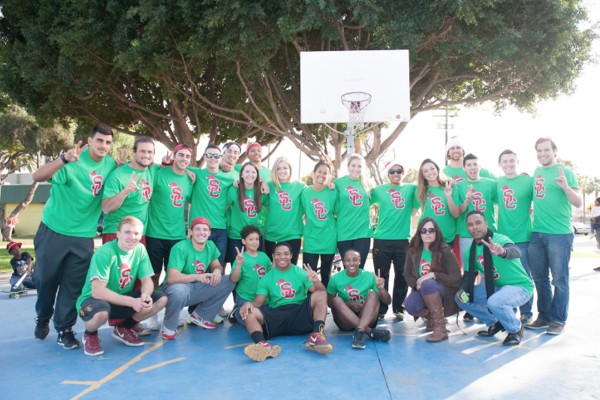 Later, the athletes visited Wilson Park in Compton for the second leg of their gift-giving mission. The athletes once again handed out personalized presents and also engaged in a friendly pigskin pick-up game with the kids.

In total, the Trojans handed out more than 100 gifts between the two locations.

It’s an incredible thing to be at a university where we can go out and give. That’s what the season is about — giving.

“It’s an incredible thing to be at a university where we can go out and give,” senior soccer star Caroline Stanley said. “That’s what the season is about — giving — and it made my day to see the huge smiles on their faces.”

But of course, it wasn’t only the kids who benefitted from the spirited afternoon. 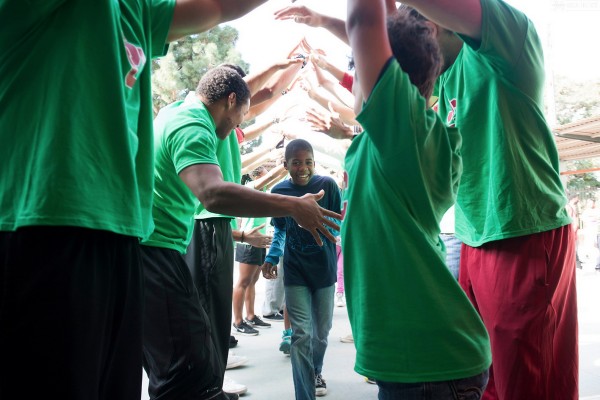 “I think service is so important to the USC athlete because it’s not only the kids getting something out of it, but it’s for us too,” Willson said. “Realizing the impact that we can have is huge.”

The day before, Willson and a host of other student-athletes participated in a holiday carnival before tip-off of the Trojan men’s basketball game against Army. Willson played Santa, as usual, while the other Trojans helped children create signs for the game.

Trojan athletes continued their delivery of gifts and holiday cheer the following weekend with stops at the Jordan Downs Housing Projects in Watts and the Ramona Gardens facility in Boyle Heights.

The annual award will go to a male or female track and field athlete who best epitomizes the Trojan legend.

USC to take on Nebraska at Holiday Bowl in San Diego

The Trojans will make their first appearance in the game Dec. 27.