Geographically concentrated poverty in the United States remains a vexing challenge, despite decades of public and philanthropic initiatives aimed at eliminating it.

To share new insights, promote more effective solutions and elevate the national dialogue on those efforts, The Center on Philanthropy & Public Policy and the Sol Price Center for Social Innovation convened “Prioritizing Place,” a national forum on the current state of and renewed potential for place-based initiatives.

Held at USC in December, the two-day event united policymakers, foundation and corporate executives, and thought leaders from across the country to unravel the myriad complexities of place-based work. The gathering built upon a yearlong inquiry by the centers into philanthropic and public-sector initiatives that included high-level experts who served on a National Advisory Board, as well as in discussion groups held in Los Angeles, New York and Washington, D.C.

The results of that research will culminate in a forthcoming monograph, an advance copy of which was provided to forum attendees. The monograph examines an array of efforts from across the country, featuring the perspectives of leaders, many who have spent entire careers focused on place-based work.

There is a renewed surge in interest in the corresponding flow of resources to these efforts.

“Although place-based initiatives have been a strategy used by foundations and government for decades, there is a renewed surge in interest in the corresponding flow of resources to these efforts,” said James Ferris, director of the Center on Philanthropy and holder of the Emery Evans Olson Chair in Nonprofit Entrepreneurship and Public Policy at the USC Price School of Public Policy, in his opening remarks.

“The new smart wave of place-based work is not about isolated initiatives that are operating in a neighborhood here or municipality there,” said Emerging Markets Managing Director Elwood Hopkins, who helped spearhead the inquiry. “They are situated within much larger economic forces, and they’re nested within larger public policy frames.” 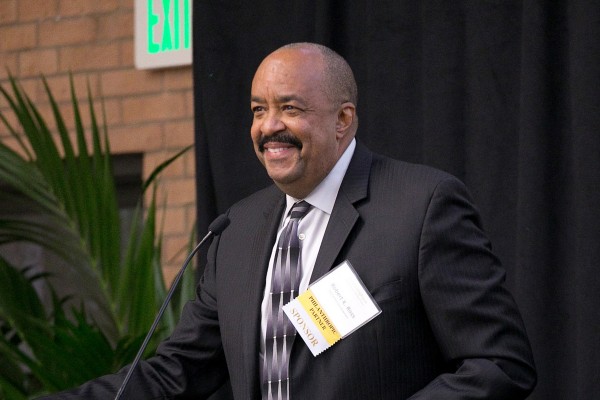 Robert Ross, president and CEO of The California Endowment, discussed the opportunities, challenges and lessons that he is learning while leading a 10-year, $1 billion commitment to improve the health and welfare of residents living in 14 targeted sites across California.

One of the enduring challenges, he said, was the issue of scalability.

“Remember that the president and the White House had designs for a billion-dollar package — about the cost of one B1 bomber — to try and move the Harlem Children’s Zone [a place-based initiative providing educational and health programs to underserved families] into a replication model. They couldn’t do it.”

We know that your Zip code means much more than your genetic code in terms of predicting health status.

Ross also spoke of the importance of having a multitiered strategy that empowers residents to make their own communities better by giving them a voice to influence policymaking processes. Despite the difficulties, he said that the rationale for doing place-based work is clear. “We know that your Zip code means much more than your genetic code in terms of predicting health status.”

Plenary discussions at the national forum ranged from theories, assumptions and approaches to the everyday challenges of making place-based initiatives work.

Breakout sessions focused on such issues as connecting people to economic opportunities in places, examining differences in how the philanthropic and public sectors work to maximize impact, braiding philanthropic and public-funding streams, and building the capacity of both communities and the sectors to make a bigger difference. Participants also addressed how place-based programs can be replicated and scaled, as well as how they have expanded beyond the inner city to reach rural communities and Native American reservations.

Boston Chief of Economic Development John Barros reflected on his leadership at the Dudley Street Neighborhood Initiative, a comprehensive, community-driven neighborhood revitalization effort in the Roxbury/North Dorchester area of Boston, and how he is translating its quest for economic empowerment and social justice into citywide policy. 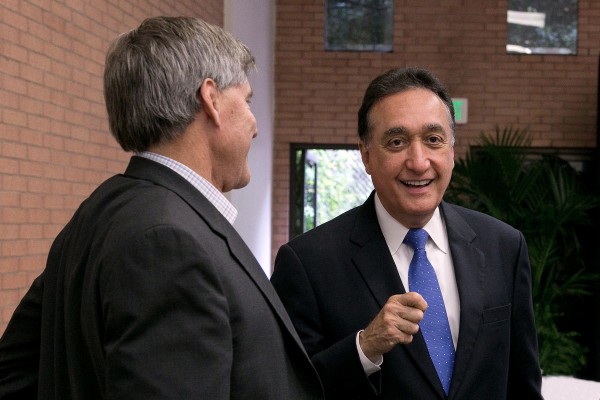 Henry Cisneros, chair and CEO of CityView, delivered closing remarks that placed the convening in historical context. Cisneros, who also contributed to the original monograph, reflected on the evolution of place-based initiatives and their future in philanthropy and in influencing public policy.

He said he first considered the field’s potential decades ago while serving as U.S. secretary of Housing and  Urban Development.

“In contrast to many other federal agencies, we looked at budgets, programs and delivery systems that in some cases went directly to individuals.”

In the context of the national conversations taking place today about race, equality and justice, Cisneros also noted that while “Ferguson, Missouri has been described as a crisis around policing practices or a failed environment of economic opportunity for young African-American males, it is also the story of a place: a place where poverty has become concentrated in a way in which poverty is also isolated. A place where there’s a lack of opportunity for young African-American men. A place where there’s a lack of education and training pathways and, therefore, few pathways toward improvement in life.”

He suggested that the next evolution of place-based work should focus on issues of equity and the integration of that value in everything that happens next.

As attendees prepared to build upon these discussions in moving the field forward, they agreed that not only must more resources be raised, but also that cross-sector partnerships are essential — from community residents to politicians.

“For many years, place-based advocates saw themselves standing in opposition to policymakers,” Ferris said. “But the fact is that local initiatives can demonstrate new approaches that can be incorporated into public policy and serve as vehicles for public resources. The government can also create conducive environments for initiatives by being place-conscious.”

The forum was sponsored by the Ford Foundation, The Annie E. Casey Foundation, JP Morgan Chase & Co., Bank of America and The California Endowment.

An urban planning class found ways to revitalize one of the city’s densest communities.

A singer’s fame and fortune lead to philanthropy

A musical star with a social conscience, alumnus Aloe Blacc is determined to use his talents for social change.

Program reflects the increasing role of nonprofits and philanthropy in public service.