In recent weeks, Jacob Soll, professor of history and accounting at USC traveled to Portugal and Greece, countries that have dealt with serious financial crises in recent years.

Thanks to interest generated by the release of his new book, The Reckoning: Financial Accountability and the Rise and Fall of Nations (Basic Books: 2014), Soll was there to meet with journalists, politicians and government officials in both countries.

Upon his return, Soll talked about publishing the Portuguese edition of his book, appearing on national Portuguese TV, radio and major newspapers, meeting the Greek prime minister and his tête-à-tête with Greece’s finance minister to share his recommendations, which are now being implemented.

How does The Reckoning fit into the current situations in Portugal and Greece — are there direct parallels?

You bet. Both Greece and Portugal have had massive economic crises, both of them caused in part and exacerbated by bad accounting. Greece does not use or require international accounting standards. And in Portugal, which has adopted them, the biggest bank, Banco Espirito Santo, collapsed due to accounting fraud, giving a body blow to the economy. 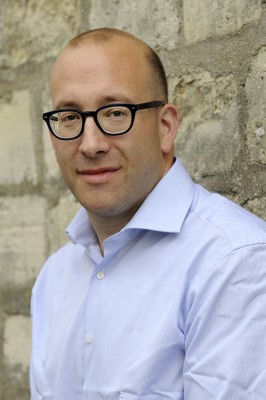 Nov. 10 marked the launch of the Portuguese edition of your book. Why do you think Portugal embraced the book with such gusto? In the book’s new Portuguese historical introduction, what did you touch upon?

Portugal has had a series of brutal accounting scandals, such as that of the Banco Espirito Santo, which has hobbled the economy. The public is clamoring for accountability. Recently, a former prime minister was money laundering off the books and they put him in jail, a first in Portugal. Accountability is on everyone’s lips, and there is real rage and real attempts at reform. I wrote a Portuguese introduction to the book, discussing the history of accounting in Portugal and the recent scandals. There is an appreciation that foreigners take an interest in Portuguese history and current events.

How did your meeting come about with the director of the Tribunal de Contas (Court of Auditors, Portugal’s supreme audit institution)? What did you discuss?

I met José Tavares through contacts who believed he would be interested in the book. He explained to me how Portugal has adopted IPSAS [International Public Sector Accounting Standards] and the process of doing so, both in Portugal and the European Community. I’m proud to say he now assigns my book as required reading. He is a real reformer and gives me hope.

You were interviewed by Radio Television Portugal and Radio 1 Portugal, and your book was reviewed by Portugal’s biggest weekly magazine, Sábado, and leading newspaper, O Publico. What kinds of questions were you asked; what’s on the mind of the Portuguese people?

One question over and over again: How can the country achieve accountability, and my response is the same I give everywhere: Accounting needs to be discussed by journalists, politicians and by the public. All players in a democracy need to understand accounting because it is the principal language of financial and political accountability. The Portuguese were also interested in their history. How had a country that had pioneered public accounting reforms in the 18th century become an economic backwater and now a site of current economic crisis? History is a good way to answer those questions.

In Greece, you participated in a panel discussion and presented your book at the nationally broadcast American Hellenic Chamber of Commerce’s 25th Annual Economic Forum in Athens. Attendees included members of the government and press. What was your message to the people of Greece?

The Greek visit was both inspiring and heartbreaking. There are so many talented people there — the American Hellenic Chamber of Commerce and many in government and industry — but the system isn’t working. There is no transparency there. So my message was simple: Without IPSAS there will be no trust, neither within the country, nor outside it. Without trust in government numbers, there will not be credit and investment. Almost all in the business community I met agreed. They were very receptive to how France declined for 100 years due to a lack of accounting standards and transparency. Again, we see how history is a terrific tool for discussing current problems.

After meeting the finance minister, I presented my book and made a case for IPSAS standards to Katerina Savvaidu, the secretary general of the general secretariat for public revenue at [the] Ministry of Finance, in a private meeting. I was impressed to receive a message from her that she is now working to bring the Greek Taxation system under IPSAS standards and that I will continue to consult with her office. It’s a very courageous move on her part. It also shows that research in the humanities is useful for and can have an impact on world policy and events. And I hope she succeeds. She deserves a lot of credit for this.

Tell us about your dinner with Greek Prime Minister Antonis Samaras.

It was a big dinner. I was seated behind the finance minister and three places from the prime minister. It was all politics. But I spoke to the minister of finance and former head of the Greek National Bank, as well as with leaders of industry, the visionary leaders of Japonica Partners — major investors in Greek bonds who are world champions of IPSAS adoption and defy stereotypes about finance. I also spoke with my hosts, the leaders of the American Hellenic Chamber of Commerce, as well as with Deborah Wince-Smith, the president of the United States Council on Competitiveness. Samaras made a political speech that was aired on the eight o’clock news. My sense from the dinner was that there is a lot of talent in Greece, but that its government as a system is struggling. In any case, many leaders were eager to listen and look for solutions. Luckily, IPSAS is a clear one, and many agreed on that.

What do you hope your visits to Portugal and Greece accomplished overall?

The same message that I brought to the United States and the United Kingdom when the books were launched there: that if we want political and financial stability, my research shows that bringing accounting into political debate is the most effective way to talk about and, indeed, bring about accountability, trust and credit — all essential to democracy. It’s a message we need to take to heart here in the U.S., as our own government does not use IPSAS standards. It should be a major cause of concern to American citizens. At that level, Portugal and Greece, due to their respective crises, are facing the question of government financial transparency more seriously than we are, I’m afraid.

What were your biggest takeaways?

Writing books about the humanities is a way to communicate about politics internationally. History is a language that engages people across countries and political boundaries. The more literate we are, the more cosmopolitan we are, the better we are going to do.

A hub of Armenian history makes its mark

Celebrating its 10th anniversary, the Institute of Armenian Studies raises awareness of culture and contemporary issues on campus and beyond.

USC embraces its history with unveiling of Judge Widney statue

Here’s how countries can achieve accountability