During most of his twenties, Neil Segil couldn’t really imagine pursuing a career in science and being a professor. Now he’s doing both — as a principal investigator with USC Stem Cell and a professor of research in the departments of stem cell biology and regenerative medicine, and otolaryngology-head and neck surgery at the Keck School of Medicine of USC.

“I enjoyed doing experiments and working in the lab but wasn’t very eager to run one,” he explained.

On the road to medical matters

After growing up mostly in a Massachusetts sailing town, Segil studied philosophy and psychology at Hampshire College. In a lab at neighboring Smith College, he made his first foray into stem cell science when he wrote his senior thesis — a study about lens regeneration in newts published in Developmental Biology.

I wasn’t thinking of being a scientist, but I had a good time doing that.

“I wasn’t thinking of being a scientist, but I had a good time doing that,” he said.

Diploma in hand, he traveled for a year or two, working as needed to fund his adventures. He did a nine-month stint in a Harvard Medical School lab run by David Hubel and Torsten Wiesel, who shared the 1981 Nobel Prize in Physiology or Medicine for explaining how the brain forms images using information from the retina.

Inspired by the experience, he enrolled in graduate school at the University of Washington to study retinal development with Raymond Lund, but dropped out to move to New York City and work with a friend who was establishing an independent publishing company. Together, they started Europa, a magazine that published articles on East European political science and cultural affairs.

“We were interested in the politics of Eastern Europe and the Cold War, and it was a time when there was a lot of dissident activity in Eastern Europe, so we had lots of material,” he said. “The magazine failed pretty quickly for lack of resources, but it was an interesting experience.”

Taking a leap into biochemistry 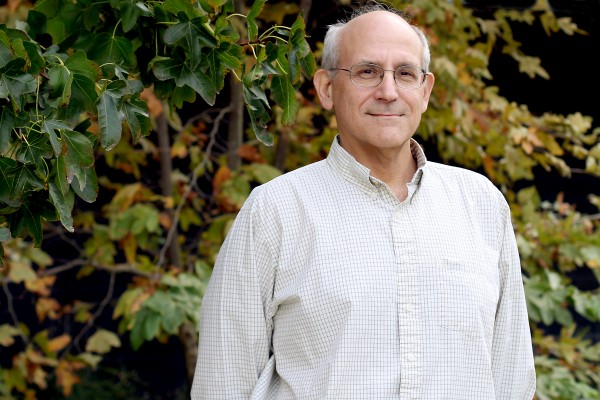 To support himself, he worked as a technician at New York University and realized that he missed the lab. So he enrolled in the Ph.D. program at Columbia University, where he studied biochemistry with an emphasis in early frog development. When his thesis advisers relocated to Vienna, he expanded his horizons even further and moved abroad for a couple of years. He then returned to New York City to do postdoctoral research about cell division and gene expression in the lab of Nathaniel Heintz at Rockefeller University.

“By that point, I was finally committed to being a scientist,” Segil said.

He was presenting his postdoctoral research at the annual cell biology meeting when he bumped into an old friend who encouraged him to apply to a job in the new cell and molecular biology department at the House Research Institute, a Los Angeles nonprofit specializing in the science of hearing.

“I thought that that was pretty silly because I had no experience working on the ear,” Segil said. “But the guy who was doing the recruiting looked me up at this meeting and tried to convince me that the work that I had done was relevant to the problem of regeneration in the ear and that I should consider it.”

Months later, Segil accepted the job and opened a lab based on hearing research.

What started as a novel challenge has become a decades-long quest.

In 2013, his lab relocated to the Eli and Edythe Broad CIRM Center for Regenerative Medicine and Stem Cell Research at USC, where he continues to seek ways to treat hearing loss and balance disorders through the regeneration of inner ear cells.

His lab explores why lost sensory cells don’t naturally regenerate in humans, even though they do in non-mammals such as birds and lizards.

To better understand these delicate cells, the lab studies how they develop and shape the complex structures of the inner ear and can later be damaged by environmental factors, including loud noises, antibiotics and chemotherapy drugs.

Segil is also collaborating with USC Stem Cell researchers Justin Ichida and Takahiro Ohyama to reprogram skin cells into inner ear cells. They will then put these reprogrammed cells into a robotic screening machine, which will allow the scientists to test thousands of drugs at a time. The goal is to find drugs that protect against or reverse hearing damage, and that stimulate regeneration. The project is funded by USC’s Regenerative Medicine Initiative, a university-wide program kick-started by $1.2 million in funding from Carmen A. Puliafito, dean of the Keck School of Medicine.

“Hearing loss and balance disorders are very big clinical problems,” Segil said. “We’ve had some early success in our reprogramming studies, and we’re really excited about the prospects for eventually helping patients.”

Think of this sculpture as a helix of hearing

Over the last decade, the California Institute for Regenerative Medicine has brought many potential medical treatments into clinical trials.