From a significant increase in endowed chairs to new buildings springing up across our campuses, USC’s generous supporters are transforming the university’s educational landscape. Here are some of the ways donors made an impact at USC in 2014. 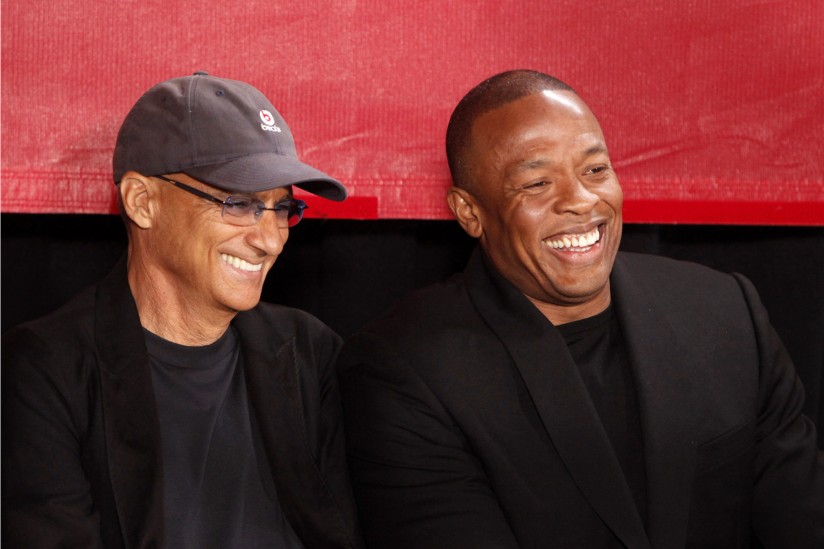 The USC Jimmy Iovine and Andre Young Academy for Arts, Technology and the Business of Innovation welcomed its inaugural class of 31 students, a multitalented group of artists, entrepreneurs and inventors. Created by a $70 million gift from music industry icons Jimmy Iovine and Andre Young (aka Dr. Dre), the academy offers its students a unique undergraduate curriculum that fuses creative arts, technology and venture management. 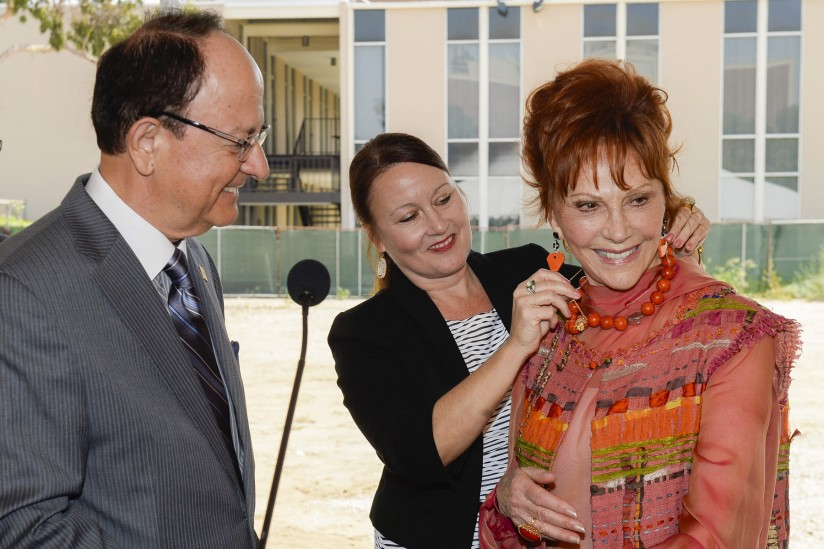 Construction began on the USC Glorya Kaufman International Dance Center, home for the new USC Glorya Kaufman School of Dance. Established by a gift from arts patron and USC Trustee Kaufman, the school will welcome its first class in fall 2015. The school is already assembling a diverse faculty, giving students the chance to learn from some of the world’s foremost dancers and choreographers. 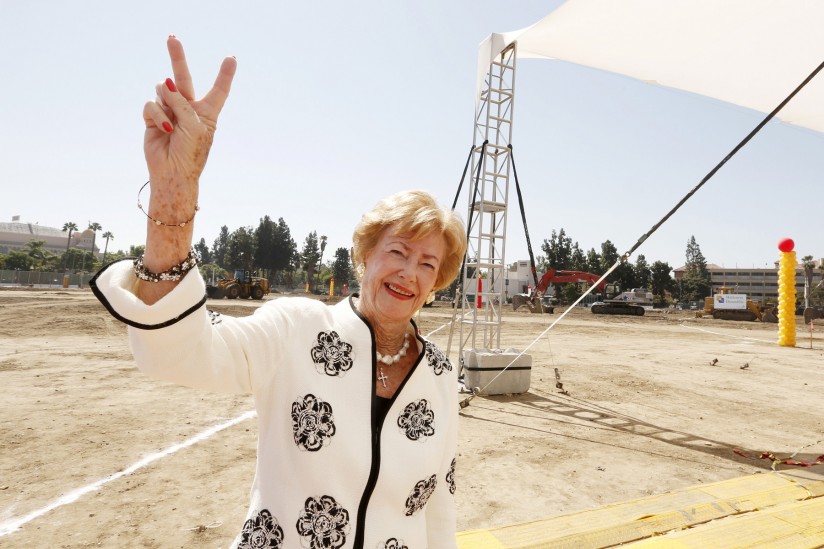 Hundreds turned out to celebrate the groundbreaking of USC Village, a 1.25-million-square-foot residential-retail center that will dramatically increase student housing and create a new town square for the entire community. The project is so transformative that it had already received its first major gift before construction began. USC Trustee Kathleen McCarthy ’57 and her family’s foundation gave $30 million to create Leavey Honors Hall, which will provide a living/learning space for as many as 600 freshman honors students. 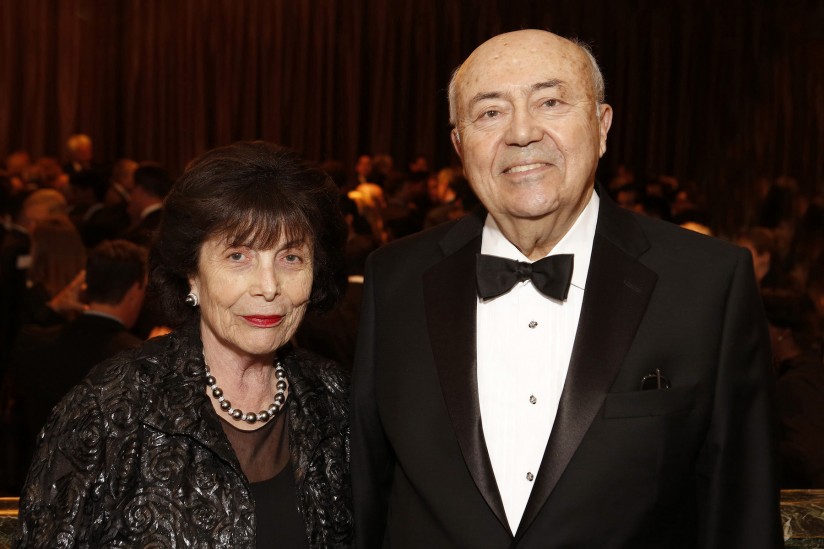 Erna and Andrew Viterbi marked 2014 with gifts to their namesake USC Viterbi School of Engineering and the USC Shoah Foundation – The Institute for Visual History and Education. (USC Photo/Steve Cohn)

Ten years ago, USC Trustee Andrew J. Viterbi PhD ’62 and his wife, Erna, dedicated a naming gift to USC’s engineering school. But they haven’t stopped there. This year, the couple gave $15 million to support two areas of the university especially important to them: their namesake school, the USC Viterbi School of Engineering, and the USC Shoah Foundation – The Institute for Visual History and Education. Their gift supports endowed faculty chairs and student fellowships. 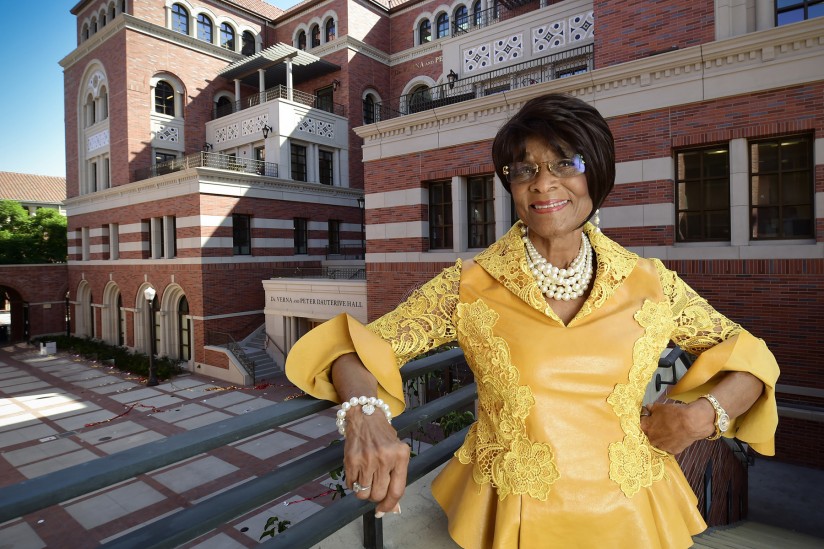 Social sciences research received a major boost with the opening of Dr. Verna and Peter Dauterive Hall, the university’s first interdisciplinary social sciences building. The structure houses researchers in health, economics, human behavior and policy. USC Trustee Verna B. Dauterive MEd ’49, EdD ’66 committed the $30 million gift for the building in memory of her husband, Peter Dauterive ’49. The couple met in the basement bookstacks of Doheny Memorial Library during their student days. 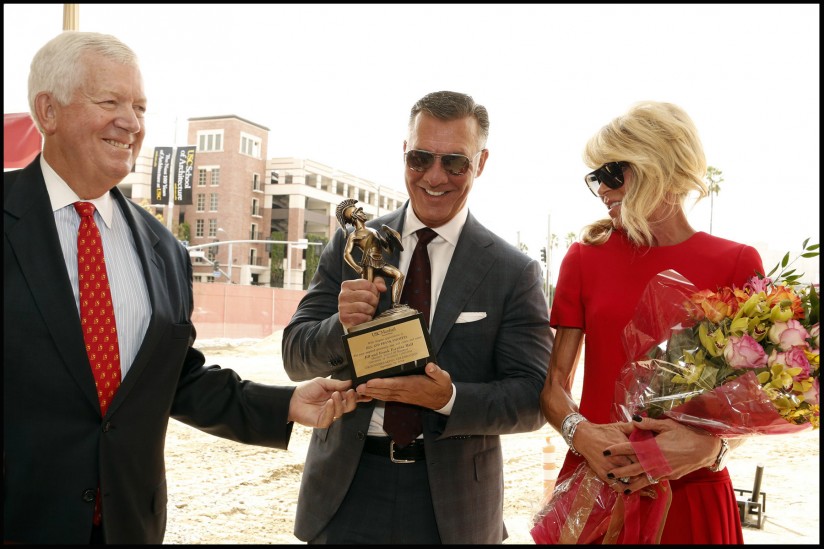 The USC Marshall School of Business celebrated another milestone this year with the groundbreaking of Jill and Frank Fertitta Hall. The building — made possible by a gift from USC Trustee Frank Fertitta ’84 and his wife, Jill — will provide much-needed classroom space and increase the school’s undergraduate student capacity by nearly one-third. The Fertittas’ gift also establishes an endowed faculty chair at the school. 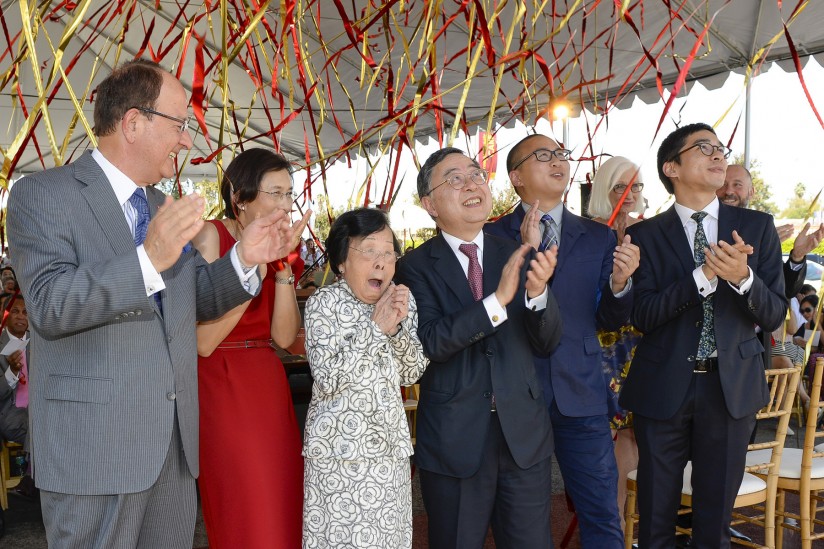 USC’s No. 1 ranked occupational therapy program achieved yet another first with a historic $20 million naming gift from USC Trustee Ronnie C. Chan MBA ’76 and his wife, Barbara. Made in honor of Ronnie Chan’s mother, who worked as a nurse for many years, the contribution is the largest ever made to any occupational therapy program. The gift not only endows and names the division — now known as the USC Mrs. T.H. Chan Division of Occupational Science and Occupational Therapy — but establishes an endowed professorship, as well as an initiative to build a partnership with a top Chinese university to develop a graduate program in occupational therapy in China. 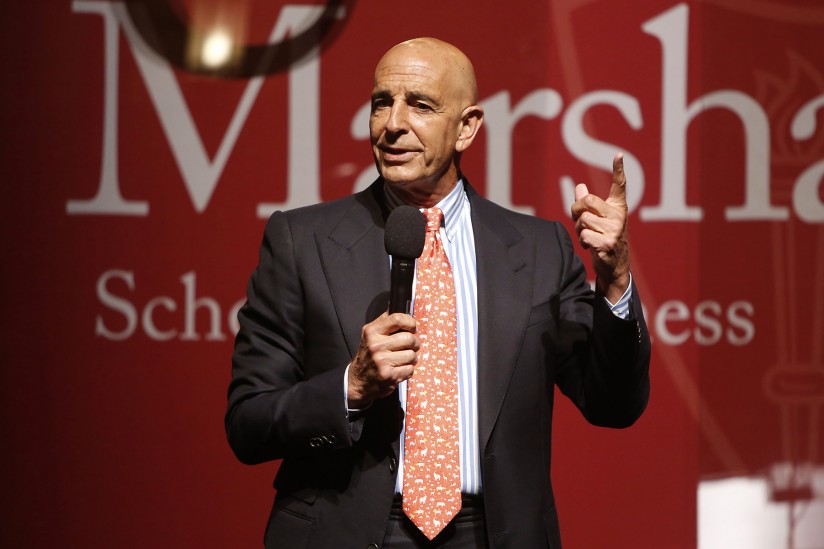 USC Marshall will have a new, state-of-the-art home for all of its international business programs, thanks to a $15 million gift from USC Trustee Thomas J. Barrack Jr. ’69 and his family. The gift will fund extensive renovations of the school’s first building, Bridge Hall, which was built in 1928. The school currently operates 15 international programs, which include the innovative World Bachelor in Business degree. 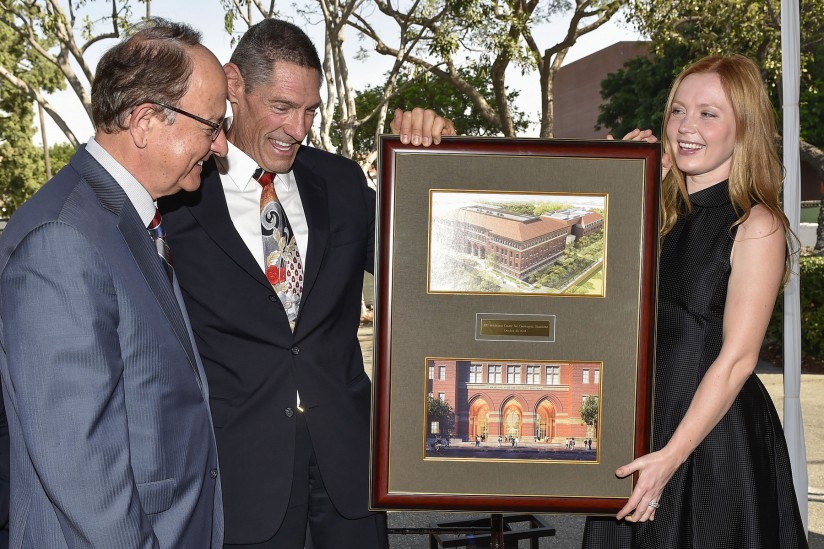 USC declared its commitment to biomedical research with the groundbreaking of the USC Michelson Center for Convergent Bioscience. The building was made possible by a $50 million gift from  Gary K. Michelson, a retired orthopaedic spinal surgeon who holds more than 955 issued or pending patents worldwide. Soon to be the largest structure on the University Park Campus, the building will provide shared lab space for USC’s engineers and scientists as they collaborate on life-saving biomedical devices and treatments.

The digital future is now 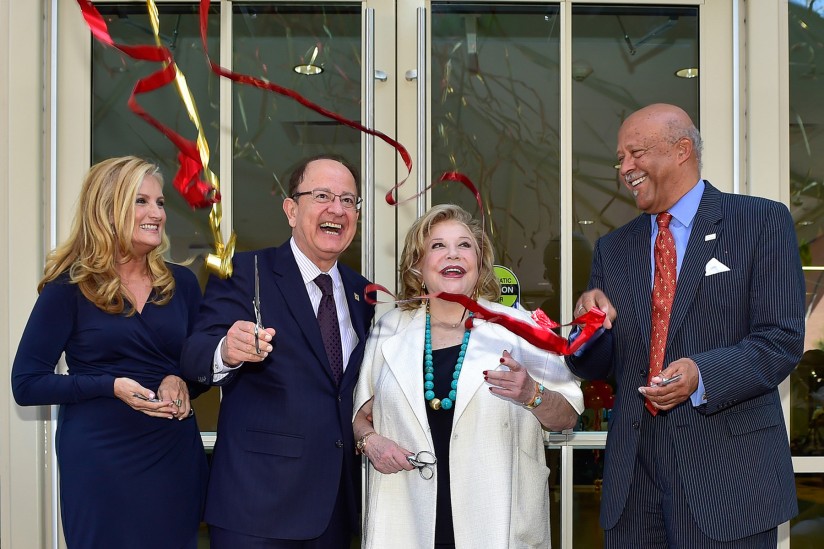 The grand opening of Wallis Annenberg Hall began a new era of digital communication education at USC. The building’s cutting-edge tools — complete with a 20,000-square-foot media center — ensure that USC’s communication and journalism students will lead the digital media revolution. Wallis Annenberg, USC’s longest-serving trustee, directed a lead gift of $50 million toward the building, with the goal of creating a facility unlike any other that currently exists.

More stories about: Campaign for USC, Philanthropy, Year in Review 2014

Spirit of Troy to perform at halftime, as well as several pregame events.