From men’s tennis to women’s basketball to USC’s 100th NCAA championship, 2014 was another banner year for Trojan athletics. Roll the highlights: 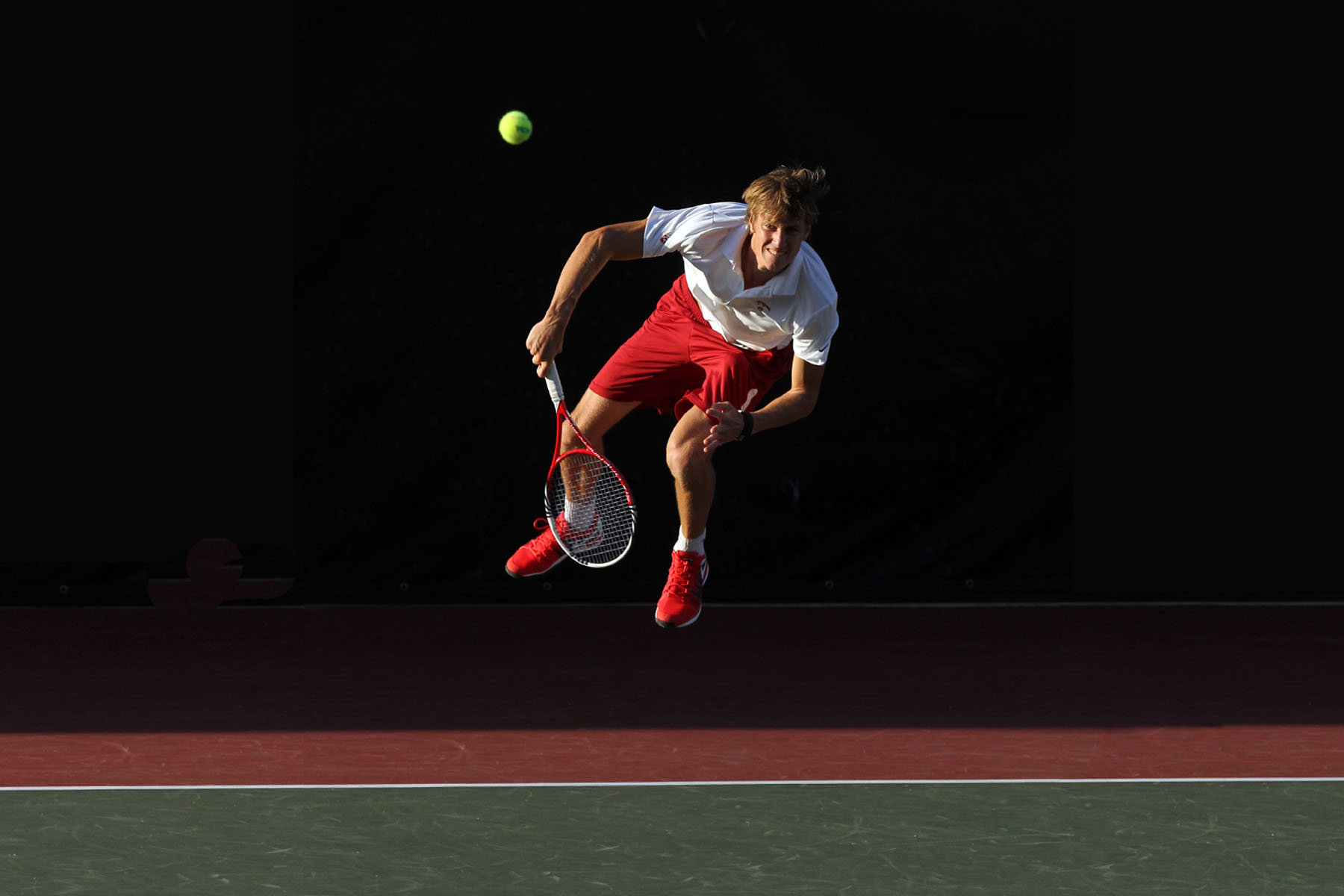 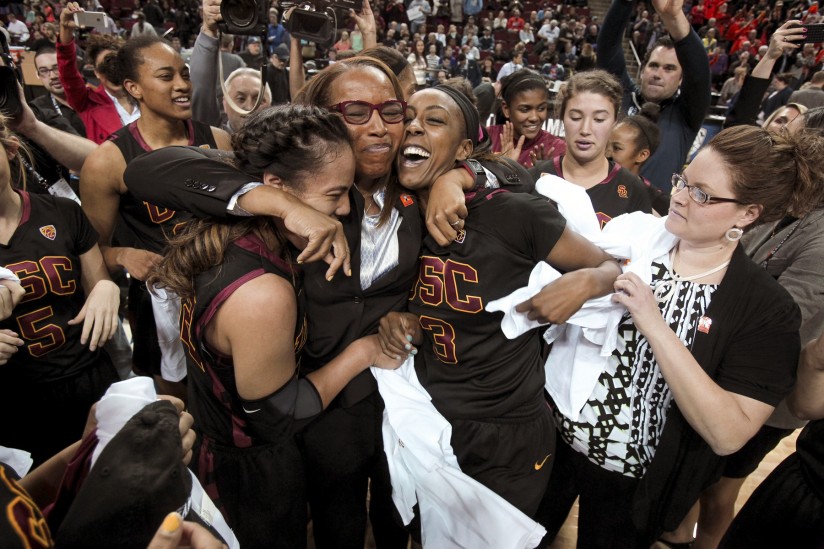 Under new head coach Cynthia Cooper-Dyke, the women’s basketball team shocked everyone but itself in winning the program’s first-ever Pac-12 Tournament Championship. USC was the first team in the tournament’s history to play four games in the four-day event, let alone win all four. 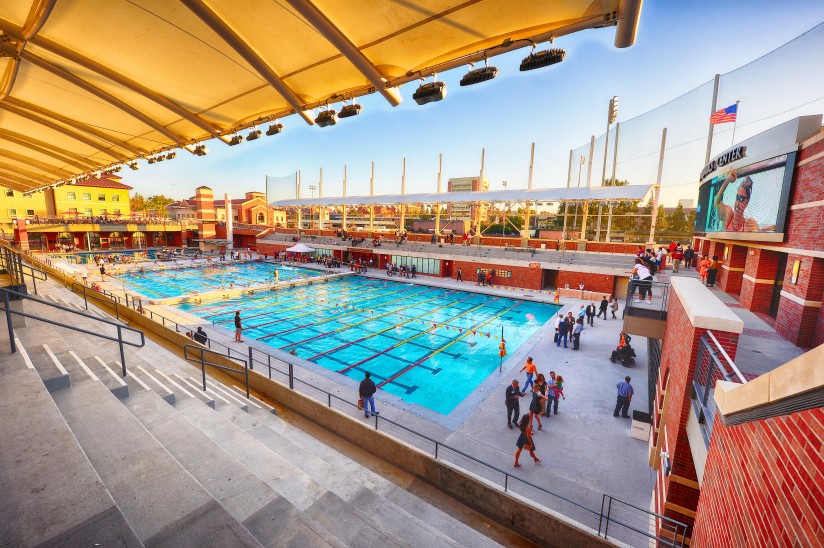 The Uytengsu Aquatics Center made its debut in February. (USC Photo/Pierson Clair)

Two key athletic facilities reopened after major renovation projects. USC held the grand opening of the Uytengsu Aquatics Center on Feb. 21; on hand was Fred Uytengsu, the Trojan walk-on swimmer and 1983 swim captain whose $8 million lead gift for the center was the largest ever by a former USC student-athlete. Three weeks earlier, Heritage Hall reopened after a $35 million renovation. The building, home of USC’s athletic department, includes a sports performance center, a broadcast studio and a state-of-the-art Heisman Trophy lobby with interactive displays. 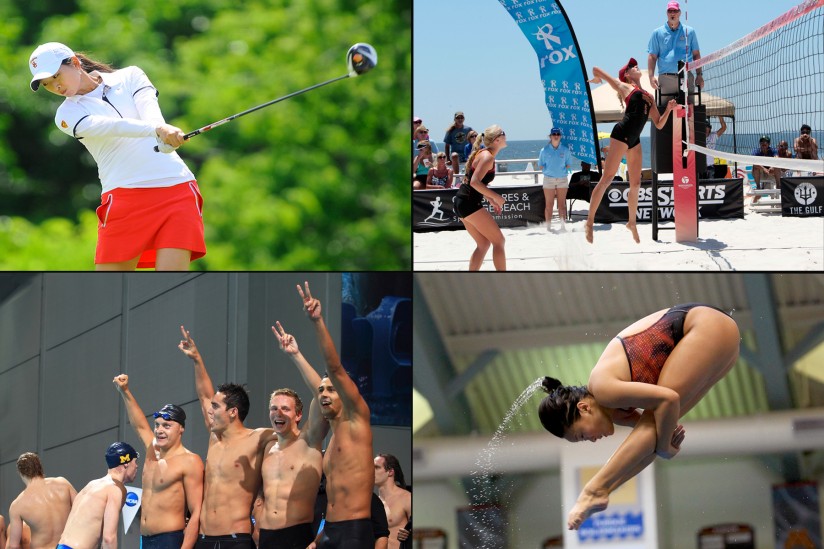 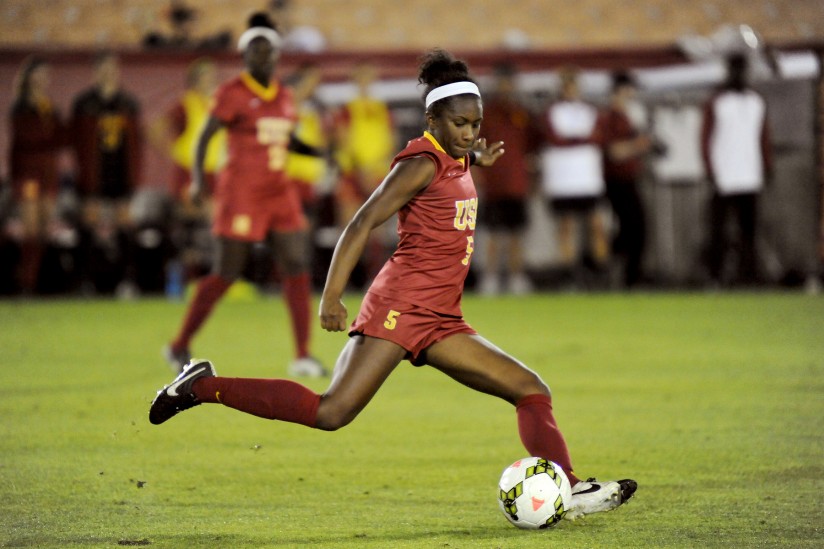 USC women’s soccer team, under new head coach Kedaine McAlpine, set an NCAA regular-season attendance record of 10,128 in its game against UCLA Nov. 7 in the Coliseum, then qualified for the NCAA tournament for the first time since 2010. 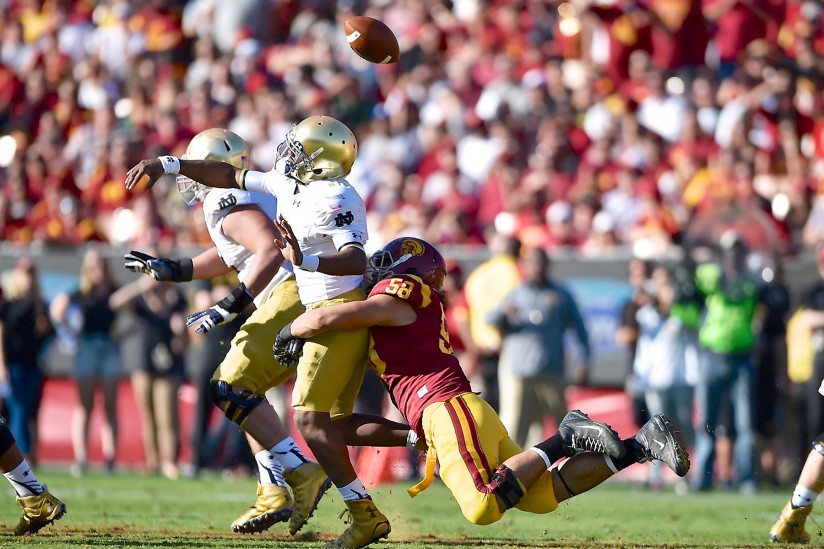 USC’s football squad won close games at No. 13 Stanford and No. 10 Arizona, then beat traditional rival Notre Dame by 35 points. Quarterback Cody Kessler threw six touchdown passes, the most ever thrown against the Irish. The team ended the regular season at No. 24 in a Holiday Bowl face-off against No. 25 Nebraska. 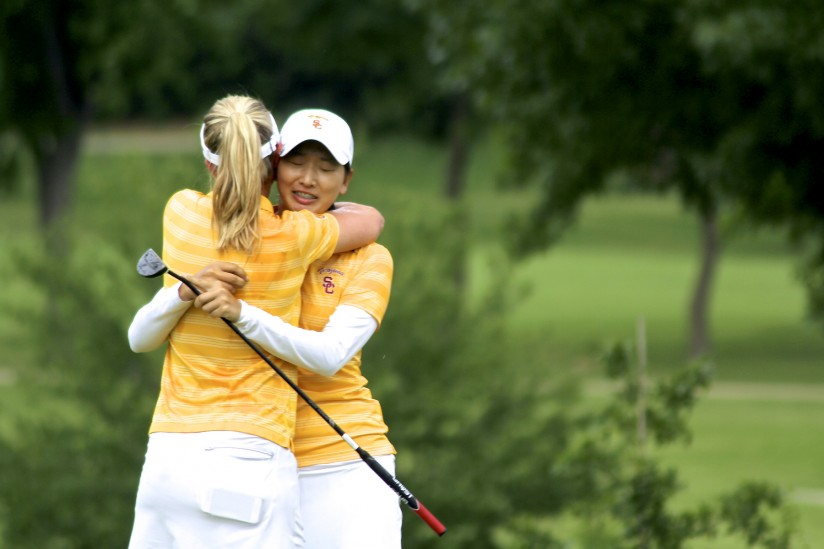 The women’s golf team — the defending NCAA champion — was runner-up at the 2014 NCAA tourney by just two strokes; the team’s final round broke the school record by two strokes. It was USC’s third runner-up finish in five years (by a combined four strokes). 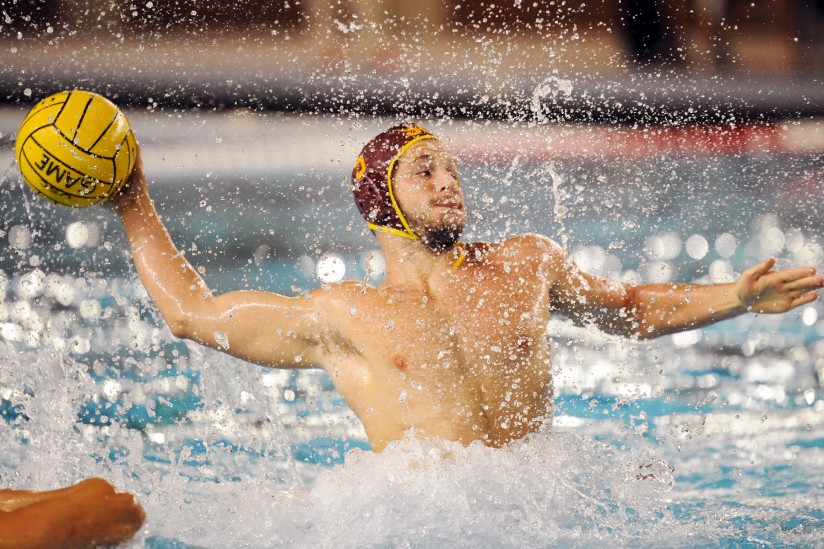 The men’s water polo team advanced to its 10th consecutive NCAA championship with a 12-11 win over Stanford in the semifinal round. The team’s luck ran out in the final, though, as a top-seeded UCLA team broke USC’s string of six consecutive water polo titles. Senior Kostas Genidounias ended the season as the Trojans’ career scoring leader with 261. 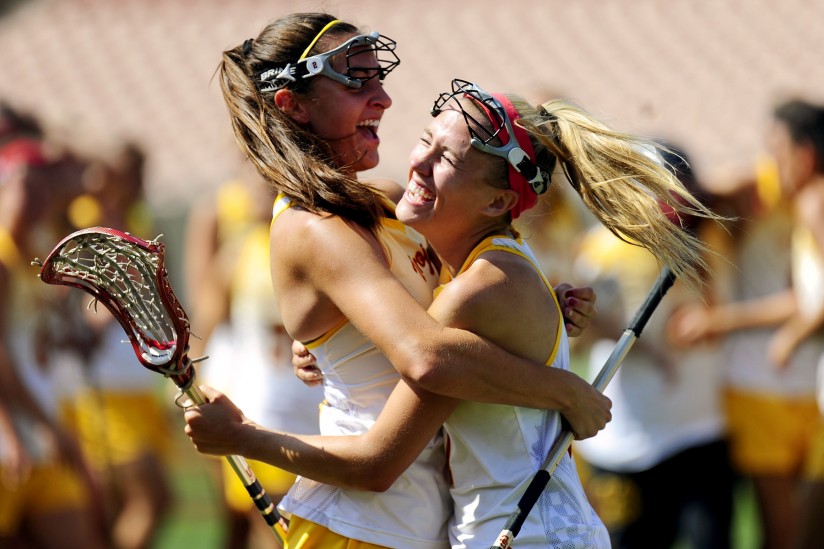 The women’s lacrosse team, in just its second season of competition, stunned No. 13 Stanford on Easter Sunday; the 11-10 win was broadcast live on the Pac-12 Network from the Coliseum. It was the Trojans’ first victory over a ranked opponent. The team finished with a 6-3 record in Mountain Pacific Sports Federation games.

Swimming to $1.2 million for challenged athletes 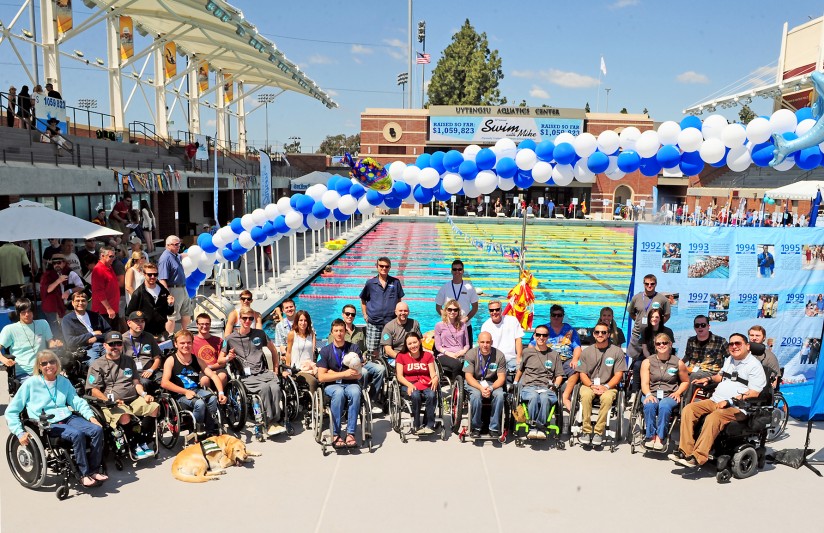 Swim With Mike’s 34th annual event raised more than $1.2 million in scholarships for physically challenged athletes. Swim With Mike was co-founded by Mike Nyeholt, an All American Trojan who was told he might never swim again after a motorcycle accident in which his neck was broken.