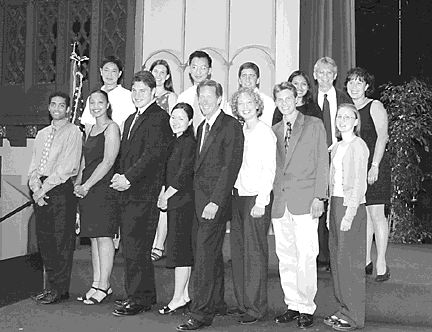 USC Renaissance Scholars – recognized for accomplishments in widely varied academic program combinations – were honored at the Student Awards and Renaissance Scholars Recognition Program on Thursday, May 11, in Bovard Auditorium. Commencement 2000 was the inaugural event for these awards.

The original list of 55 seniors who applied for the program – which gives a $10,000 award to each student – was winnowed down to 14 exemplary scholars. All had GPAs of 3.5 to 4.0 and had double majors, ranging from French and health policy with a neurosciences minor, to a double major in theater and business, to a double major in Spanish and psychology with a minor in natural sciences.