From flying whales to game-design wizards, USC creative minds kept the hits coming in the realm of digital media in 2014. Revisit some of the high points of the year from the world of electronic entertainment, digital scholarship and beyond.

Send in the clones 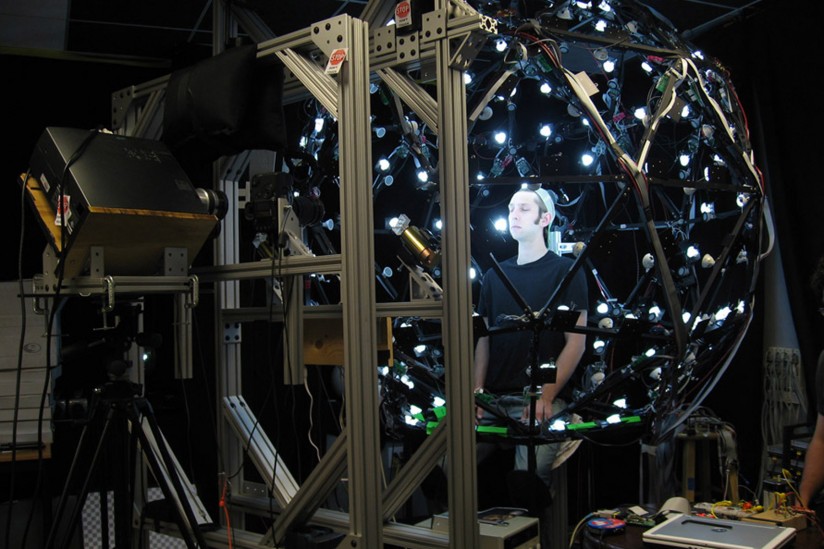 In Paul Debevec’s world, an actor could be acting in a movie and relaxing in his trailer at the same time. The USC School of Cinematic Arts computer scientist uses cameras and computing to create realistic clones of actors that may one day replace living, breathing ones. The New Yorker dug deep into the state of the technology and attempts to perfect it, while USC Trojan Family Magazine hinted at the potential use of ageless actors in future film.

A whale of a demo 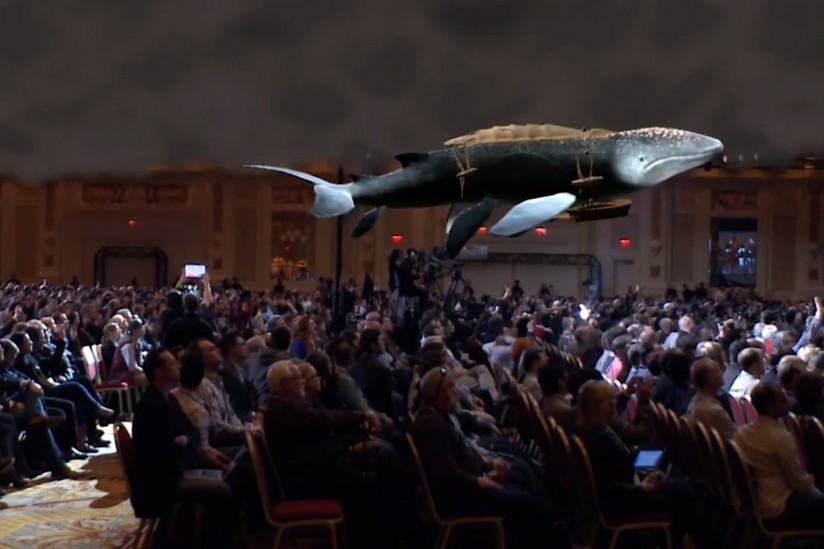 If you’re trying to wow the crowd, it’s a pretty good sign when members of the audience gasp in awe at your presentation. That’s what happened at the 2014 Consumer Electronics Show, where guests were hardly expecting a giant 3-D virtual whale to swim over their heads. Students worked alongside a team of professional coders, designers and other creators to pull off the demo. “We had a lot of people in tech saying, ‘How did you do that?’ ” said USC’s Alex McDowell, estimating that about 5,000 people attended the keynote address. “It’s really great for the students to see themselves on the bleeding edge.” 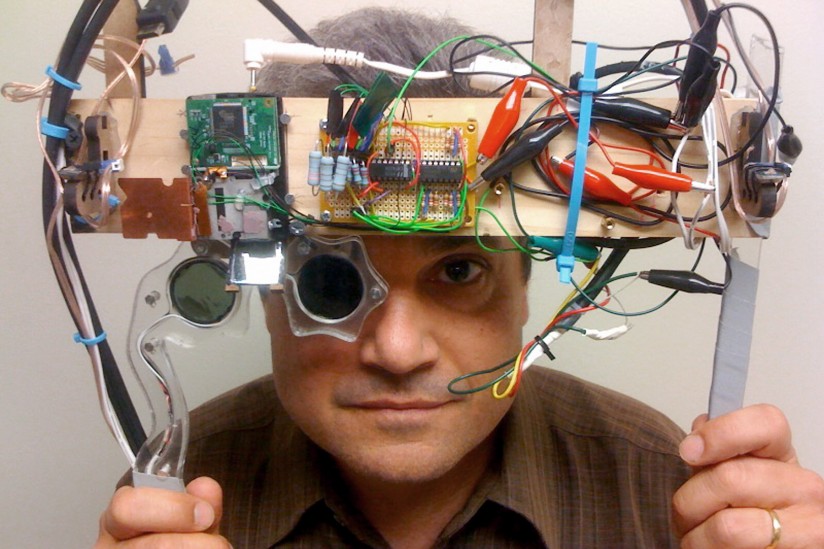 2014 was the year that Facebook famously bought Oculus VR and its virtual reality headset technology for $2 billion. That threw a spotlight on the USC Institute for Creative Technologies (ICT) and researcher Mark Bolas. Bolas mentored Oculus VR founder Palmer Lucky, who once worked as a lab assistant before raising $2.5 million through a Kickstarter campaign.

An eye on Google 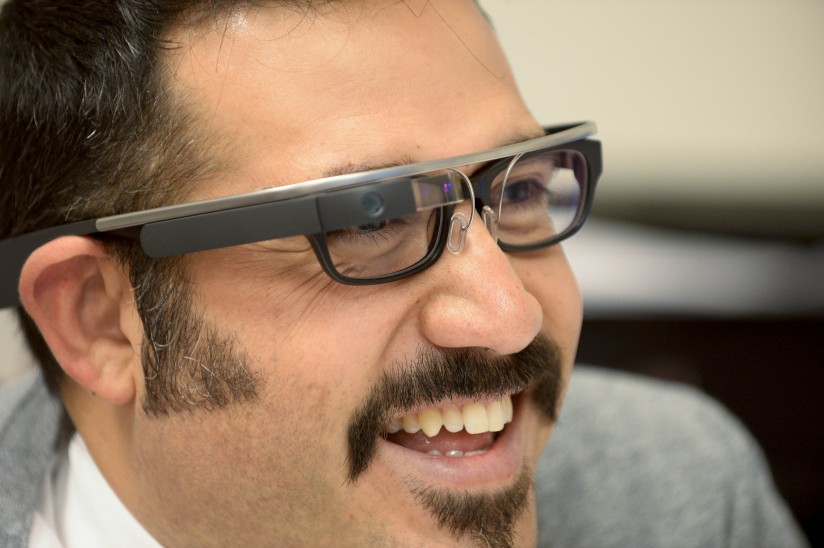 When Google unveiled the latest in wearable technology – glasses that access the Web and project a computer screen onto the lens – USC Annenberg’s Robert Hernandez promptly saw the potential for storytelling. Hernandez created a Glass journalism class that aims to create apps to help journalists do their jobs more effectively. It’s all part of a shift in journalism caused by digital media. 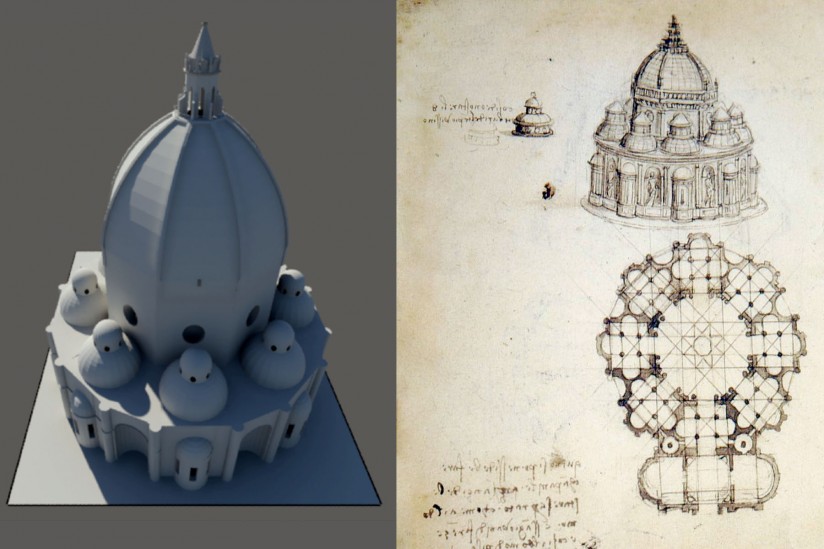 Postdoctoral researcher Justin Underhill uses digital animation techniques to explore the use of light in gallery spaces, including the work of Leonardo da Vinci. (Image/courtesy of Justin Underhill)

USC made digital scholarship one of its long-term priorities, earmarking $1 billion for digital knowledge and informatics over the next decade and launching the Digital Humanities Program, a five-year training initiative that will develop the next generation of digitally savvy humanities scholars. 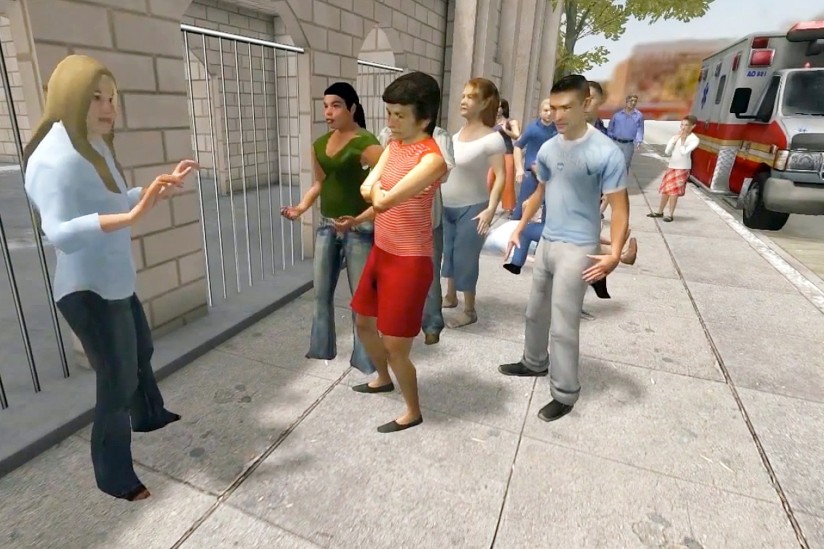 USC Cinematic Arts doctoral candidate Nonny de la Pena mashed virtual technology with narrative journalism to create an immersive environment so people can experience the news of the day by becoming a refugee in Syria, waiting in line for food in Los Angeles and being jailed in Guantanamo Bay. 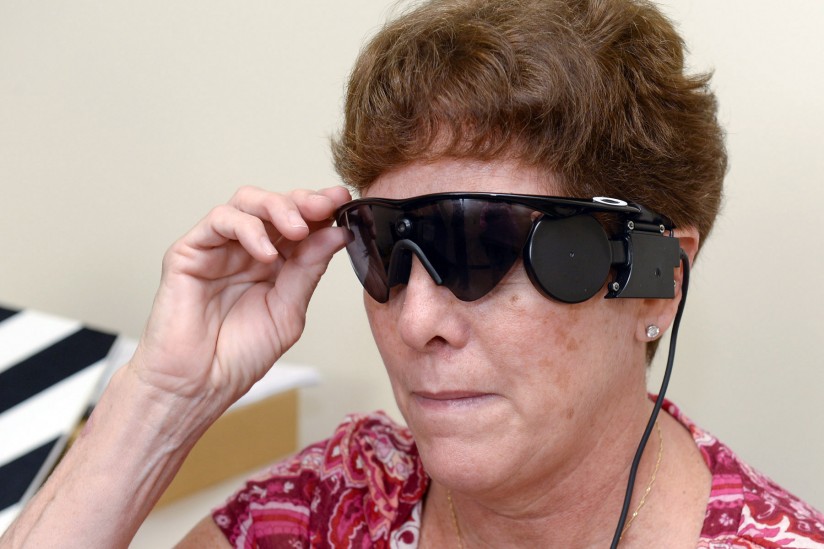 Lisa Kulik was able to see for the first time in three decades, thanks to wireless technology pioneered at Keck Medicine of USC. (Photo/Gus Ruelas)

A wireless technology co-invented by USC’s Mark Humayun allowed a woman to see for the first time in three decades. A Los Angeles team of scientists and surgeons from Keck Medicine of USC, Children’s Hospital Los Angeles and Huntington Medical Research Institutes implanted a hearing device on the brainstem of a 3-year-old. And USC’s Marientina Gotsis created Skyfarer, a video game that enables people in wheelchairs to strengthen their muscles by playing a character that soars high above the Andes.

The computer will see you now 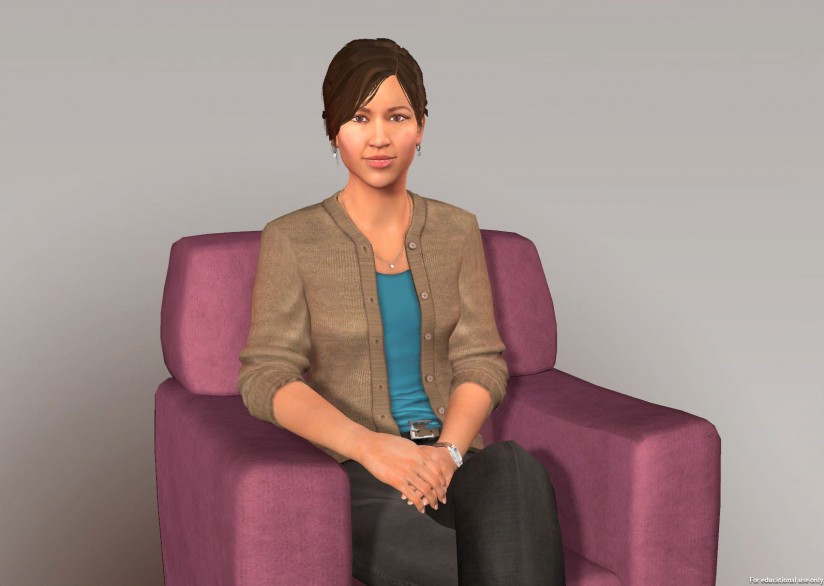 Patients are more likely to open up to a virtual therapist than one made of flesh and bone. USC researchers at ICT, who are pioneering the use of virtual humans to train social workers and teach the Holocaust to elementary students, found that patients talking to a “virtual human” felt more at ease disclosing sensitive information because they believed that a machine was less likely to judge them.

Sharing and tweeting and posting, you kept the internet buzzing with USC news all year.

USC mascot to walk as the symbol of a fallen soldier, as the legendary Trojan and war hero is remembered.