With headlines screaming “China, U.S. Moving Closer to Viewing War as Inevitable,” and “China Thinks It Can Defeat America in Battle,” you’d think a war with China was imminent.

But David Kang doesn’t buy into the hype.

“There’s a conventional wisdom that East Asia is a very dangerous place these days,” said the professor of international relations and business at the USC Dornsife College of Letters, Arts and Sciences.

“I’ve been watching the last several years and I don’t see a whole lot of tension in the region. In particular, I’ve been watching East Asian defense budgets essentially going down — not up — which is completely counter to what everybody’s saying.”

Kang now will investigate these conflicting viewpoints in depth with the help of a 2015 MacArthur Foundation grant in the amount of $350,000 over three years. As director of the Korean Studies Institute (KSI) and the USC East Asian Studies Center, his proposed research, “Regional Security in East Asia: Rhetoric and Realities of Military Buildup,” will assess East Asian defense spending as well as U.S. policy and strategy in the region.

The subject is perfect for a long-term, in-depth project, Kang said.

This has real implications for the U.S. because if these countries aren’t planning for war, then we should focus on diplomacy and economic issues.

“I’ll see what Vietnam, the Philippines, Korea and Japan are doing with their armies and navies, and come up with a more definitive answer about the rhetoric and reality of their military spending,” he said. “This has real implications for the U.S. because if these countries aren’t planning for war, then we should focus on diplomacy and economic issues.”

In his research, Kang has already made comparative analyses between Asia and Latin America. 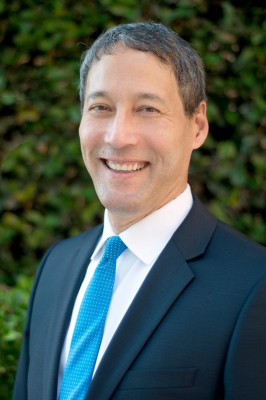 “No matter how I measure it, Latin America’s defense budget looks just like East Asia. So either they’re both in an arms race or neither of them is.”

According to Kang, high-security spending in Latin America is primarily associated with concerns such as drug running and cartels, border control and internal security. These are major security concerns in East Asia as well: piracy in the Strait of Malacca, drug smuggling, human smuggling and immigration.

“In many ways the two regions share more similarities than differences. Neither appears set for a hegemonic power transition, such as war with China against the U.S. — they both look much more concerned with basic border security and internal control. But this is not nearly as exciting as a potential China-U.S. Armageddon.”

Kang admitted his impassioned stance on the issue has some calling him naïve.

“I’m one of the few people who says, ‘I don’t think the region is nearly as dangerous as you think.’ And it’s hard to make that argument — it’s far easier to be a pessimist. When you say, ‘Oh, I’m very worried, I think things are getting worse,’ you can be totally wrong, but no one is going to accuse you of being naïve.

“This alternate perspective really strikes me as something worth saying. It’s an important perspective that needs to be out there. We’re talking about U.S. policy and billions and billions of dollars of funding, so this is not something we should go lightly on.”

Kang appreciates the endorsement by the MacArthur Foundation.

“I think it’s indicative of USC and Dornsife being more and more competitive for these kinds of national grants and honors.” Kang said. “USC is really moving forward.”

Kang is a principal investigator on two other major institutional grants this year. The KSI recently won a $1 million grant from the Academy of Korean Studies, which will provide research funding over five years. Funds will benefit graduate students, the KSI undergraduate fellows program and faculty members in their research and teaching related to Korea.

In addition to designating the East Asian Studies Center as a National Resource Center on East Asia, these funds will provide support for instructional, curricular and professional development for USC faculty and students; teacher training, community outreach and East Asia event programming for the wider community; and summer and academic year fellowships to USC graduates and undergraduates.

The USC Fisher Museum of Art takes its position in the cultural capital of the Pacific Rim seriously.

A team of USC Marshall MBA students is calling on Pacific Rim economies to loosen or end barriers to trade in services, impediments that cost the region hundreds of billions of dollars in annual gross domestic product.

Dozens of academics from across the Pacific Rim visited USC for the 2012 Association of Pacific Rim Universities Global Health Program Workshop.

A closer look at conflicting views on the Pacific Rim