Over her 35-year career, Hortensia Amaro has taken the time to mentor a large cadre of scholars and researchers, helping them grow into change agents whose work has touched people across the globe.

From developing internationally recognized measurement tools for gender-based power relationships to creating a model for HIV prevention in child brides in India and models for treatment of homeless individuals with serious mental illness, the work these students went on to do has profoundly impacted communities far and wide.

It’s because of these fruitful relationships that Amaro, USC associate vice provost of community research initiatives and dean’s professor of social work and preventive medicine, has been recognized with a 2014 Elizabeth Hurlock Beckman Award for inspiring her former students to make significant contributions to society.

Just one of 10 recipients this year, Amaro, who is based at the USC School of Social Work, was nominated by three of her former protégés for the award, which is given by the Elizabeth Hurlock Beckman Award Trust established by Gail McKnight Beckman in honor of her mother, one of the first female psychology professors at Columbia University.

“There are many awards that recognize professors for their own scholarly contributions but very few that recognize faculty who teach and mentor young scientists in forming and propelling their careers,” Amaro said. “Anybody who has been successful in their career as a scientist has had several such individuals in their lives. It’s an undervalued role that is central to fostering talent and successful transformational scholars.” 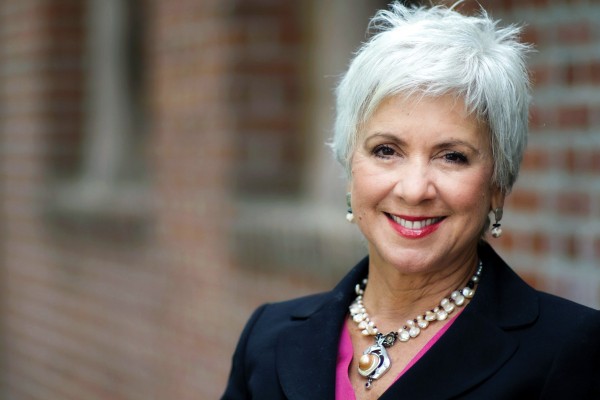 Hortensia Amaro has taken the time to mentor a large cadre of scholars and researchers, helping them grow into change agents whose work has touched people across the globe. (Photo/Dietmar Quistorf)

Anita Raj, director of the Center on Gender Equity and Health at the University of California, San Diego, and a professor in UCSD’s Division of Global Public Health, was one of the young researchers Amaro mentored.

As a postdoctoral scholar in the late 1990s, Raj sought out Amaro, who was known for her research on the role of gender in shaping women’s risk of contracting HIV/AIDS. Not only did Amaro take her on, she also supported Raj’s development as a researcher in her own right, urging her to tackle her own National Institutes of Health-funded projects.

And Amaro supported Raj in pursuing her scientific interests while raising a family and taking care of her aging parents.

Hortensia gave me the space to do my work in my way. I am grateful I started my career with that level of support.

“Hortensia gave me the space to do my work in my way, often from home and at odd hours, as I adjusted to motherhood and being more available to my parents,” Raj said. “I am grateful I started my career with that level of support. Otherwise, I am not sure I would have continued as a researcher; indeed, many of my female peers have left the field due to lack of support for family responsibilities.”

Raj’s current research focuses on sexual and reproductive health, gender-based violence and substance abuse. Among her credits is a report in the Journal of the American Medical Association on the results of two decades of efforts to eliminate the practice of girl-child marriage in South Asia.

“It is important for me to recognize Hortensia because she was a major influence on and support for my career development in ways I think can inspire both mentors and mentees,” Raj said. “She fostered my development early in my career and continued to be a support in my life during promotions and transitions, even after we were no longer at the same institution. That is a long-term commitment from a mentor and one I was very lucky to receive.”

Julie Pulerwitz recalls reading Amaro’s 1995 seminal paper on the role of gender-based power dynamics in women’s HIV/AIDS risk and reaching out to her because they shared gender-related interests.

“Dr. Amaro’s research exploring factors related to HIV risk for women, and developing and testing community-based interventions, were models I drew upon for my own work,” said Pulerwitz, who now leads the $20 million HIV/AIDS research program at the Population Council.

Pulerwitz is also credited with developing the Sexual Relationship Power Scale, a now widely used tool in the field, which helps women negotiate safer sexual practices, particularly condom use, and is considered a vital component of HIV/STD prevention strategies.

Alisa Lincoln, an associate professor of health sciences and sociology at Northeastern University, is inspired by her mentor’s commitment, passion and humanity, which she channeled for her own work with the seriously mentally ill, establishing the Dudley Inn, Boston’s first Safe Haven shelter.

“With Dr. Amaro’s guidance, I was able to work with state mental health officials to ensure the shelter would be sustained once grant funding had ended,” Lincoln said, adding that the transitional housing program is often cited as a catalyst for the expansion of Housing First services in the city.

Back to the beginning

Amaro’s own mentor Nancy Russo, regents’ professor emeritus of psychology and women and gender studies at Arizona State University, received the Beckman Award in 2012 largely based on Amaro’s accomplishments and contributions to society.

Amaro’s groundbreaking research on drug addiction, mental illness and post-traumatic stress disorder provided strong evidence for women to receive treatment for these co-occurring conditions because the integrated treatment model she developed helps women to stay in treatment longer and have lower rates of drug use, mental health and trauma symptoms, and HIV-risk behaviors.

Staying true to her focus on translating research into practice, Amaro founded two community-based organizations and five substance abuse treatment programs for women during her time in Boston before joining USC. Amaro’s own highly impactful scientific contributions led to her election to the Institute of Medicine in 2012.

The mentorship process has now come full circle for Amaro, who is proud of her mentees and what they have been able to accomplish.

“I am delighted,” she said. “Winning this award is a statement about my students’ impactful achievements. It has been my privilege to be their mentor.”