As baby boomers reach their sunset years, shifting nationwide demographics with them, the financial burden of Alzheimer’s disease on the United States will skyrocket from $307 billion annually to $1.5 trillion, USC researchers announced today.

Health policy researchers at the USC Leonard D. Schaeffer Center for Health Policy and Economics used models that incorporate trends in health, health care costs, education and demographics to explore the future impact of one of humanity’s costliest diseases on the nation’s population.

Other key findings include:

In late stages of the disease, they need help with personal care and lose the ability to control movement which requires 24-hour care.

“Alzheimer’s disease is a progressive disease with symptoms that gradually worsen over time. People don’t get better,” said Julie Zissimopoulos, lead author of the study and an assistant professor at the USC Price School of Public Policy.   “It is so expensive because individuals with Alzheimer’s disease need extensive help with daily activities provided by paid caregivers or by family members who may be taking time off of work to care for them, which has a double impact on the economy,” she said.

“In late stages of the disease,” she added, “they need help with personal care and lose the ability to control movement which requires 24-hour care, most often in an institutional setting.”

Zissimopoulos collaborated with Eileen Crimmins of the USC Davis School of Gerontology and Patricia St.Clair of the USC Schaeffer Center on the study, which will be published in Forum for Health Economics and Policy on Nov. 4.

The team found that delaying the onset of Alzheimer’s even a little can yield major benefits — both in quality of life and in overall costs.

Medical advances that delay the onset of Alzheimer’s by five years add about 2.7 years of life for patients. By 2050, a five-year delay in onset results in a 41 percent lower prevalence of the disease in the population and lowers the overall costs to society by 40 percent, according to the team’s research.

“Our colleagues in the medical field are working on ways to understand how the disease interferes with brain processes — and then stop it,” said Zissimopoulos, who is also an associate director at the USC Schaeffer Center. “Investment in their work now could yield huge benefits down the line.”

The research was funded by the National Institutes of Health. 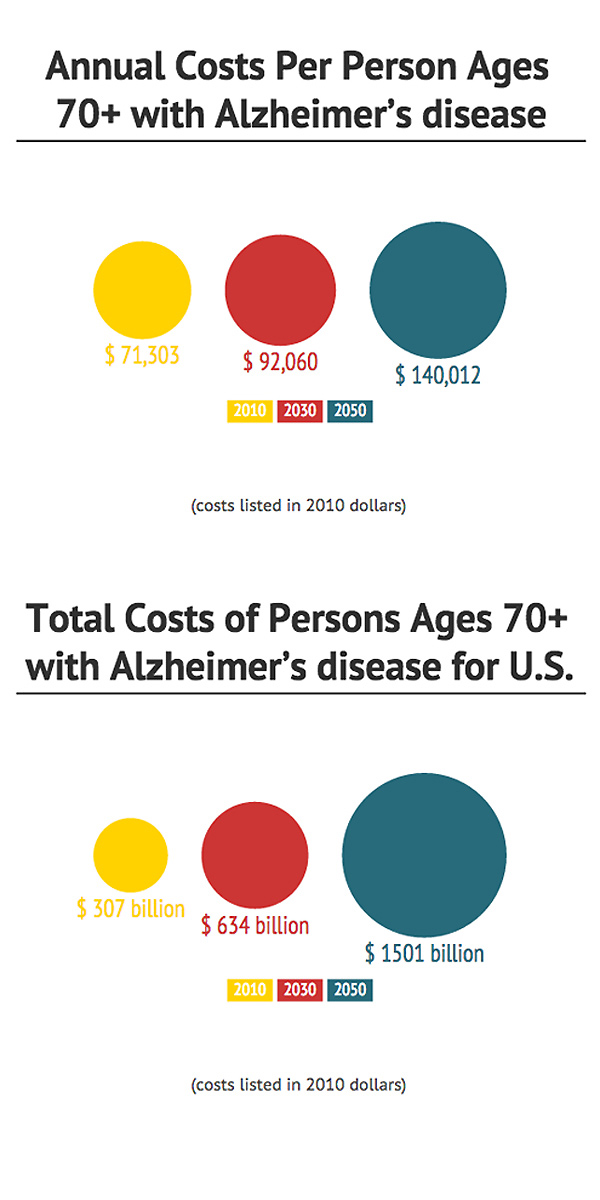 As the aging wave crashes upon the country with the first group of baby boomers turning 65 this year, one important component of the boomer generation is often overlooked: Latinos.

Vern Bengtson predicts baby boomers will take a prodigal path back to religion in later life much like previous generations of Americans.

LA is no longer a city of newcomers, study finds

Los Angeles — a city of newcomers? Not anymore, according to new demographic projections released on March 12 by USC’s Population Dynamics Research Group.