USC Trustee Leonard D. Schaeffer led a discussion on the impacts of the Affordable Care Act and the future directions of the U.S. health care system at a university-wide symposium hosted by the USC Price School of Public Policy.

Schaeffer, holder of the Judge Robert Maclay Widney Chair at USC who endowed the Schaeffer Center for Health Policy and Economics, laid out the trends, challenges and opportunities being created by health care reform in his opening remarks before moderating a panel of industry leaders on Oct. 17.

When you are in this uncertain environment, that means there are lots of opportunities.

“I think we’re going to see at least a decade of operational and legislative uncertainty,” said Schaeffer, the founding chairman and CEO of WellPoint, the nation’s largest insurance company by membership. “When you are in this uncertain environment, that means there are lots of opportunities.”

Striving to get it right

As the Affordable Care Act rolls out incrementally, there already have been 42 significant changes to date — 23 made by the Obama Administration, 16 by Congress and three by the Supreme Court. 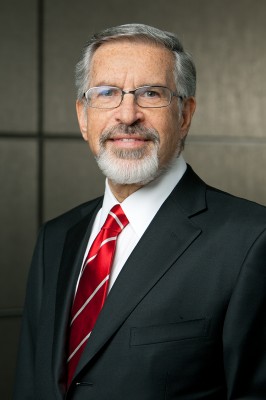 The event — sponsored by USC Price’s Graduate Programs in Health Administration in partnership with the Schaeffer Center and the Center for Health Financing, Policy and Management — featured a distinguished panel of health care leaders. Speakers included Molly Joel Coye, chief innovation officer of UCLA Health and director of the UCLA Institute for Innovation in Health; Robert Margolis, chairman of the board at DaVita Healthcare Partners; and Thomas Priselac, president and CEO of the Cedars-Sinai Health System.

Priselac, who served as chairman of the American Hospital Association as the law was being put together, regards that evolution as a natural part of the process that will continue.

“There is no way to develop a federal law that ultimately affects almost 20 percent of the American population and get it right in one fell swoop,” Priselac said. “At the end of the day, I think the Affordable Care Act was a good thing. I definitely felt that the status quo was unsustainable. Whatever warts there are with the Affordable Care Act — and there are warts — it was certainly better than doing nothing.”

That unsustainability was evidenced by health care spending that has increased at an average annual rate of about 2.4 percent faster than the GDP since 1970 and average premiums for employer-sponsored family coverage rising by 191 percent from 1999 to 2014. Schaeffer noted that polling shows most Americans do not like the law, but they also do not want it repealed.

“The ACA has problems, but it’s here to stay,” said Schaeffer, who also serves on the USC Price Board of Councilors. “It’s going to be here, but it’s going to change. I think what we’re going to see after the upcoming election is no longer debate about repealing it but how do we amend it, and there will be endless arguments about reforming the reform of the reform.”

The focus of these changes will be to improve both the quality of care Americans receive and to control costs for the long term. The challenges facing the country, however, are an aging population and subsidized coverage expansion, which, without system reform, will significantly increase federal health spending and lead to unsustainable debt.

Physicians remain the quarterback of this team.

“Physicians remain the quarterback of this team,” Margolis said. “They need to be compensated based on quality outcomes and patient experience. All bonuses need to be tied to that, not to cost reduction or the reduction of services. Quality measurement within an organization is really about self-motivating improvement, creating the belief that we can be better.”

Undergraduate student Larissa Purnell asked Coye about the role of the monitoring technology and the emergence of the “quantified self” — such as wearable health-tracking devices — in health care delivery. Coye underscored the importance of such technology in the future and its potential for improving population health at the individual level.

Coye also explained how innovation could play a significant role in reducing costs. As a leader in identifying new strategies, technologies, products and services to support the large-scale transformation of health care, Coye spoke of the possibilities Google Glass could have in hospitals.

Is it time to outsource a physician’s notes?

Doctors spend a lot of their time keeping patient records, and if there was a scribe outsourced to take those notes as the doctor worked and relay information to physicians through Google Glass, it would free them up to see more patients.

“This is a huge liberation for the physicians, and things like that are just going to go like wildfire throughout the landscape,” Coye said.

Health care is the largest segment of the U.S. economy, making this a particularly intriguing discussion for students who attended the symposium. It is estimated that nearly 50 percent of jobs created in the next 25 years will be health care-related.

“The event offered a diverse and dynamic panel, which helped illustrate the level of impact the ACA has on our current and future health care system,” said Crystal Sanford, a second-year master of health administration student. “I was pleasantly surprised to learn about the amount of collaboration that has been done by competing health care institutions as a result of the ACA. Innovation was another important aspect covered. Innovation forces us to become visionaries, allows us to move forward and requires us to think outside of the box as we continue to improve our health care delivery system.”

Will leaders, managers or analysts shape the future? This was the critical question that USC professor Leonard D. Schaeffer posed during the USC Price School of Public Policy’s Judge Widney Distinguished Lecture on April 10 at Doheny Memorial Library.

The USC Price School of Public Policy’s Athenian Society hosted a panel to discuss the changes in health care due to the Affordable Care Act.