Armed with a bachelor’s degree (with honors) in math and physics, Virginia Carter MA ’63 was ready for the job market.

Her best offer? Working as a clerk at a telephone company.

“I couldn’t get a job worth a peanut,” Carter recalled. “All the guys in my class had wonderful science job offers, and I was a woman and therefore I was to be a clerk. That made me so mad I got into my little Volkswagen and headed to Los Angeles so fast it would make your head swim.”

Her destination was USC, where she pursued a master’s degree in physics so she could better her chances for a career as a physicist, an almost exclusively male-dominated field at the time.

I was essentially the only girl in my class — it was a different era.

“I was very good in physics, it just came naturally to me,” she said. “But I was essentially the only girl in my class — it was a different era.”

Despite the gender imbalance, Carter was delighted to find herself among gifted and collaborative peers at USC. Both faculty and students offered intellectual support, and she enjoyed discussions with professors during office hours.

“I liked the spirit of people at USC, who really wanted to help you through and respected your efforts.”

With the master’s degree she earned in 1963 in hand, she reentered the job market.

This time, she was hired by McDonnell Douglas, the major aerospace manufacturing corporation located in Santa Monica. As a foreign national, a lengthy background examination was required to grant her security clearance. While she waited, she worked out of a trailer outside the company gates for about eight months.

Carter’s next position was at The Aerospace Corp. in El Segundo, a think tank aimed at serving the U.S. Air Force in the scientific and technical planning and management of missile-space programs. There, she worked with top scientists and conducted research on high atmospheric conditions and vacuum ultraviolet spectroscopy.

She was the company’s sole female member of the technical staff working as a physicist.

“I was used to being very successful in academic realms, but at Aerospace, I didn’t get any salary increases above the rating of ‘below average.’ I was not doing below average work, however, and it made me angry.”

A Time magazine cover story about the fledgling National Organization for Women (NOW) and feminist movement struck a chord. She got involved in the organization’s Los Angeles chapter, becoming the president in 1969.

Her involvement at NOW would become a significant time in her life. Carter became friends with a woman named Frances Lear who had come to hear her speak. Unknown to Carter, Frances was the wife of television writer and producer Norman Lear. 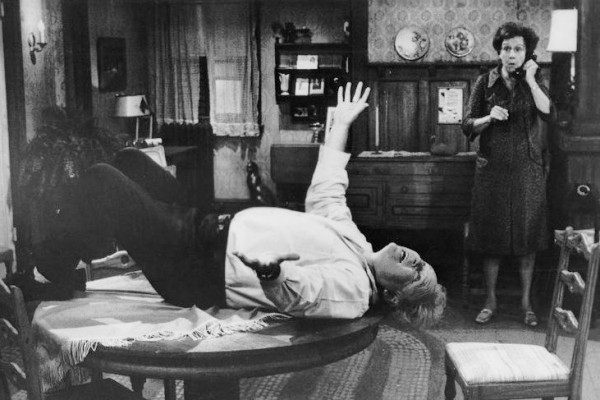 This was near the height of Lear’s success with 1970s sitcoms: All in the Family, One Day at a Time, The Jeffersons, Good Times and Maude.

“You should meet my husband,” Lear said one day. Carter could not imagine why. But she agreed as a courtesy to her friend.

As it happened, the two got along famously.

Three weeks later, Norman Lear offered her a job. When she protested that she was a physicist, he just smiled and said they would figure it out together. He was intrigued by what she could teach him about the feminist movement and how that could inform the work he was doing during “the pivot of change” ’70s.

In 1973, Carter began working with Lear or as she put it, “sitting at God’s right hand.” She was hired as director of creative affairs, and once adapted to her new role, she discovered a sense of authority and respect that had been lacking in her previous career.

“I learned so much, it was like a super graduate school,” she said.

Within a few years, Lear had the top seven shows on television. In 1976, Carter was promoted to vice president for creative affairs.

“Norman’s shows periodically touched on all kinds of delicate subjects, raising awareness on a wide range of issues from rape to women’s rights. He selected subjects his audience was already concerned about and hit them head-on. We wanted not only to entertain, but to create positive change.”

In the early 1980s, Carter created a new division that focused on movies for TV. She served as executive producer of The Wave in 1981, which earned Emmy and Peabody awards. The following year she produced Eleanor, First Lady of the World about Eleanor Roosevelt, which was nominated for an Emmy and Golden Globe awards. 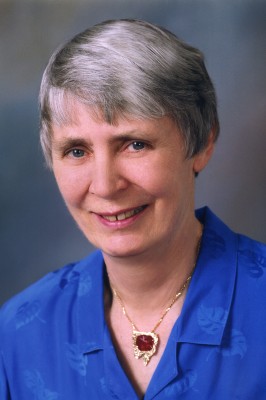 Carter earned a master’s in physics at USC Dornsife.(Photo/courtesy of Virginia Carter)

With all of her fascinating turns in life, Carter thinks back to USC as a time she learned how to hold her own.

“The critical part of getting a science degree is the exactitude, the training, the necessity of linear logic,” she said. “You just have to sit there and figure it out.”

She applied these skills to the entertainment industry.

“Staying calm and trying to find the right answer helped me a lot.”

“The restrictions I suffered so long ago are not as bad now,” she said. “There is still wage discrepancy between men and women, for sure. But, in 2014 if you yell about it, there is a good chance the yelling will work.”

Perhaps, she said, she should have been bolder herself.

“But I fear that in those days to demand equity might have been a bad move, marking me as a troublemaker. I remember myself as very hesitant to make waves. I was in my early 20s, female and it was the ’50s — hardly a good mix for rising to the top.

“I hope I don’t sound like an angry person. Life for me now is just so wonderful I go around smiling most of the time. Whatever it took to get to this place, it was worth it.”

Lauren Cole, Isabella Dake and Anastasia Zavodnick mentor their own interns and turn to the USC School of Dramatic Arts’ Professional Development Center and the Trojan Family to hire students.

The physicist who found respect with Norman Lear