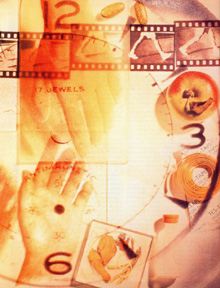 You can thank the Industrial Revolution for today’s number one killer in America-heart disease.

Before technology made possible all the fancy gizmos we have in the post-modern age, from bread machines to video games, heart disease was nearly nonexistent. Why? In part, exercise and diet. People did manual labor and walked when they needed to get somewhere; and double cheeseburgers and super-sized French fries laden with processed oils were, as of yet, unavailable.

But along with pizza delivery and microwave ovens, the modern age is heralding technology and scientific advances that are rooting out the complex causes of cardiovascular disease to better prevent it.

Researchers at the USC Atherosclerosis Research Unit (ARU) are among the nation’s leaders in looking for answers to why arteries clog, causing the disease process that ultimately ends in heart attacks and strokes. The unit’s director, Howard Hodis, M.D., director of the ARU and associate professor of medicine and preventive medicine, is a sort of heart detective, using advanced tools to understand the web of factors that underlie serious coronary problems.

“One in five Americans has some asymptomatic heart disease,” Hodis says. “And one of two Americans will die from it, whether man or woman.”

With the daily toll of heart disease in mind, Hodis and his ARU colleagues are investigating what he calls “unproven risk factors”: substances in the body that may cause atherosclerosis. Once scientists tease out these risk factors, they can create ways to fight them.

Cholesterol is probably the best known of the traditional risk factors, but researchers are on the trail of a list of others. One of the hottest potential dangers is a substance called homocysteine.

“Homocysteine, in epidemiological studies, has been shown to be as strong a risk factor for stroke and heart disease as cholesterol,” Hodis says.

That is why Hodis and his colleagues have launched one of the first randomized arterial imaging trials to look at whether taking certain vitamins can reduce the progression of atherosclerosis in healthy people by lowering homocysteine. Based at USC, and supported by a $7.4 million grant from the National Institutes of Health (NIH), it is called the B-Vitamin Atherosclerosis Intervention Trial.

The vitamins under study are ordinary nutrients found in whole-grain cereals, meats, beans and fresh fruits and vegetables: vitamins B6, B12 and folate (also known as folic acid). In supplement form, they are fairly inexpensive and readily available.

But before the health-conscious jump ahead and start buying up bottles of B vitamin supplements to head off heart disease and clogged arteries, Hodis has a warning. “Previous studies gave us hints,” he says, “but no one has definitive proof yet of the direct effects of B-vitamin supplementation.”

The Clog that Kills

Atherosclerosis, the accumulation of plaque in the arteries, accounts for more than 1.5 million heart attacks and 600,000 strokes every year in the U.S., Hodis says. It does this by blocking the flow of blood to the heart and brain. In the lower arteries, it can cause kidney problems and leg pain.

One way to understand atherosclerosis is to compare an artery to an ordinary water pipe. As water flows through the pipe over time, minerals and wastes in the water begin to collect on the inner wall of the pipe-narrowing the space through which the water flows.

In the case of human arteries, fatty plaque accumulates over time, narrowing the opening in which the blood flows.

A variety of factors, including the amount and type of fat in the diet, blood cholesterol levels, exercise habits, smoking and heredity, contribute to the build-up of these fatty deposits in the arteries. The build-up can affect any artery in the body and begins appearing as early as childhood.

Researchers who first examined this fatty plaque many years ago found a familiar substance in it: cholesterol.

After 20 years of conclusive studies to validate the importance of cholesterol in cardiovascular well-being, doctors today try to help patients lower their LDL cholesterol and raise their HDL cholesterol to stay healthy. Physicians advise changes in diet and exercise and prescribe cholesterol-lowering drugs both to prevent a first heart attack and to help prevent cardiovascular events in those who have already suffered an attack.

But physicians know that other factors must play a part in heart health, including triglycerides, fatty substances in the blood proven to be important in the progression of atherosclerosis by ARU researchers. According to Robert Kloner, M.D., USC professor of medicine, emerging factors also might include estrogen deficiency, a blood protein called fibrinogen, hepatic lipase (an enzyme that breaks down blood fats), and, finally, homocysteine.

“At the ARU, we have a great interest in other novel risk factors, independent of cholesterol and triglycerides,” Hodis explains. “And homocysteine is a promising one.”

So much so, Hodis says, that some already have dubbed it the “cholesterol” of the 21st Century.

The Key is Vitamins

Say the word homocysteine to anyone on the street and undoubtedly the result will be a blank look. It has not yet gained the popular notoriety of cholesterol-with its heart-healthy margarines and spreads stacked on supermarket shelves.

And, as Hodis notes, physicians looking at an atherosclerotic lesion will find cholesterol and triglycerides there, but they won’t find homocysteine. So what is it?

When a person eats proteins in food (often from meat), the body processes the proteins to extract an important amino acid it needs to function in good health, called methionine. “It’s found in just about everything we consume,” Hodis says. But another substance also is created as a byproduct: the amino acid homocysteine.

Certain chemical reactions in the body help get rid of homocysteine through urine or recycle it back into methionine through the liver.

But if homocysteine accumulates in the body, it is thought to become toxic to arteries and contribute to the formation of atherosclerotic plaque.

Researchers say a number of factors influence levels of homocysteine in the blood, such as genetics, gender and age (men tend to have higher levels than women, and levels appear to increase as people age), other diseases and medications. Nutrition also plays a key role.

Vitamins are critical to the body in getting rid of homocysteine, Hodis says.

Researchers hypothesize that consuming certain amounts of these vitamins in specific mixtures may provide the key ingredients the body needs for its recipe to reduce homocysteine, thereby reducing the risk of heart disease and stroke.

Over the past decade, epidemiological studies have suggested high homocysteine levels go hand in hand with cardiovascular diseases. That means that patients who were found to have heart attacks were discovered to have high levels of homocysteine in the blood.

Here’s the rub, though. Finding high levels of homocysteine in the blood of such patients does not mean that the homocysteine caused or contributed to their heart attacks or strokes, Hodis explains.

“We don’t know for certain if it’s a cause-and-effect relationship,” he says. Epidemiological studies also have suggested that B vitamins may help heart health. In fact, in 1998, Hodis, Wendy J. Mack, Ph.D., associate professor of preventive medicine, and colleagues found that multi-vitamin users in a cardiovascular health study had a significantly lower level of homocysteine in their blood. In addition, their arteries showed less atherosclerosis.

But scientists still need hard proof before suggesting that people take these supplements.

That is where randomized clinical trials, such as the B-Vitamin Atherosclerosis Intervention Trial, come into play. The ARU study will determine with high certainty the effects of B vitamin supplementation on the prevention of atherosclerosis.

Hodis and colleagues are recruiting healthy, interested people to participate in the trial, which will last 2 1/2 years. The study is free to participants.

Study participants will be expected to take a tablet of B-vitamins or a placebo faithfully every day, and avoid taking other vitamin and mineral supplements, Hodis explains. They will keep three-day records of their dietary intake (using a food diary developed at the ARU), and visit the ARU on the USC Health Sciences Campus once every three months for evaluation.

The amount of vitamins given to participants exceeds the U.S. government’s recommended daily allowance, but there is no current evidence that these doses used have any side effects, Hodis says.

The doses also exceed what people would normally get from a varied diet. Vitamin B12 can be found in meats, poultry and fish; vitamin B6 is found in organ meats, whole grain breads and legumes; and folate is found in dark green leafy vegetables, legumes and whole grain cereals, among other foods.

Researchers also will follow the progression of atherosclerosis in each participant through advanced imaging techniques.

Doctors can look at a patient’s arteries from outside the body through ultrasound, the same technology used to view a developing fetus in a woman’s uterus. This technology allows them to precisely measure the thickness of blood vessel walls in the neck, the intima-media thickness. ARU scientists in collaboration with scientists at the Jet Propulsion Laboratory developed this unique technique.

The imaging technology enables researchers to see just how fast a participant is advancing toward serious vascular disease-without having to wait 40 years for an eventual heart attack or stroke. That makes the study unique.

“The B-Vitamin Atherosclerosis Intervention Trial is the only atherosclerosis imaging trial of healthy individuals funded by NIH,” Hodis notes.

In addition to atherosclerosis imaging of the carotid arteries, participants will undergo a heart scan, a non-invasive way to see calcium in the arteries of the heart and another way to assess the effects of B-vitamins in the progression of cardiovascular disease. In addition, participants will receive other free benefits including cholesterol measurements, blood pressure monitoring and annual electrocardiograms.

Hodis encourages minorities and individuals 60 years of age and older to participate and for potential participants to discuss the program with their physicians.

Anyone who would like to learn more or see if they qualify for the trial should contact the ARU clinic by calling toll-free (866) 240-1489 from 8 a.m. to 3 p.m. Monday through Friday, or visit the Atherosclerosis Research Unit web site at www.usc.edu/medicine/ARU. Qualified individuals will be invited for a screening visit at the ARU clinic.

Who is eligible for the B-Vitamin Atherosclerosis Intervention Trial? Participants must:

* be 40 years of age or older
* not have heart disease
* be willing to take folate, vitamin B12 and vitamin B6
* want to control coronary heart disease and stroke
* be interested in good health

Contact the Atherosclerosis Research Unit clinic by calling toll-free (866) 240-1489 from 8 a.m. to 3 p.m. Monday through Friday, or visit their web site at www.usc.edu/medicine/ARU.