The USC Price School of Public Policy has received a gift of approximately $2 million from the estate of David and Lee Hayutin to provide scholarships for Naval Reserve Officer Training Corps (NROTC) students at USC.

Serving as a testament to the strength of the NROTC community, the couple created this scholarship fund in honor of Anna Hawley Searles, the program’s former long-serving academic coordinator.

Standout applicants for the NROTC Scholarship Program will be awarded scholarships through a highly competitive selection process, and they receive full tuition, books, fees and other financial benefits at the university. Upon graduation, midshipmen are commissioned as officers in the U.S. Navy or the U.S. Marine Corps.

Through the David and Lee Hayutin NROTC Scholarship Fund, USC will further expand its capacity to educate and train highly qualified young men and women for service as commissioned officers in the nation’s armed services. This is the largest gift in the program’s history, which dates back to 1940.

This gift will expand our capacity to help young servicemen and women access a world-class education.

“The David and Lee Hayutin NROTC Scholarship Fund is a tremendous investment in the university’s Naval Reserve Officer Training Corps program, which boasts a noble history of preparing young officers with the discipline, character and integrity needed in all great leaders,” said USC Price Dean Jack H. Knott. “This gift will expand our capacity to help young servicemen and women access a world-class education that instills in them the highest standards of honor, courage and commitment.”

A tribute to lifelong connections

David Hayutin served as a naval reserve officer at USC more than 60 years ago, graduating in 1952 with a degree in physics from the USC Dornsife College of Letters, Arts and Sciences. He later completed his law degree, graduating from the USC Gould School of Law in 1958.

Now over six decades later, this gift serves as a tribute to the lifelong connections formed in the NROTC program at USC, among the officers themselves and between the officers and program staff.

“The David and Lee Hayutin NROTC Scholarship Fund is a true testament to the closeness of the NROTC community and of the Trojan Family as a whole,” said Regina Nordahl, associate dean at USC Price and university liaison for the NROTC program. “I know I speak for all of my colleagues in the program when I say that it is a privilege to serve the NROTC community at USC, and the relationships I have formed with officers over the years are some of the most cherished moments in my career.”

Searles: a mentor to midshipmen 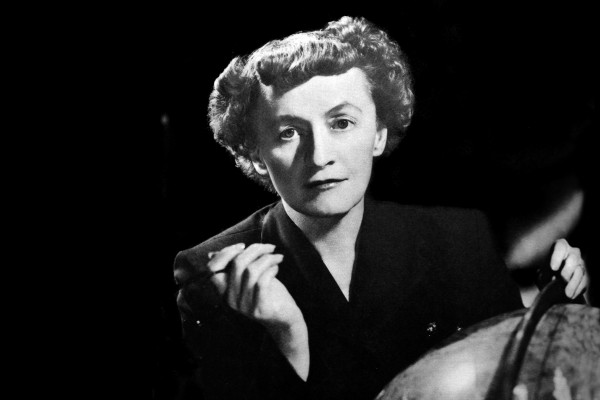 Over the course of her tenure at USC, Searles mentored close to 1,000 NROTC midshipmen. A scholar in her own right, Searles authored and co-authored 19 books in the fields of literature and character education.

Character was indeed a reoccurring theme throughout Searles’ tenure at USC. She often wrote about the tremendous privilege and responsibility that officers have to uphold the highest standards of character, both in service and in civilian life.

“A good character is a system of refined and reliable habits. You would not be in that uniform unless you had acquired these habits along the way,” Searles wrote in the 1955 edition of the Trojan Sea Horse, the NROTC program’s annual yearbook. “It is a great challenge to wear on your sleeve the evidence of the manner of man you have made of yourself. It is a great achievement to be worthy of the confidence and trust of those in authority who have chosen you for the high test of command.”

Since Searles’ retirement from USC in 1958, there have been three other academic coordinators for the NRTOC program at USC — all of whom have been women.

The David and Lee Hayutin NROTC Scholarship Fund will award its first scholarships to students in fall 2015. In addition to supporting NROTC scholarships at USC, the Hayutin family left $2 million to USC Gould to provide scholarships, with preference for students who served honorably in the U.S. Navy.

The Hayutin gift advances the Campaign for the University of Southern California, a multiyear effort that seeks to raise $6 billion or more in private philanthropy to advance USC’s academic priorities and expand its positive impact on the community and world. Three years after its launch, the campaign has raised more than $3.71 billion.

USC President Steven B. Sample and Edward P. Roski Jr., ’62 chairman of the USC Board of Trustees, saluted the more than 700 USC students, faculty and staff members associated with the U.S. armed forces at a gala dinner on March 3 at the Westin Bonaventure Hotel.

ROTC Marches In to Help Boost Reading at Weemes