In 1879, Judge Robert Maclay Widney managed to secure 308 lots of land and assemble a board of trustees in order to establish a university in Los Angeles.

The University of Southern California was founded the following year, thanks to the land donated by three men — all prominent community members and all of different religious persuasions: the German Jewish banker Isaias Hellman, a Methodist horticulturalist named Ozro Childs and the Irish Catholic former California Gov. John Gately Downey.

The multifaith origins of USC are reflected by the multidisciplinary and multireligious character of a new Ph.D. program at the USC School of Religion (SOR), housed in the USC Dornsife College of Letters, Arts and Sciences. The application deadline is Dec. 1 for the program, which will launch in fall 2015.

Taught by 15 core religion faculty members, the degree combines substantive research with contemporary relevance. The idea is that influential studies in the field of religion require both field-specific expertise and meaningful engagement with contemporary issues. The degree aims to enable scholars of both ancient and contemporary traditions to contribute to broader public discussion of religion. 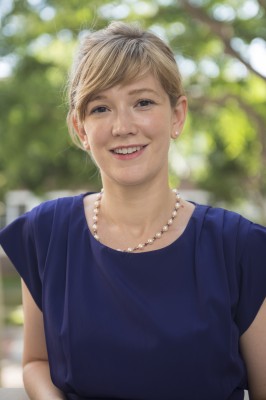 These tracks build on existing strengths among our faculty.

“These tracks build on existing strengths among our faculty,” Meeks said. “They also build on strengths within the university, such as relevant library collections, language programs and research centers.”

On the right track

The Asia Pacific Religions track will train students in the foundational texts, histories, sociopolitical and cultural impact of religions in the pre-modern and modern Asia Pacific. These religions include Hinduism, Buddhism and other religious movements in the region as well as other parts of the world.

Comparative Christianities focuses on the vast global range of historical and contemporary Christian traditions. Rather than exclusively studying textual and intellectual traditions, this track integrates the social, cultural and material dimensions of religion. The track also challenges students to frame their research in transnational and transhistorical terms.

Global Islam centers on the worldwide dimensions of the Islamic tradition, stretching the traditional confines of the Middle East, Africa, and South and Southeast Asia to include Islam, Islamic thought, Muslim culture and Muslim communities in the modern Western world.

In another unique feature of religious studies at USC Dornsife, students can take advantage of the faculty’s participation in USC’s many research centers and institutes, which sponsor lectures, seminars and fellowships. Religion faculty are affiliated with 17 research centers on campus.

Duncan Williams, associate professor of religion and former chair of religion, was instrumental in shaping the proposals for the degree and working with faculty to think through requirements and areas of specialization.

USC is perfectly positioned to put a distinctive stamp on the teaching and research of religion.

“By taking advantage of its location in Los Angeles and on the Pacific Rim, USC is perfectly positioned to put a distinctive stamp on the teaching and research of religion,” said Williams, who also is director of the USC Shinso Ito Center for Japanese Religions and Culture. “Los Angeles, more than any other city in the world, has the potential to create a transformative model for the kinds of liberating, pluralistic explorations of faith that give students an opportunity to talk across the divides of culture and religion.”

Meeks noted that there are innumerable communities in Los Angeles related to each of the three tracks and diverse communities in general representing most parts of the world.

Sherman Jackson, holder of the King Faisal Chair in Islamic Thought and Culture, and professor of religion, and American studies and ethnicity, will head the Global Islam track.

“Our unique combination of faculty, our location in the religiously diverse greater Los Angeles area and our high level of comfort with bringing the academic study of religion into conversation with the realities of actual religious communities, promise to place our program among the best in the country.”

Jackson, director of the USC Center for Islamic Thought, Culture and Practice, will serve as director of graduate studies in religion when the new program launches.

“We will train our students in the respective textual traditions,” he said, “expose them to the relevant interdisciplinary tools of investigation and then guide them on how to extend this expertise into a critical engagement with religion in society, past and present.”

Williams said that he and his seven faculty colleagues in the Asia Pacific Religions track aim to become the premier national institution for the training of students in the histories, spiritual practices and religious texts of the premodern, modern and contemporary Asia Pacific region.

“Unlike universities on the East Coast, which face Europe, where the study of religion is inextricably linked to divinity schools and Biblical studies, USC is unburdened by a sectarian orientation,” Williams added.

Meeks said the emphasis of the program is on transnational connections and interdisciplinarity.

“We want students to think about religious traditions, not just in a single time and place, but as they change over time and across different parts of the world,” she said. “We see this as a strength of our program.”

Meeks pointed out the many opportunities that will exist for students. For example, they may network with and learn from the speakers and experts coming to campus to give lectures and conduct workshops. SOR also anticipates funding opportunities for research assistantships through many of the related centers on campus.

Jackson said the school has wholeheartedly welcomed the new program.

“I am deeply gratified by the palpable warmth and collegiality of our department,” Jackson said, “which adds welcome intangibles to the overall academic atmosphere and is bound to enhance our graduate students’ personal and ‘socio-scholarly’ experience.”

Two leaders in religion and media join forces this fall as the USC Annenberg School for Communication and Journalism becomes the new home of Religion Dispatches.

Dramatic Growth for the Center for Religion and Civic Culture