USC’s erstwhile kings and queens of the beach will return to campus for the first USC Volleyball Legends Homecoming Sand Tournament Oct. 17-18 at Merle Norman Stadium. 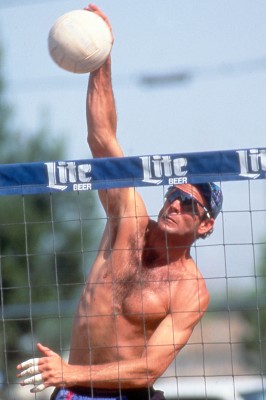 Serving as honorary legend of the two-day event will be Ron Lang, 77, a 1964 Olympian and Volleyball Hall of Famer who won nearly 50 beach tournaments.

Hosted by the USC Men’s Volleyball Booster and Alumni Club, the tournament will begin at 5 p.m. on Oct. 17 and then at a time to be determined on Oct. 18, depending on the kickoff of USC’s homecoming football game against Colorado that Saturday.

The U.S. Women’s National Volleyball Team will host Bulgaria in two exhibition matches at the Galen Center on July 16 and 18.

Hayley Crone aces a conversation about athletics, academics, teamwork and life beyond the nets.

Football coach excels off the field

For nearly 30 years, USC coach John Baxter has been an inspirational leader for some of the nation’s best college football teams.

COVID-19 has dealt a serious blow to the U.S. economy

USC researchers have found that, by both sickening the workforce and changing people’s behavior, the coronavirus has been an economic disaster beyond even the Great Recession.