In a rare distinction for one university, neuroimaging world leaders and USC Professors Arthur Toga and Paul Thompson will receive two major research center awards to advance their exploration of the human brain.

Toga and Thompson each will establish a Center of Excellence under a National Institutes of Health initiative to mine discoveries from the vast and exponentially growing amounts of data created by imaging science, genetic sequencing and many other biomedical fields.

The awards total $12 million and $11 million for Toga and Thompson, respectively, over four years. NIH is funding several Centers of Excellence, including the two at USC, under its Big Data to Knowledge initiative.

The two researchers’ teams have gathered what they believe to be the world’s largest collection of brain scans. The collection is housed at the USC Institute of Neuroimaging and Informatics and continues to double in size every two years. The two center grants will allow the researchers to move from data collection to large-scale analyses that could point to new treatments for autism, Alzheimer’s disease, mental illness and many other neurological diseases and disorders. 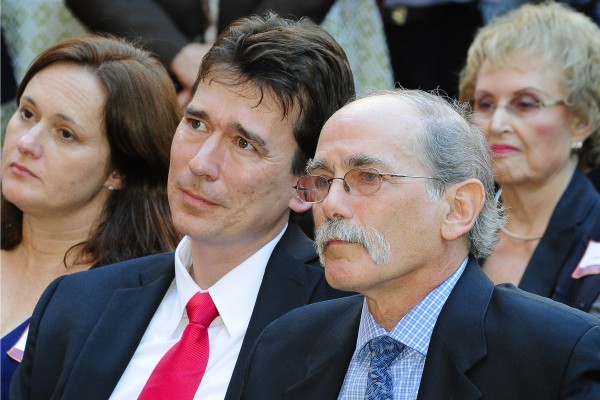 Professors Paul Thompson and Arthur Toga, right, during a reception honoring them in 2013 (USC Photo/Gus Ruelas)

Toga and Thompson came to USC a year ago as leaders of a massive neuroimaging cluster of 110 faculty, researchers and multidisciplinary staff. Their recruitment was a signature moment in the university’s drive to attract scholars with the potential to transform their fields.

When the recruitment was announced, USC President C. L. Max Nikias said: “This cluster hire will help us move one step closer to understanding the structure and function of the human brain.”

The NIH initiative signals the agency’s commitment to invest in the same goal. The university’s own Digital USC initiative, established last year by Provost Elizabeth Garrett, supports neuroimaging research as part of a commitment of $1 billion over 10 years toward gathering, interpreting and applying digital data on a massive scale.

“In receiving substantial grants supporting one of the NIH’s priority initiatives, Professors Toga and Thompson and their USC colleagues expand this university’s leadership in the areas of neuroscience, informatics and big data. More important is the potential for consequential research produced within these new centers to influence our basic understanding of the brain and identify causes of brain-related diseases,” Garrett said.

Toga’s NIH award will establish the Big Data for Discovery Science Center, which aims to develop database systems and computational strategies to help scientists and physicians mine complex data about the brain.

“The unifying focus of the BDDS Center is to promote a ‘science of discovery,’ ” said Toga, who also directs the USC Institute for Neuroimaging and Informatics. “Around the globe, we are collecting massive amounts of biomedical data, but the technology to process it all does not exist. We are proposing to create the framework that is essential to truly understand how the brain works and functions.” 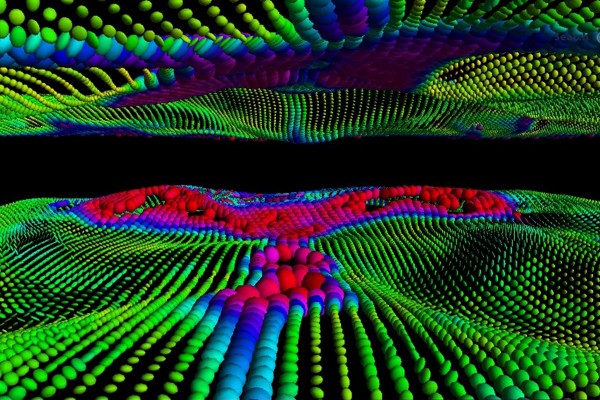 Images of the human brain like this one can describe diffusion in the brain, allowing researchers to determine connections between brain areas and measure differences in wiring from person to person. (Image/Courtesy of the USC Institute for Neuroimaging and Informatics and Laboratory of Neuro Imaging)

Thompson will head the ENIGMA Center for Worldwide Medicine, Imaging and Genomics, a global consortium of more than 300 researchers sharing data to study nine major brain diseases. The global effort is developing tools to discover predictive factors in the genome that affect brain development and disease.

“ENIGMA is the largest alliance in the world studying factors that help or harm the brain,” said Thompson, who also is director of the USC Imaging Genetics Center. “We will develop new computational algorithms to integrate this vast array of data available to us to find biomarkers of mental illness and brain diseases, allowing for better diagnostics and more personalized medical treatment. In a way, we are extending the mathematics currently used for code-breaking and pattern recognition to find patterns in the brain.”

The NIH launched the BD2K initiative in 2013 to support research, implementation and training in data science that would enable biomedical scientists to maximize the use of large datasets in their studies.

Toga is a Provost Professor in the departments of ophthalmology, neurology, psychiatry and the behavioral sciences, and radiology at the Keck School of Medicine of USC, with a joint appointment at the USC Viterbi School of Engineering. In addition to directing the Institute of Neuroimaging and Informatics, he leads the Laboratory of Neuro Imaging, also at USC.

Thompson is associate dean for research and professor of neurology, psychiatry and the behavioral sciences, radiology, pediatrics and ophthalmology at the Keck School of Medicine, with a joint appointment at USC Viterbi. In addition to directing the USC Imaging Genetics Center, he serves on the faculty of the Institute for Neuroimaging and Informatics and the Laboratory of Neuro Imaging.

USC is about to get even brainier. Already a leading center for research on the neurological basis of emotion, the university announced on May 10 a major cluster hire of about 110 faculty, researchers and multidisciplinary staff in the field of brain mapping and neuroimaging.

USC aims to further broaden its digital reach through a new initiative in digital knowledge and informatics, announced USC Provost Elizabeth Garrett in a memo to faculty and staff.

Don Arnold of the USC Dornsife College of Letters, Arts and Sciences has received the 2012 McKnight Technological Innovations in Neuroscience Award.

Collaboration is key to new program in the neurosciences