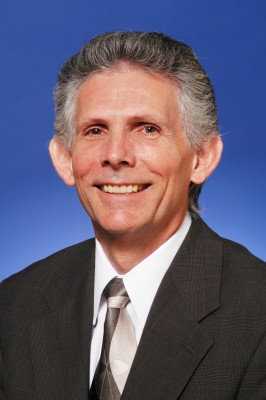 As a young man in the 1960s, Dwight Tate, MSW ’77, saw the devastating effects of the Vietnam War on its veterans.

“I’ve come to realize and understand that the biggest mistake we as a society made was turning our back on veterans. We had every right to condemn the war itself but not the warriors,” he said. “I don’t want us to make the same mistake again.”

To ensure veterans are served as well as they possibly can be, Tate and his wife, Kathy Wright, have made a gift of $600,000 to establish the Dwight Tate Endowment Fund to provide scholarships for veterans and military spouses pursuing a Master of Social Work at the USC School of Social Work.

Tate and Wright are big supporters of higher education for veterans, having previously funded veteran scholarships at a community college near their home in Riverside, California. In addition to supporting veterans and their families who want to help others by getting an MSW, Tate would like to increase the number of specially trained social workers and behavioral health professionals who would be able to meet the unique needs of military service members and their families. Veterans and their families often deal with myriad issues, including post-traumatic stress, depression, substance abuse, unemployment and more.

“It makes all the difference in the world for social workers to have professional training in the kinds of things veterans experience and the challenges they face,” he said. “It gives clinicians a step up in their first interactions with veteran patients, and those patients are that much better served.”

Kimberly Finney, a clinical associate professor with the USC School of Social Work who serves as chair of the school’s Military Social Work and Veteran Services specialization, agrees.

Tate hopes that by assisting veterans in attaining a top-ranked social work education that all veterans will be better off.

“Our service members and veterans deserve the very best that we can offer as it relates to psychological and medical health. But where we fall short as a society is being ready to provide the very best of services, and that means being knowledgeable and well-trained to work with a military population,” said Finney, herself a veteran. “The School of Social Work is leading the charge in training social workers to be mission-ready.”

The opportunity to fulfill a dream

Tate also pointed to the Virtual Patient and Motivational Interviewing Learning Environment and Simulation (MILES) programs housed at the school’s Center for Innovation and Research on Veterans & Military Families as some of the innovations developed by USC that will help veterans reintegrate back into their communities. Both virtual reality projects were developed in conjunction with the USC Institute for Creative Technologies to help social workers and students learn how to counsel veterans using avatars in simulated therapy sessions.

“Social work students who are also veterans can inform the programming for this artificial intelligence on what the real issues are, thereby helping other students interacting with service members and their families,” Tate said.

Tate got his start helping others first as a substitute school teacher, then at a hospital where he worked with people with developmental disabilities and their families, before deciding to get an MSW from the USC School of Social Work. He worked as a licensed clinical social worker for 20 years before transitioning into financial advising, from which he is now retired. Tate has continued to serve his community by volunteering at nonprofit organizations, including as chair of the board of directors for The Carolyn E. Wylie Center for Children, Youth & Families.

While students who receive a scholarship from this new endowment fund won’t have to specialize in military social work as an area of study, Tate hopes that by assisting veterans in attaining a top-ranked social work education that all veterans will be better off.

“I want to make sure they have the opportunity to fulfill their dreams,” he said.

Science saved his life at 21, and now this Trojan is on a mission

Tianli “Sheldon” Ding is studying the healing potential of stem cells, the type of cell that once threatened his life through cancer.