Norbert Schwarz has been honored with the 2014 Donald T. Campbell Award from the Society for Personality and Social Psychology (SPSP).

The Provost Professor of Psychology and Marketing at the USC Dornsife College of Letters, Arts and Sciences received the accolade for his scholarly achievement and sustained excellence in social psychology research.

“The Donald T. Campbell Award from the SPSP is one of the biggest honors you can receive as a social psychologist,” said Schwarz, founding co-director of the USC Dornsife Mind and Society Center. “The award is given for long-term contributions to the field, so being recognized by your colleagues is a very important thing. It’s a very nice confirmation that came completely unexpectedly.”

Schwarz will be presented with the award at a ceremony to be held in February at the society’s 16th annual meeting.

His research focuses on human judgment and cognition, including the interplay of feeling and thinking. He examines how basic cognitive and communicative processes impact public opinion, consumer behavior and social science research. 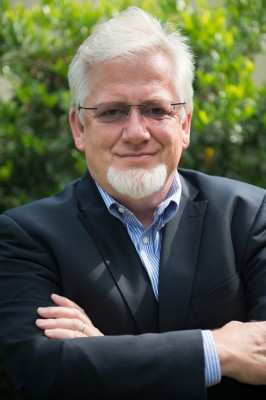 “I’m interested in how we see the world and our lives and how the way we think about these things can be hugely influenced by little stuff that should not make a difference,” he said.

For example, in an early experiment, people were interviewed a few minutes after finding a dime. A control group, who did not find the dime, were also interviewed and the results were compared.

“People who found a dime were more satisfied with their lives, wanted to change them less and also assumed the economy would improve,” Schwarz said. “The mood-enhancing effect of finding that dime makes you feel more positive in the moment, and you are misreading that feeling as being about whatever you are thinking about.”

Schwarz also found that our risk perception, as well as the ability to distinguish truth from falsehood, depends on gut responses rather than hard facts.

“If things feel familiar because people have heard or seen them before, they feel they are more likely to be true,” he said.

“People ignore the facts in favor of gut reaction. So much is based on feeling rather than facts.”

Prior to joining USC Dornsife in January, he taught psychology at the University of Michigan, where he also held appointments in the Institute for Social Research and the Ross School of Business.

Forum explores cultural differences in the psychology of aging

On a magnitude unthinkable to most Americans, China is rapidly undergoing a total transformation due to the aging of its population.

The American Psychological Association has awarded seven-year accreditation to the Psychology Postdoctoral Fellowship Training Program of the USC Center for Excellence in Developmental Disabilities.